For 12 weeks now, the Catholic Church in Germany has been rocked by an abuse scandal. Now a German bishop has quit his office. But Bishop Walter Mixa's exit was not because of sexually abusing minors, but rather because of a few slaps in the face and the sloppy use of Church funds.

Sources in the Catholic Church talked of "relief" at Mixa's departure, while Alois Glück, president of the Central Committee of German Catholics, also described Mixa's resignation as a "great relief."

But this raises the question: Relief from what, exactly? Is it a relief to have finally gotten rid of someone who has long been seen as a burden, given his loose tongue and his conservative attitudes? Or is it a relief to make a reconciliatory gesture to an enraged public which is demanding concrete action on the abuse crisis?

Anyone who is familiar with the world of German bishops and their immense respect for the opinion of the secular public would tend to assume that the bishops were mainly thinking of their own precarious situation when they urged their brother to abandon his office.

But anyone who knows the course that these kinds of scandals normally take, can only advise the bishops that their hopes of calming the situation are in vain: Things have simply gone too far.

The abuse debate has now reached a level in which anyone asking questions about the scale of the abuse is seen as playing down the scandal. Those monitoring the subject have long lost count of how many victims there really are. Does the figure run into the thousands or the tens of thousands? And where is the line between unpleasant but minor losses of control, on the one hand, and scandalous crimes, on the other? It's a line that has been constantly blurred during the recent debate.

The victim discourse is too tempting -- both for the victims and also for their audience. The event that makes someone into a "victim" is often used to explain everything which happens afterwards. One can absolve oneself of responsibility for unavoidable defeats and setbacks -- even an entire life which maybe did not work out quite as one had hoped.

The Devaluation of Real Abuse

So now every insult and criticism has been retold in the public domain, where it receives an attentive ear. It is inappropriate to question a victim about the plausibility of their experiences, as that would humiliate them a second time. As a result, certain events, which might otherwise be considered unpleasant but unremarkable parts of growing up, get labeled as traumatic.

This inflation of victimhood leads to a creeping devaluation of real abuse cases, which doubtless do exist in shameful numbers. Where everything is given equal importance, individual cases lose their significance.

Meanwhile, the threshold of what constitutes humiliation or even abuse is being lowered. In the 1970s, a slap in the classroom was seen as a minor loss of control -- but today it can be considered reason enough for a prolonged course of therapy. The insidious thing about this kind of debate is the vagueness of many of the allegations, which makes the outcome of current investigations unpredictable. Much depends on how a suspected perpetrator behaves: If he is adept at using the current buzzwords, he has a much better chance of getting off the hook than the fool who commits himself to a position too early. Many observers think that Mixa would still be in office today if he had promptly admitted to one or two slaps, combined with a few words of apology.

There might be some truth to this assumption. But it doesn't make the situation any better. 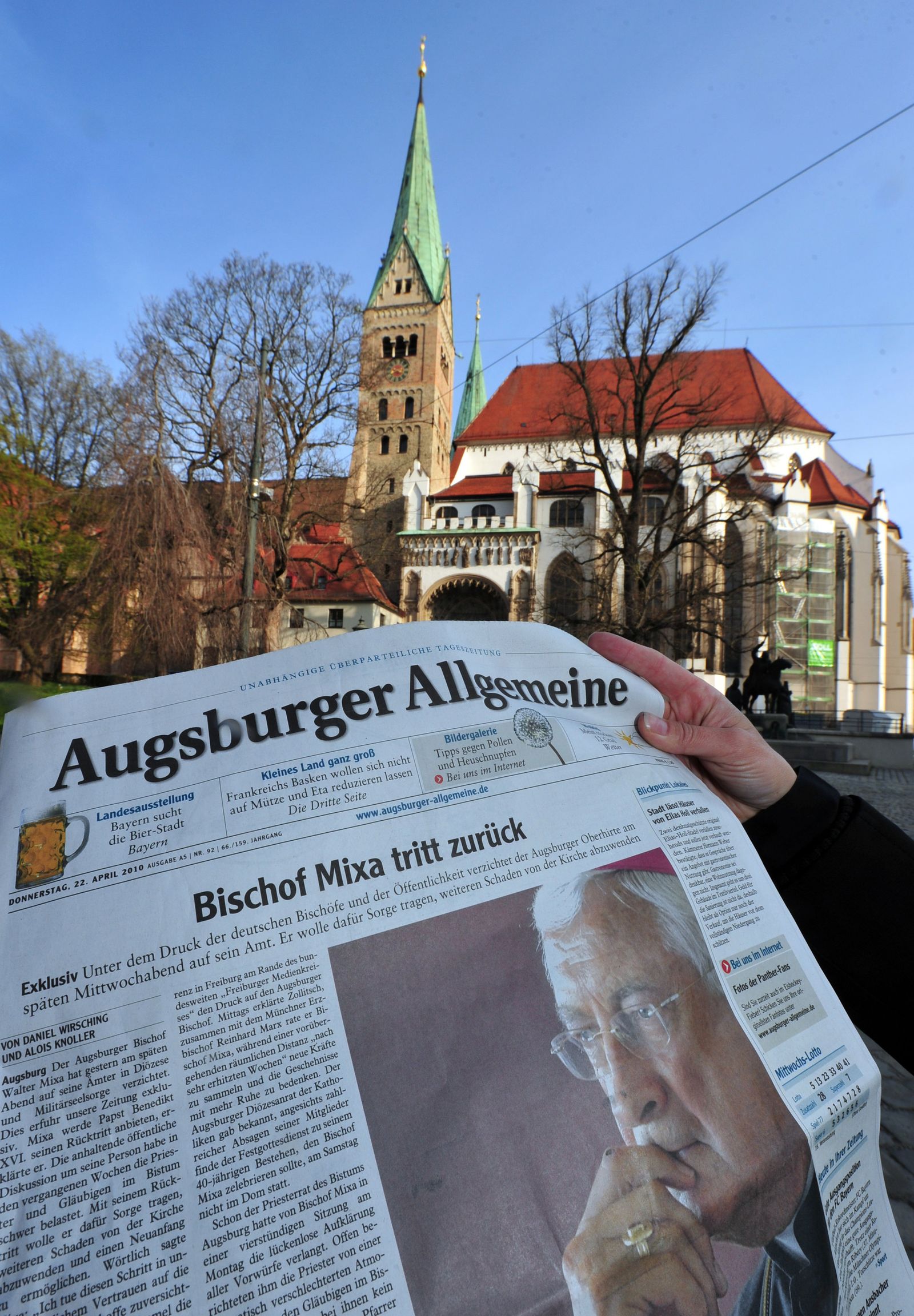 "Mixa Steps Down" reads the headline. Relief at the bishop's resignation was widespread. But what happens next?