An unexploded British aerial bomb from World War II discovered in the German town of Viersen had to be detonated on Monday night, tearing a crater in a pedestrian zone in the town center and causing major damage to surrounding buildings, two of which were rendered uninhabitable, authorities said.

It was the second such incident in three weeks after a wartime bomb was blown up in the center of Munich at the end of August.

Unexploded aerial bombs from the war are still found on an almost weekly basis during construction work in Germany and experts have been warning that the detonating mechanisms are becoming so brittle that it is increasingly difficult to defuse the bombs safely.

The 250-kilogram (550-pound) bomb found in Viersen, northwestern Germany, had a chemical delay-action fuse. A total of 8,000 people had to be evacuated from their homes on Monday afternoon.

Bomb disposal specialists decided they had no option but to conduct a controlled explosion at the site because defusing the bomb or even moving it could have caused it to detonate.

Delayed-Action Fuse May Have Been Set in Motion

"The damage was unavoidable," said Dieter Daenecke, the head of the disposal team. He said construction workers had inadvertently moved the bomb quite roughly when they found it and that it had slid further down into a pit. "So we had to assume that the delayed-action fuse had been set in motion," Daenecke said.

The blast blew in windows, damaged roof tiles and covered facades with mud.

The controlled explosion in the center of Munich on Aug. 28 also caused damage and hurled a fireball into the night sky. That blast was an eerie reminder of the Allied bombing campaign in which 1.9 million tons of bombs were dropped on Germany, which had itself waged devastating bombardments of cities including London, Rotterdam and Warsaw.

The Viersen explosion coincided with the successful defusing of a 250-kilogram aerial bomb in the port of Hamburg on Monday evening. The bomb was lifted out of the water by a dredger and 700 people were evacuated. It was stable enough for the fuse to be screwed out. 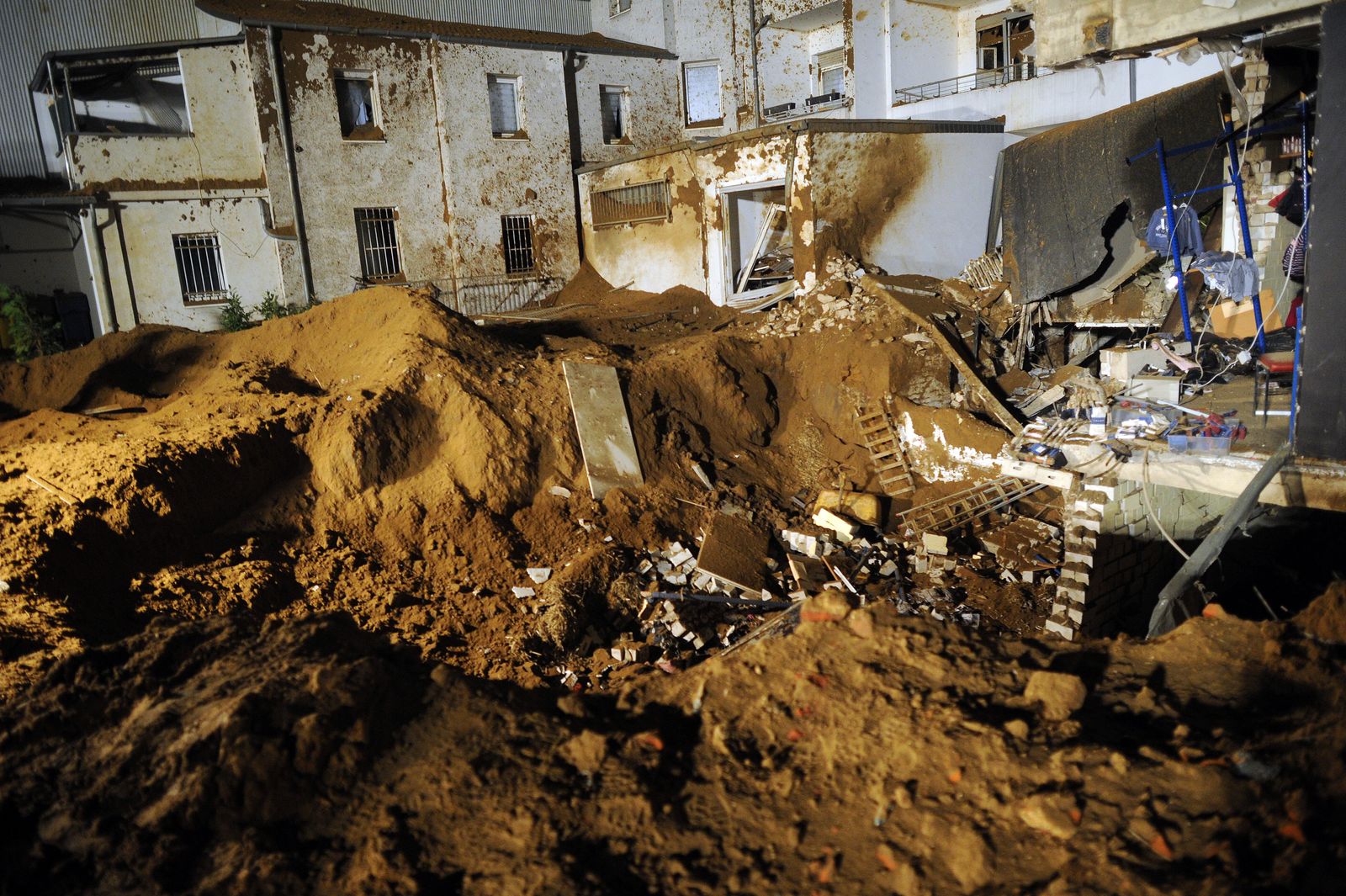 The crater torn by the bomb in the controlled explosion in Viersen.