German Chancellor Angela Merkel, 59, has cancelled many of her appointments after injuring her pelvis while cross-country skiing in Switzerland during the Christmas break.

"She fell. While cross-country skiing. We think it was at low speed," government spokesman Steffen Seibert said. He said she had suffered "heavy bruising combined with an incomplete fracture of the left rear pelvic ring."

Merkel spent her Christmas vacation in the Swiss resort of Engadin.

The injury means Merkel will have to lie down as much as possible for the next three weeks, will need crutches to walk and is unable to fly. This week, she has had to cancel a visit to Poland and the inaugural visit of the new Luxembourg Prime Minister, Xavier Bettel, to Berlin.

The injury comes on the heels of the horrific skiing accident suffered by German seven-time Formula 1 world champion Michael Schumacher. He was said on Saturday to be in critical but stable condition after suffering serious head injuries while skiing in the French resort of Meribel on December 29. 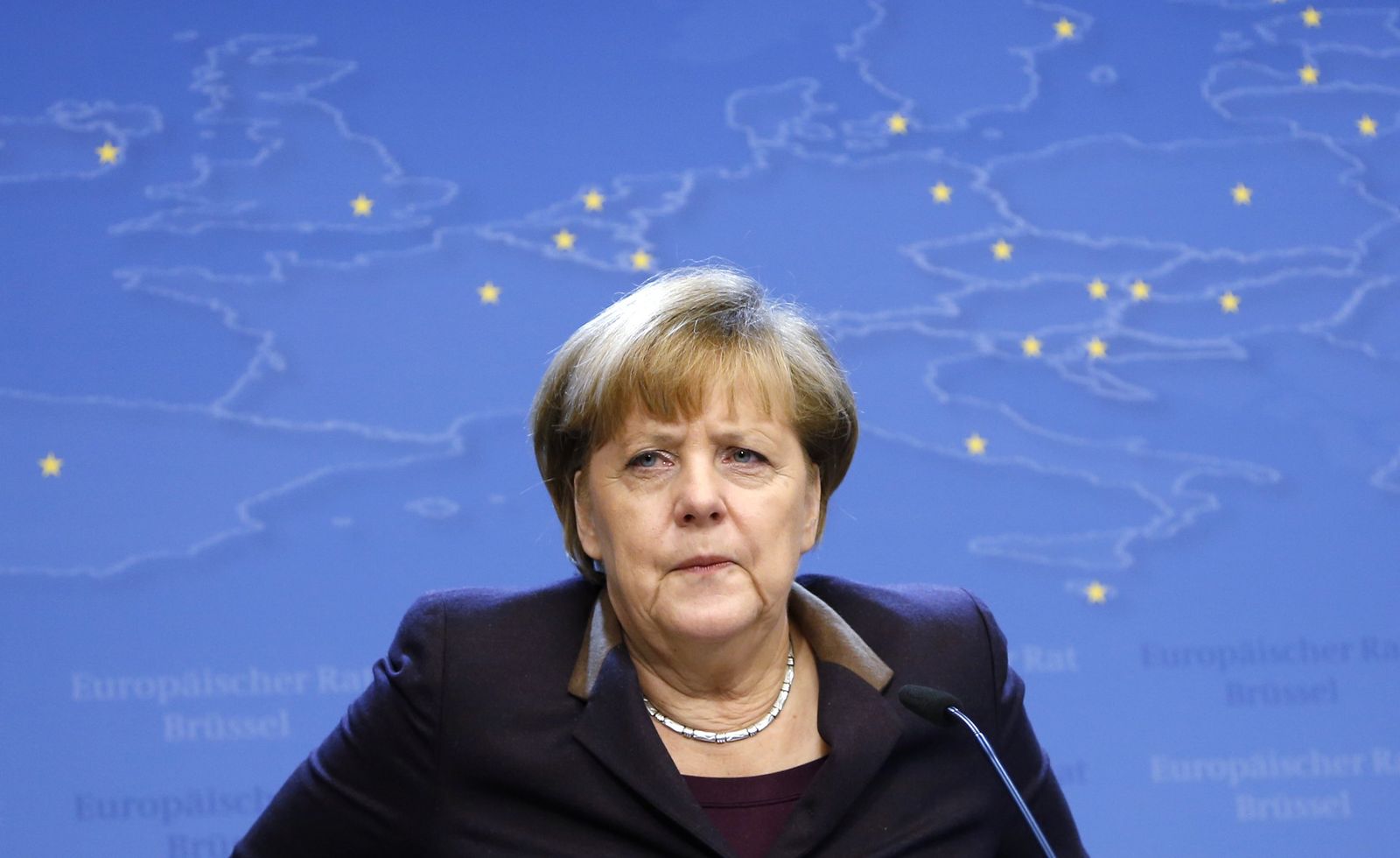 Chancellor Angela Merkel broke her pelvis in a skiing accident.