The following passages have been excerpted from the interview with Martin Schulz DER SPIEGEL published online on Thursday. The former president of the European Parliament is running against Angela Merkel as the center-left Social Democratic Party's chancellor candidate.

DER SPIEGEL: Before the U.S. election, you told us that as president of the United States, Donald Trump would be "not only a problem for the EU, but also for the entire world." You were right.

Schulz: It has actually been far worse.

DER SPIEGEL: What do you mean by that?

Schulz: It was clear to me that the White House's solemn atmosphere would not civilize Trump. But the merciless nepotism with which he conducts politics, in which he places himself and his family above the law, I wouldn't have considered that possible. And on top of that there is this reduction of complex political decisions to 140 characters. When it comes to a U.S. president, I consider the reduction of politics to a tweet to be truly dangerous. Trump is a risk to his country and the entire world.

DER SPIEGEL: How would you deal with Trump if you became chancellor?

Schulz: Fifteen years ago to the day, Gerhard Schröder showed how it is done by giving an unequivocal 'no' to a U.S. president on his war of aggression against Iraq that violated international law. At the end of the day, men like Donald Trump need to be given that which they themselves dispense: clear messages. I would confront him as clearly and explicitly as possible. It is not only the right, but also the duty, of the leader of a German government to do that.

DER SPIEGEL: That sounds a bit like a staged fight.

Schulz: Trump believes politics is a staged fight. But it is not. Still, clear words are sometimes needed in politics. In that sense, I believe I am better than Mrs. Merkel. 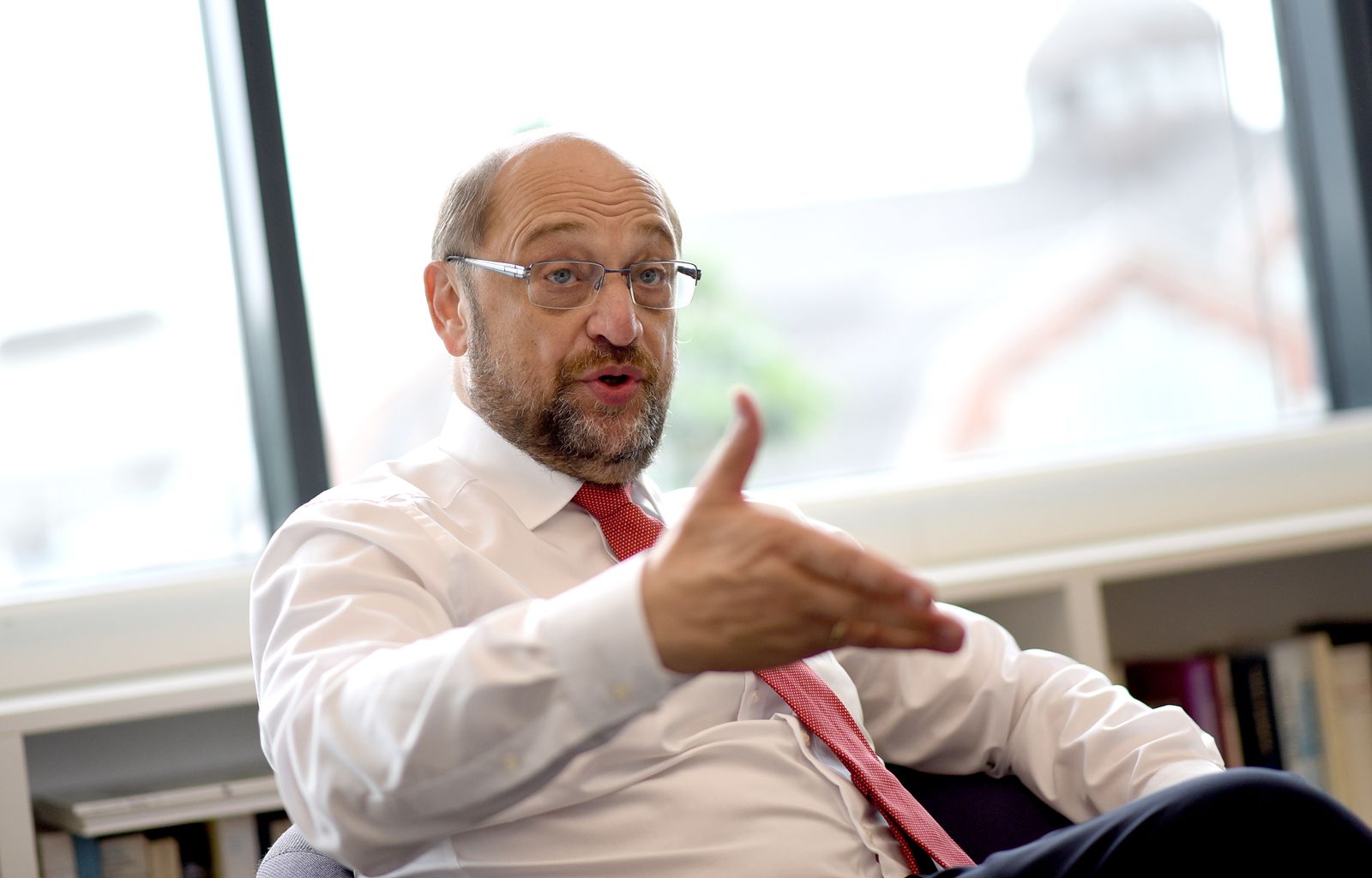