German cities are concerned about the increased numbers of Romanians and Bulgarians migrating to Germany in recent years. "The social balance and social peace is extremely endangered," reads an internal paper produced by the German Association of Cities, which SPIEGEL has seen.

The document notes that many immigrants from southeastern Europe move into parts of German cities that suffer from high unemployment. In particular, Berlin, Dortmund, Duisburg, Hamburg, Hanover, Munich and Offenbach are said to have experienced difficulties with absorbing the large number of newcomers. In some cities, immigration from Romania and Bulgaria has increased six-fold since 2006.

Of particular concern is that many of those coming from southeastern Europe come from financially instable backgrounds, the paper notes, and are not well educated, making it virtually impossible for them to find jobs once in Germany. The influx of Roma, the document says, presents an especially difficult challenge given that they often end up living in desolate conditions once they arrive.

The German Association of Cities is currently in the process of analyzing the problem, with several working groups examining discrete aspects of the issue and exchanging ideas for possible solutions. The group is also looking at what kind of assistance that it might request from the European Union or from the German federal government in Berlin. According to the Association paper, German municipalities face "significant costs as a result of this poverty migration."

"We expect serious support from the federal government," Detlef Scheele, responsible for the social portfolio for the city-state of Hamburg, told SPIEGEL. He has also called for a working group representing German states to meet this week to examine the problem.

Concerns about increased immigration from Romania and Bulgaria are by no means limited to Germany. The German Association of Cities notes that several other cities in Europe are likewise struggling to absorb the newcomers.

Indeed, Britain generated numerous headlines last week when it was reported that the country was working on ways to convince potential immigrants not to come, including launching a reverse PR campaign portraying Britain in a negative light. The Guardian even asked its readers to submit their own posters of what those adverts might look like.

Romania, meanwhile, took a more humorous approach. The Gandul news website launched a campaign to try and attract Britons to Romania. "Half of our women look like Kate. The other half, like her sister," read one mock advertisement in reference to Kate Middleton and her sister Pipa. The tagline on the poster reads: "We may not like Britain, but you will love Romania. Why don't you come over?" 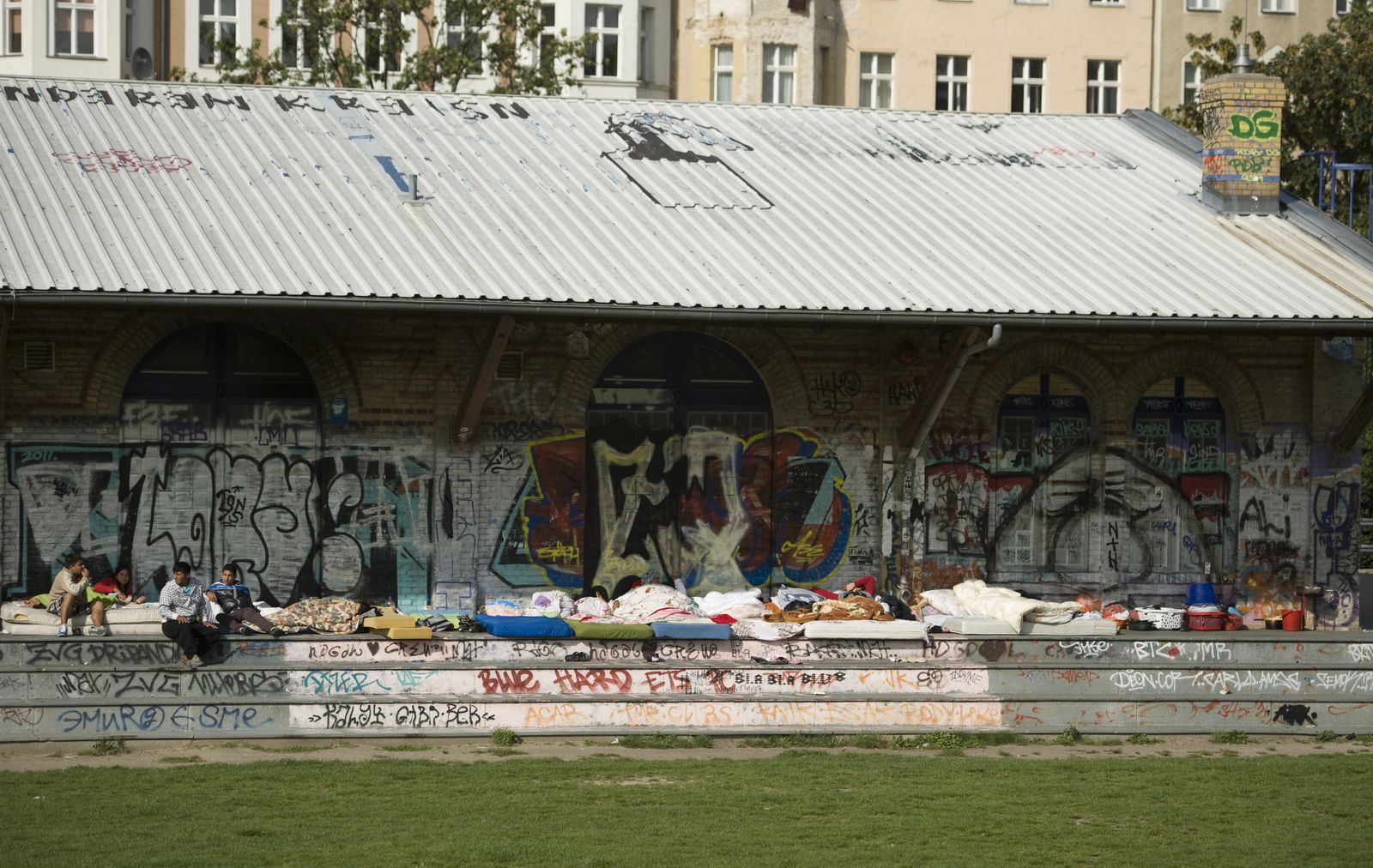 Sinti and Roma camped in a Berlin park in 2011.