SPIEGEL ONLINE: Mr. Schellnhuber, the goal that is to be set at the climate summit in Copenhagen in December for global warming is to two degrees Celsius (3.6 degrees Fahrenheit) above pre-industrial levels. How can this goal be reached?

Schellnhuber: Humankind has to limit itself to emit only fixed amount of carbon into the atmosphere until 2050. The German Advisory Council on Global Change (WBGU) has conducted an audit to determine which countries should be allowed to emit how much carbon dioxide in order to remain within the two degree limit. The findings are sobering.

Schellnhuber: Because the industrialized nations have already exceeded their quotas if you take into account past emissions. To have a two-in-three chance of reaching that target, we can only emit 750 billion tons between now and 2050. For a three-in-four chance, we can only emit 660 billion tons. If you divide these emissions per person and compare them with the current output you see that Germany, the US and other industrialized nations have either already used up their permissible quota, or will do so within the next few years.

SPIEGEL ONLINE: Seven-hundred-fifty billion tons sounds like a lot though.

Schellnhuber: It isn't really. It means that each person on earth would only be able to produce about 110 tons of CO2 between 2010 and 2050. An average German emits about 11 tons per year, meaning that his "budget" would be used up within 10 years. According to our calculations, the probability of us reaching these goals is very slim. Who would play Russian roulette with a revolver with six chambers, two of which are loaded? The total permissible quantity of CO2 is incredibly low compared to the current amount we are emitting from power stations, cars and factories. If the Chinese continue to release as much CO2 into the atmosphere as they did in 2008, they will have exhausted their budget in 24 years -- way before 2050.

SPIEGEL ONLINE: Why did you base your calculations on an equal division of the total permissible quantity of CO2 among the world's total population when each country is different from the next?

Schellnhuber: Our basic principle is that all humans have equal rights to the atmosphere. This is a basic right. This is also what German Chancellor Angela Merkel and Indian Prime Minister Manmohan Singh decided at a meeting in 2007. Why should a German be allowed to emit more CO2 into the atmosphere than someone from Bangladesh? No, we must divide the quota equally and fairly among all nations.

SPIEGEL ONLINE: But in Germany, for example, we need central heating more often than in warmer climes.

Schellnhuber: And in hot countries they may want to use air conditioning more often than in Germany, which also requires a lot of energy. This year New Delhi had temperatures of up to 45 degrees Celsius (113 degrees Fahrenheit) for months on end. If you consider how much fuel we use to heat in winter, it would be fair for them to use fuel-powered coolers.

SPIEGEL ONLINE: What conclusions did the WBGU reach?

Schellnhuber: The aim of reducing the rate at which CO2 should be cut from 25 percent in 1990 to 40 percent now, is just not enough. Germany, for example, is striving for a 40 percent reduction of emissions by 2020 compared to 1990 levels. If it realistically wanted to achieve the set goals, however, it would need to reduce emissions by 60 percent, or half of what they are today. The industrialized nations are facing CO2 insolvency. This means that they have to notch up their efforts to reduce climate change, otherwise they will use up the CO2 budget actually designated to poorer countries and future generations.

SPIEGEL ONLINE: Is there no way out?

Schellnhuber: In a special study we describe a possible way out. The WBGU has also come across countries that pump a lot less CO2 into the atmosphere than the quota would entitle them to. Most of these countries are the poorest in the world, where climate protection and the future are central issues. These nations are saving us from climate change happening at an even faster rate. This should finally be recognized and rewarded. For that reason we came up with a scheme whereby industrialized nations can buy emission quotas from countries with lower levels of CO2 output. The money made through this global trade in emissions could then be put towards financing environmentally friendly technology and developments in those countries.

SPIEGEL ONLINE: So industrialized nations would have to pay massive sums of money?

Schellnhuber: Yes. Up to €100 billion ($142 billion) annually. If the richest sixth of the world's population were to pay this amount, each person would have to pay €100 per year. The West would give back part of the wealth it has taken from the South in the past centuries and be indebted to countries that are now amongst the poorest in the world. It would, however, have to be ensured that the poorer nations use the money for the proposes it is intended -- namely to help them to develop a greener economy. This would help them to adapt to the more eco-conscious world of the future and would also save the industrialized nations from running into even bigger problems.

SPIEGEL ONLINE: But even up until now it has been hard to mobilize money for environmental purposes.

Schellnhuber: Yes but it would be a lot more expensive to carry on the way we have been up until now. The sums may sound gigantic but investments in infrastructure and energy supply are needed (in these countries) anyway. Our aim is just to make sure that these investments are climate-friendly -- something we can ensure for a relatively small extra cost. Particularly in Germany, where environmental technology is of a relatively high standards, there is a huge potential for economic benefit, because the money invested can flow directly back into the country. This is a golden opportunity to change the course of things. If you include the long-term costs of climate change, this would even be a cheap option.

SPIEGEL ONLINE: The Germans like to celebrate themselves as climate-saving champions. Is this justified?

Schellnhuber: Relative to other countries Germany does do quite a lot to combat climate change, but this is no excuse for it to lean back, rest on its laurels and wait until the others catch up. We still haven't reached our ultimate goal.

SPIEGEL ONLINE: Do you think that Chancellor Angela Merkel will support your proposal?

Schellnhuber: What we came up with is actually nothing but a summary of what Merkel has said in the past. She's a proponent of the two-degree goal, the emissions trade and the equal right to emissions quotas for everyone. We have simply put it into a comprehensive plan. The fact that Germany's emissions quotas will be exhausted in 10 years if they don't change their habits can only mean one thing: The next government must adopt a new and drastic climate package immediately. This will help us develop tomorrow's necessary climate-friendly technology much quicker.

SPIEGEL ONLINE: Given the slow pace of climate negotiations at the United Nations, is your plan not hopelessly idealistic?

Schellnhuber: The WBGU is not political; we merely advise the government and present our studies and findings to the public. Our budget has nothing to do with utopias but rather with the physical conditions under which we can prevent our civilization from crumbling. Our primary responsibly is to provide a compass which shows whether the government is actually on track when it comes to beating climate change. We cannot ask India or Africa to halt their own economic development until the West has brought climate change under control. 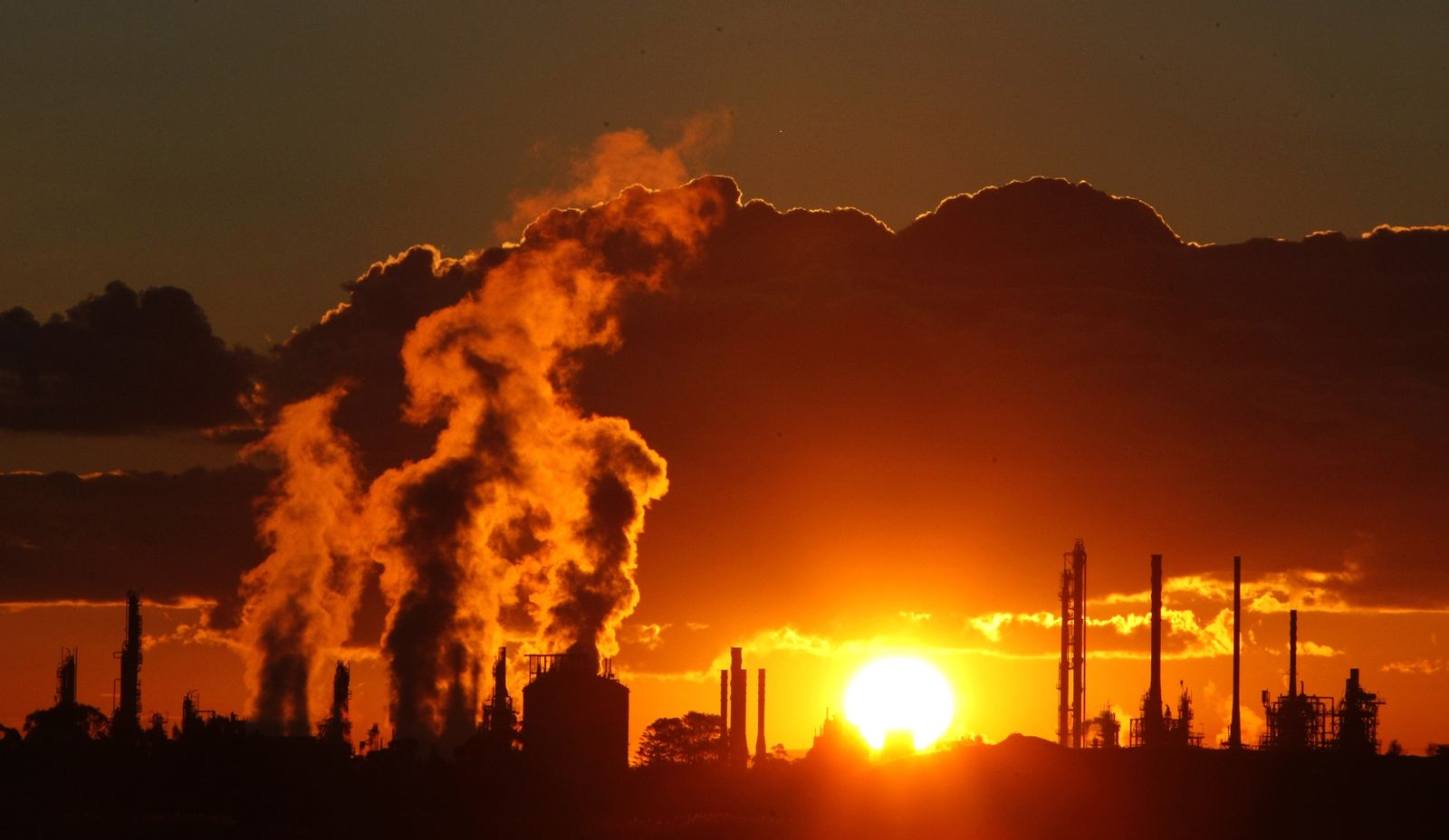 An average German emits about 11 tons of CO2 per year.