Of course it wouldn't be fair to characterize the new German government coalition as flawed on the first day of its existence. The alliance between Chancellor Angela Merkel's conservative Christian Democrat Union (CDU), its Bavarian sister party, the Christian Social Union (CSU), and the center-left Social Democratic Party (SPD) deserves a chance to prove itself.

The previous coalition government between Merkel's conservatives and the business-friendly Free Democratic Party once had that chance too, but quickly threw it away. There is a realistic possibility the new government will do better considering there will be many experienced professionals in the cabinet. That's almost assured, even if those who have been negotiating the agreement are still treating the distribution of cabinet posts like a state secret, out of fear of the SPD rank and file. The party members could think that all their top people thought about was getting top posts for themselves. That is why they prefer to keep things under wraps.

"The proof of the pudding is in the eating," said Chancellor Angela Merkel in her own unique way. And she's right about that.

Nevertheless, one could unfortunately say that this pudding will possibly not settle well in Germans' stomachs, to take the metaphor one step further. The small print of this coalition agreement does not include great visionary or reform measures, but instead offers up a little for each party's constituency.

The SPD negotiated well. Indeed, although Merkel's party performed very strongly in the election, coming very close to securing its own majority, the coalition agreement gives the impression that there were two equal partners sitting at the table. It's clear that Merkel and CSU party boss Horst Seehofer are now afraid of the SPD's base and the planned vote on the coalition agreement by its more than 400,000 members in early December.

There's something in the coalition agreement for everyone -- at least almost everyone. The new coalition government has plans for billions in new spending, although it is entirely unclear where the money for those programs will come from. This isn't what true courage for making reforms looks like. It's likely that these costs will come, as they so often do, at the expense of workers and future generations.

The new pension provision to give a little more to women who might otherwise face old-age poverty because of time they took off to raise children, or the provision allowing those who have worked for at least 45 years to retire at age 63 without any penalty may both be well-meaning gestures. But the large sums of spending that will result from that kind of redistribution-of-wealth-minded reform package is hardly the kind of thing that is going to help bring Germany's finances in order.

Thoughts about making sustained cuts to subsidies, lowering government spending and taxes, or providing effective relief to families and small- and mid-sized businesses petered out almost without a trace. Instead, Merkel and company parceled out other people's money with a friendly smile. The good news is that this can work at times when there is an economic upswing and rising tax revenues. The bad news is that this upswing can't last forever. The next crisis will most certainly come, and then everything that has been distributed will be collected again.

But that's an issue that will likely be addressed by the next government after it. 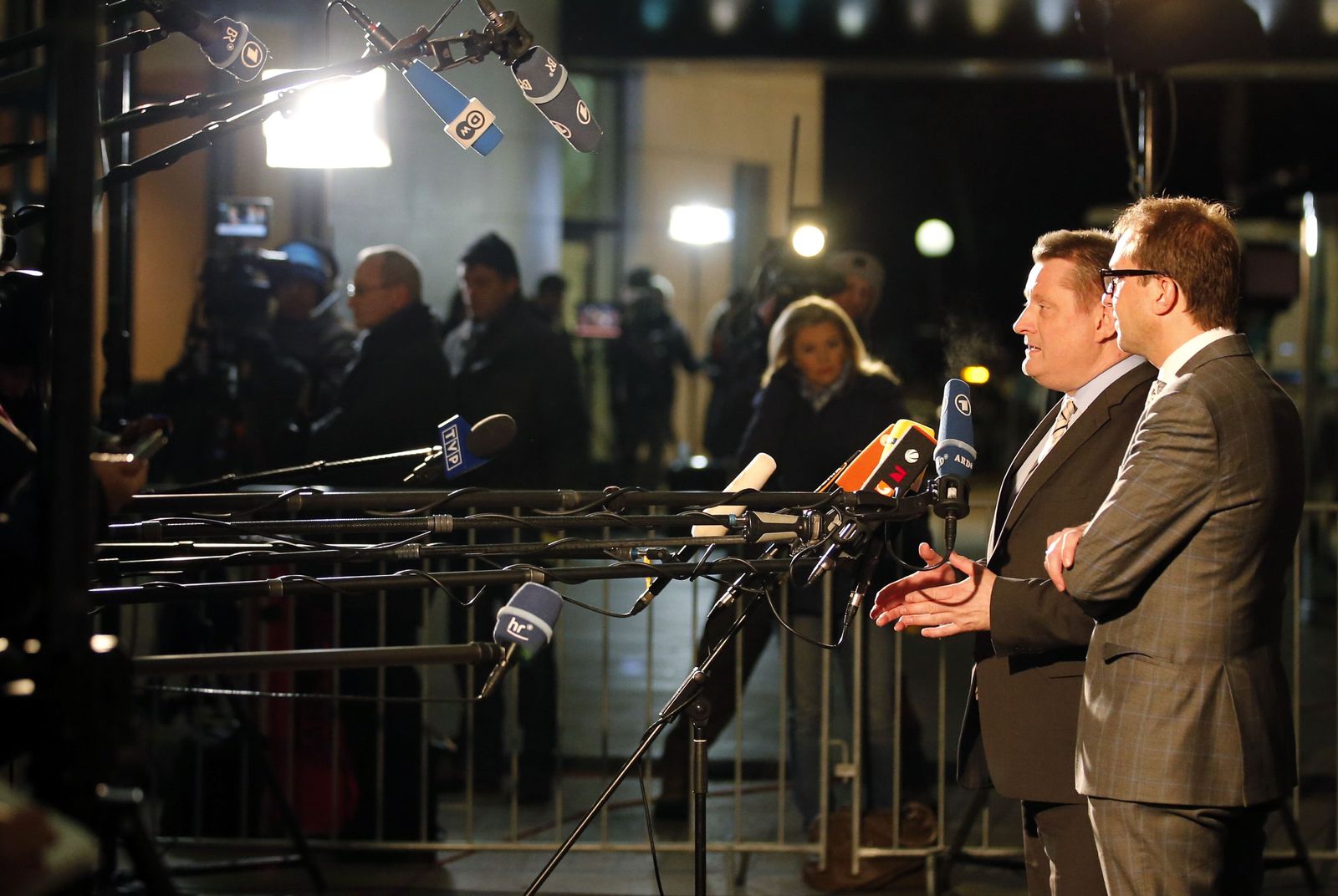