Sometimes we in the West forget that our view of the world is just one among many that are possible. And that neither our understanding of human rights nor our adherence to liberal democracy are attractive across the globe. Is the Western way of life morally superior? And even if it were, is it the most constructive or effective way of organizing human societies?

We in the West also tend to interpret history to reflect positively on ourselves. Were the many centuries during which Europe or the United States were at the center of global events not inevitable? Were they not based on the Enlightenment and the Renaissance, on our engineering prowess, on our technological preeminence? Was it not based on our overall brilliance? After the collapse of communism in 1989, Francis Fukuyama wrote "The End of History," by which he meant the triumph of Western values. Soon the entire world would be democratized, the victorious political order seemed clear.

How absurd that worldview seems now, in November 2017.

Since September 2001, the West has made a number of missteps. There were the aimless interventions in Iraq, Afghanistan and Libya. There was the self-inflicted economic crisis of 2008, which was actually not a global disaster but a trans-Atlantic one, as China, Indonesia and India all continued to grow. For too many years we have clearly demonstrated to non-democratic states that democracy may no longer be reliable and is far too fragile: It installs incompetent leaders like Donald Trump in power and leads to blunders like Brexit. It has long been clear that democracy is slow, but now it's obvious that it also makes terrible mistakes. What country would look to today's United States as an example?

Which brings us to Germany, that stable center of Europe.

It must first be said that the government crisis, which has arisen out of the failed coalition talks, is not a crisis of state - at least not yet. A caretaker government is in office, the federal president is exhibiting prudence, the country's economy is robust, and the system is working as it should. Even the chancellor - whose enthusiasm for political communication is limited at best and whose 12 years of leadership have brought the country to where it finds itself today - is proceeding carefully and maturely.

The Social Democrats, meanwhile, twice hastily - indeed, childishly - rejected the idea of joining Merkel in a coalition. There is now no safe way back. Joining a grand coalition would marginalize the party; in four years, it could plunge to just 15 percent. Therefore, rapid new elections are the only thing that makes sense. Hopefully they will result in a clear governing mandate and to a greater sense of urgency and responsibility in the ensuing coalition talks.

That, in fact, is the most disturbing thing about the way Christian Lindner of the Free Democrats backed out of the talks, about the constant complaining from the Bavarian conservatives, about the weeks of haggling over details without any sense of the bigger picture. This irreverence. The prioritization of the individual over the common good. This desolate narcissism born of complacent prosperity.

In truth, the domination of the world by Europe and the United States has only lasted two centuries. Before that, China was already an economic leader. And the history of the rise of the West cannot really be attributed to but a single cause. This ascent was helped along by genocide and slavery; colonialism allowed Europe to plunder ideas. It was in China that the technologies for iron and steel production were first invented, as well as paper currency, gun powder and the compass.

In human history, there has hardly ever been such a rapid rise - which really is just a return to form - as that of China over the past 30 years. The country has long since begun financing other states without paying attention to issues like democracy and human rights: The old "Washington Consensus," is being replaced by the "Beijing Consensus." The Chinese model fascinates those that wish to replicate it because the party appears so resolute and closed while the society is so young, vibrant and hungry for start-ups. Western societies on the other hand are aging. Many citizens see their wages stagnating, while education, homes and healthcare are becoming unaffordable. The old maxim that rising GDP translates into prosperity for all is being exposed as a fallacy.

The idea that democracy was somehow the endpoint of development was megalomaniac. As long as there is something to redistribute, every system has it easy. But in the past 11 years, freedom around the world has receded. Of 195 states only 87 are still free, 59 are partially free and 49 are not free at all according to the NGO Freedom House. Turkey and Russia have turned their backs on the group of democracies while Poland and Hungary look to be not far behind. Meanwhile, the United States is foundering. One would hope that should be enough to focus minds in Berlin. There is, after all, a lot at stake. 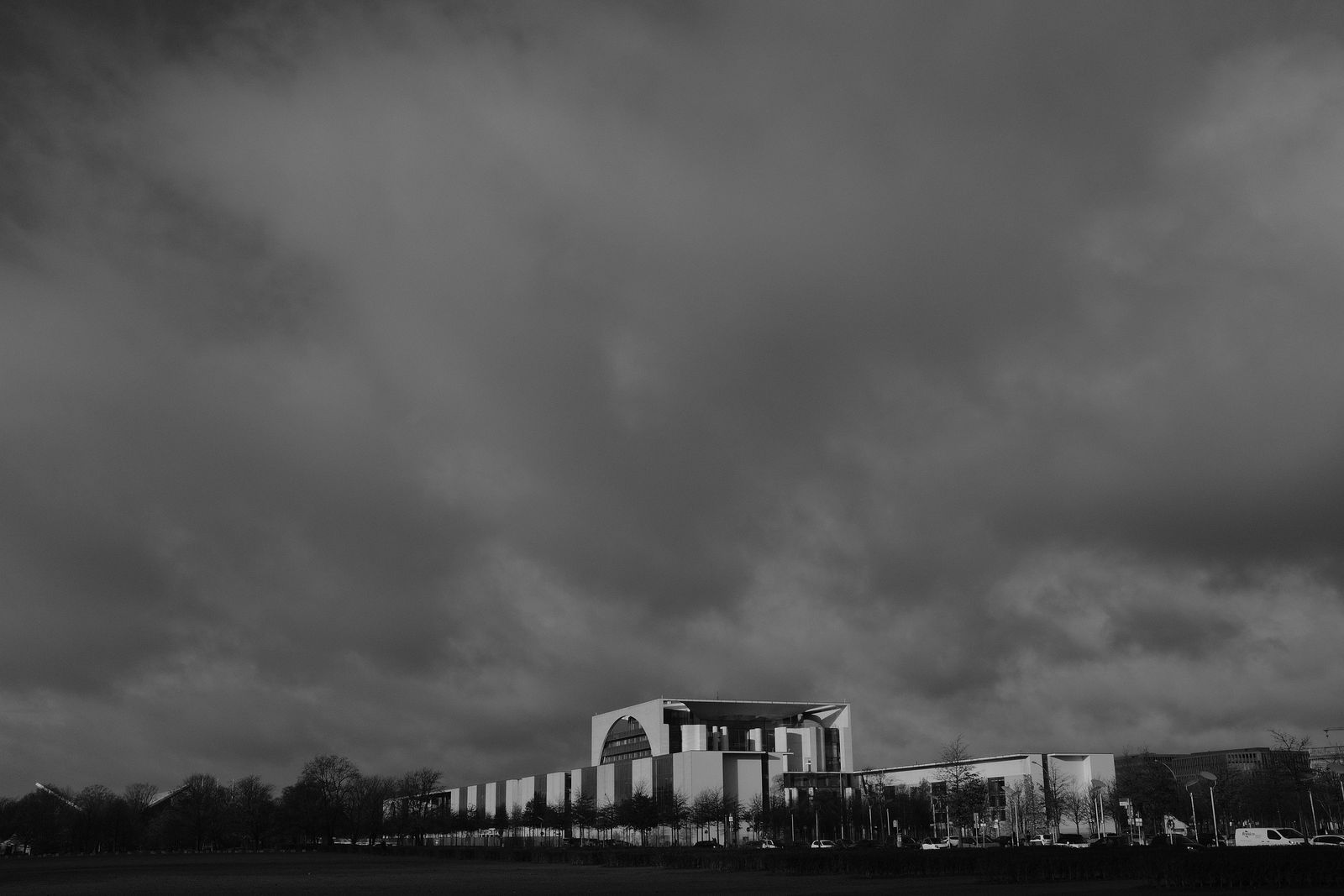 The Chancellery in Berlin