They didn't rush things: For the past four weeks Chancellor Merkel's center-right Christian Democrats, their Bavarian sister party the Christian Social Union, the pro-business Free Democrats and the Greens sought to form the basis of a coalition government.

The parties were only engaged in the preliminary talks that precede official coalition negotiations, yet the talks of the past few weeks probably covered more detail than any such talks in Germany's postwar history. And yet the so-called "Jamaica" coalition - so named because the colors associated with the parties involved are those on the Jamaican flag - still collapsed, with FDP leader Christian Lindner announcing late on Sunday evening that his party was walking out.

The reason for the collapse is clear: The parties involved failed to forge the one thing that is indispensable to keep such an alliance together: trust. And trust, it goes without saying, is the single most important currency in politics. Without trust a coalition cannot work.

No one really expected politicians with such fundamentally different politics and outlooks as Alexander Dobrindt of the CSU and Jürgen Trittin of the Greens to become bosom buddies. But if you want to govern together for four years, you can't always be assuming that your cabinet colleagues are out to get you at every turn.

This mistrust was due to a number of factors. One, of course, is that such a four-party coalition would have been an unusual constellation, bringing together very different political cultures and ideas. The ongoing tensions between the CDU and CSU over Merkel's decision to open Germany's borders to refugees in the autumn of 2015 further complicated matters.

And then there's the issue of authority: Angela Merkel's star power in German politics has begun to fade. Her political opponents don't hold her in the same awe they once did. That's particularly true of Lindner, the young FDP leader who pulled the plug on the talks to the surprise of the other parties. The FDP in particular was hardly enthusiastic about re-entering government with Merkel after its miserable experience as her junior coalition partner from 2009 to 2013. That misery ended with a disastrous election result, which saw the FDP fail to enter German parliament for the first time since its formation after World War II.

Meanwhile, Bavarian governor and CSU leader Horst Seehofer is facing a tough election in Bavaria next year and a number of party rivals have already begun an effort to replace him. And the Greens' double party leadership made it difficult to work out who was calling the shots.

No Positive Case for Jamaica

It's not clear that much effort was made to really overcome all these differences. The CSU negotiators used every opportunity to provoke the Greens, who retaliated by spreading rumors about divisions within the CSU delegation. In the end, though, it was the FDP and their boss Lindner who proved the most unwilling to compromise.

The talks were marked by fear not trust, and it wasn't the fear of failure. It was the fear of being outmaneuvered by the others if every last detail was not agreed upon. If the talks had succeeded, the resulting coalition agreement would probably have run to at least 1,000 pages, leaving hardly any room for interpretation or creativity. It would have been a document that enshrined mistrust.

None of the parties really made a positive case for the Jamaica coalition. And that is troubling. After all, the German economy is thriving, meaning that the new government will be in the enviable position of having the financial means to develop projects and undertake reforms like never before.

However, Merkel let the talks meander on for too long until the situation had become completely muddled. There were no ideas or leadership from her, just the vague hope that in the end, after another long sleepless night, everything would be sorted. However, the "Merkel Method," one that has been used to such effect before, didn't work this time.

As a result the country is now without a new government. The caretaker chancellor can't even be sure that, if there are new elections, she will be chosen to lead her party into the campaign. Seehofer has no victory to help him in his ongoing internal power struggle. The Greens are still no closer to power. The FDP, which declared that it was walking away from the talks out of principle, shouldn't expect to reap many rewards. Already, it is being widely criticized for putting the party before the country. Many of their political opponents are accusing Lindner of having planned his dramatic exit from the start, or at the very least before the last long day of negotiations.

Meanwhile the Social Democrats, Merkel's outgoing coalition partners can't really expect to capitalize from the collapse of the talks either. The party had hoped that four years in the opposition would allow them to regroup. Now, new elections pose the threat of simply laying bare their ineptitudes once again. They aren't ready to fight another election campaign yet.

Sunday night, in short, was a loss for everyone. And for Germany. 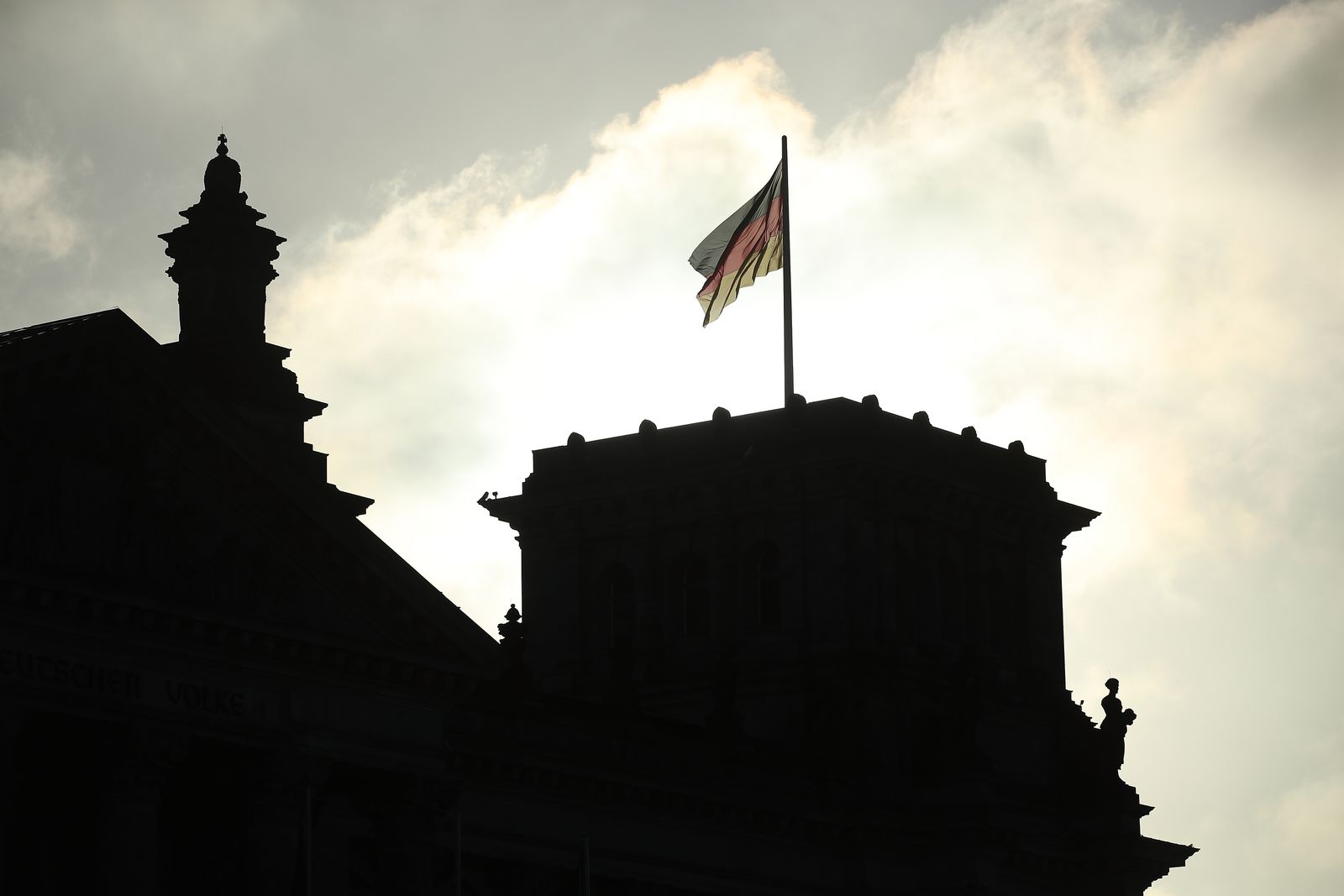 A flag flies over the Reichstag in Berlin, the seat of German parliament.