Chancellor Angela Merkel's Christian Democratic Union (CDU) and the center-left Social Democrats (SPD) failed to make progress in preliminary coalition talks that lasted late into Monday night, dampening tentative hopes in recent days that the formation of a new government may be easier than expected following the Sept. 22 election.

Politicians from both sides had been sounding positive before the second round of exploratory talks, which ended at midnight.

"We're more clear about where we stand," SPD General Secretary Andrea Nahles told reporters, referring to differences on issues such as tax policy and the introduction of a minimum wage.

She added that as things stood, the SPD's leadership would not be able to recommend the start of formal coalition negotiations with Merkel's CDU and its Bavarian sister party, the Christian Social Union (CSU).

"That wasn't what we'd expected," said one SPD official, who blamed the conservatives for refusing to make compromises.

The 21 negotiators from both parties discussed issues ranging from European policy to how to deal with asylum seekers.

Finance Minister Wolfgang Schäuble and other conservative politicians rejected SPD plans for tax hikes to boost investment in education and infrastructure. The SPD, on the other hand, refused to budge on its demand for a nationwide minimum wage of €8.50 ($11.53) per hour.

The conservatives will hold a second round of preliminary talks with the Green Party, which won the fewest number of seats in parliament, later on Tuesday. However a grand coalition between the conservatives and the SPD remains Merkel's preferred option because it would give her comfortable majorities in both houses of parliament.

A third round of talks between the conservatives and SPD could take place on Thursday -- the party leaders have kept their diaries free for that day.

Grand Coalition Not Off the Cards

The lack of progress on Monday night doesn't mean a grand coalition still can't be achieved. The SPD needs to talk tough to persuade its members that it is doing its utmost to get the maximum concessions out of the talks.

An SPD party congress scheduled for next Sunday will decide whether the party should launch formal talks to form a government with Merkel, so the party leadership needs to present some successes. Any coalition agreement, once it has been finalized, will be put to a full membership ballot by the SPD. Schäuble said on Saturday that a government could be formed by mid-November. Following Monday's difficult negotiations, that was sounding a little too optimistic.

Merkel said last week she wants to know which party she will be entering formal coalition talks with by Oct. 22,when the newly elected Bundestag, Germany's lower house of parliament, assembles for its first session.

Merkel led her conservatives to their best general election result since reunification in 1990 and is just five seats short of an absolute majority.

Meanwhile a survey commissioned by the mass-circulation Bild newspaper found Tuesday that nearly two-thirds of voters (62 percent) expected a grand coalition of the CDU and SPD to emerge from the talks. However only a third of the respondents (32 percent) said they actually wanted such a government. 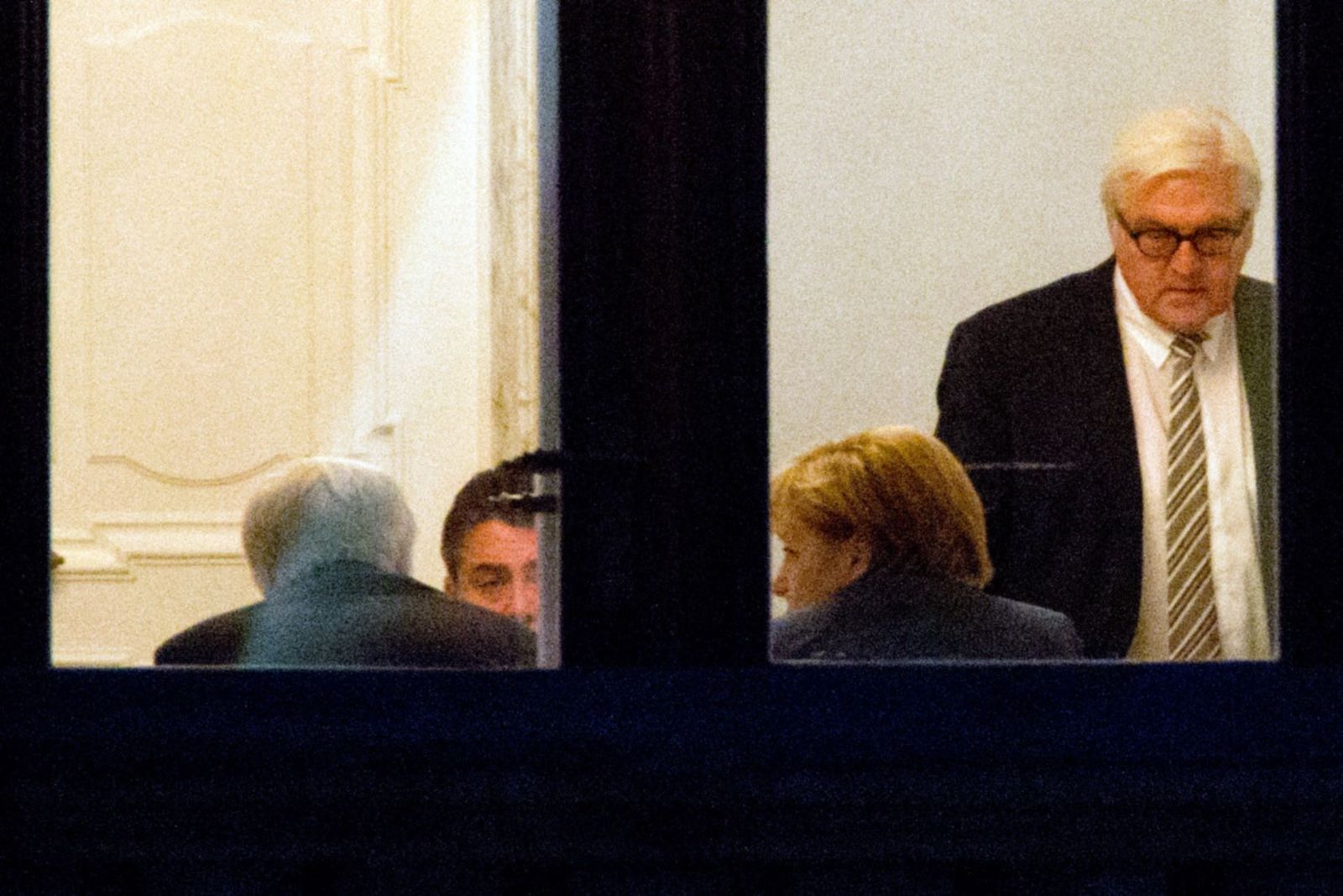