If you are looking for a place that embodies the failure of Germany's climate policies, you could do worse than a visit to Hamm-Uentrop, just outside of Dortmund. There you will find two squat chimneys sticking out of a couple of elongated buildings surrounded by fields. And generally, nothing will be happening. Of the 8,760 hours in a year, the ultra-modern natural gas power plant only runs a 10th of the time. Otherwise, the 50 workers at the facility can often be found tending to the landscaping or painting the fences yet again in order to kill time.

The operator of the 450-million-euro investment, the energy company Trianel, can do little more than "hope for better times," as spokesman Torsten Bischoff says. In this case, that means the day when Germany's lignite-fired power plants close down, Bischoff makes clear.

Such is the lunacy in Germany as the country continues to pursue a complete shift to renewable energies: In the first six months of this year, over 35 percent of the country's power came from environmentally-friendly sources such as solar and wind parks. Much of the rest was produced by climate-damaging lignite-fired facilities. The old power plants pump 115 terawatt-hours into the German electricity grid with another 25 terawatt-hours being sent abroad because it is unneeded back home.

That wasn't how things were supposed to be. Initially, the natural gas power plants like the one in Hamm-Uentrop were conceived as a way to smooth out the volatility inherent in wind and solar power. They were to be a bridge to a new, clean era of electricity production in which dirty coal-fired plants would hardly be needed anymore. Now, though, it's the modern gas facilities that are unprofitable, with the primary goal having become that of "limiting losses to the degree possible," says Bischoff.

Four-hundred kilometers east of Hamm, Germany's leading politicians are gathered in Berlin negotiating what they hope will become the country's next government, a coalition matching Chancellor Merkel's conservatives, the business-friendly Free Democrats (FDP) and the Greens. And the urgent need to prepare the next step toward complete reliance on renewable energy - which Merkel made national policy in 2011 - appears to be going largely ignored. That step is the closure of the country's coal-fired power plants. The FDP in particular is acting as though the 240 million tons of carbon dioxide that were pumped into the atmosphere by Germany's coal-fired facilities in 2016 didn't represent a problem. And this despite the fact that Germany has pledged to significantly reduce its greenhouse gas emissions as part of the Paris climate deal.

Initially, it was thought that the "Jamaica Coalition" - so named because the colors associated with the parties in question (black for conservatives, yellow for the FDP and green for the Greens) match the colors of the Jamaican flag - would represent an opportunity for the country to move ahead with its renewable energy goals after years of stagnation. But now, negotiations have become so bogged down that they have initiated secondary negotiations, the results of which are to inform the primary negotiations.

What the politicians are ignoring is the fact that coal represents the biggest hurdle to the climate-friendly modernization of the German economy. What they haven't understood: Not even the energy companies are particularly eager to retain the facilities. They would be more than willing to talk about the closure of at least their oldest power plants.

For Trianel, the company that also operates a modern black-coal facility, the older plants operated by other producers are problematic because they push down wholesale electricity prices. Many of those facilities are hopelessly out of date, producing little electricity out of lots of coal and are only profitable because they have long since been paid off. The power plants in question don't even employ that many people. But their phaseout has nevertheless become a significant hurdle for Germany's coalition negotiations.

Experts and politicians alike agree that the country needs to abandon the old fossil-fuel facilities as quickly as possible. Germany has set ambitious climate goals for itself, with Merkel's government - then in a coalition with the FDP - insisting in 2011 that it would cut its greenhouse gas emissions by 40 percent relative to 1990 levels by 2020.

Now, though, Merkel's conservatives and the FDP are facing a situation in which they could fail to achieve a target they set themselves. This conclusion is outlined in a current, internal government document that DER SPIEGEL has obtained.

According to the paper, the looming failure of the 2020 climate targets "is now becoming clearly apparent." Phasing out coal, the paper notes, represents "a relatively easily implemented measure" to come close to achieving the goals. But the associated costs are estimated to be at least 17.6 billion euros by 2040. The government paper likewise isn't particularly optimistic regarding the targets set for 2030. The country, the document indicates, would have to cut CO2 emissions by twice as much as it has in the last 26 years to reduce emissions by the targeted 55 percent. This comparison, the paper notes, makes it clear "that the target is extremely ambitious or - to be more precise - not achievable."

The ongoing coalition haggling is all the more embarrassing because the German government will soon be hosting the 2017 Climate Change Conference in Bonn. Angela Merkel will speak there in front of the more than 10,000 delegates and again use the appearance for a display of climate policy hypocrisy, just as she did this spring at the Petersberg Climate Dialogue in Berlin, when she said: "We have committed ourselves to limit global warming to below 2 degrees Celsius and, if possible, to 1.5 degrees." With respect to Germany, she said that only a few details needed to be ironed out.

Those details are now being discussed in complicated coalition talks. They involve uninspired energy experts from the conservatives going up against hyper-ambitious Greens, on the one hand, and FDP negotiators who are stuck in the past on the other. People like Hermann Otto Solms, 76, who still regrets Merkel's 2011 decision to phase out nuclear energy.

The promises of a fossil-fuel phaseout, one might think, are actually quite attractive for Germany, the world's sixth-largest producer of greenhouse gas emissions. A country that shifts completely to renewable energy sources obviates the need for expensive commodity imports and eliminates reliance on regions of the world that are beset by instability. It creates future oriented jobs and ensures technological leadership on the global markets.

There is a lot to criticize about the management of Germany's shift to renewable energies, but the overall direction is the correct one: power plants that transform wind and sun into electricity can now be built at the same cost as coal-fired facilities. "And these prices will continue to fall, which is why the new construction of fossil-fuel power plants will cease worldwide," says Felix Matthes, from the Institute of Applied Ecology in Berlin.

Developments seen at the four large energy companies that have supplied Germany with coal-generated electricity for decades illustrate the phenomenon. E.ON and RWE, for example, have shifted their conventional energy production facilities to a kind of bad bank and are moving into the new energy era with large wind and solar parks in Germany and abroad.

Nobody wants to build new coal-fired power plants, because a wind turbine or solar panel, once it has been installed, produces electricity for nothing, in theory at least. The sun doesn't send an invoice, as an old slogan from the 1990s environment movement had it. Most of the costs for green energy that are added to electricity bills are largely a product of the Renewable Energy Sources Act, passed 17 years ago. The 25 billion euros collected annually as a result essentially represent a down payment on the energy revolution.

In the future, the largest profits will be earned from new ideas for the powering of homes, heating systems and electric automobiles. Engineers will be vital in developing those ideas, but so too will software developers - seemingly a golden opportunity for the FDP, which placed digital issues at the center of its campaign. "For a party that wants to be seen as modernizers like the FDP, the shift to renewables should really be a welcome project for the future," says energy expert Matthes.

That is particularly true of the automobile industry, which provides jobs to 800,000 people in Germany, according to the German Association of the Automotive Industry (VDA). German carmakers are currently behind when it comes to the development of electric vehicles. Instead, the newcomer Tesla is paving the way, along with battery producers in Japan and South Korea.

Yet a climate-friendly realignment at Daimler, BMW and co. could actually secure those jobs moving forward. A little noted study performed by the European Climate Foundation, produced in cooperation with the VDA, recently reached the surprising conclusion that jobs in the automotive industry need not be lost in the shift to electromobility. But to make sure they are not, steps must be taken to bring, for example, battery production to Germany.

This prognosis will only become reality if politicians and leading German automobile manufacturers take courageous steps when it comes to, among other things, researching and producing the next generation of batteries. Yet the FDP remains opposed to even explicitly including the term "electromobility" in the coalition agreement now under negotiation. Even the FDP, though, can read in the internal government paper that there is likely no way around it. The paper reads: "To reach the 2030 sectoral emissions targets in the area of transportation, an increased reliance on electromobility is doubtlessly necessary." 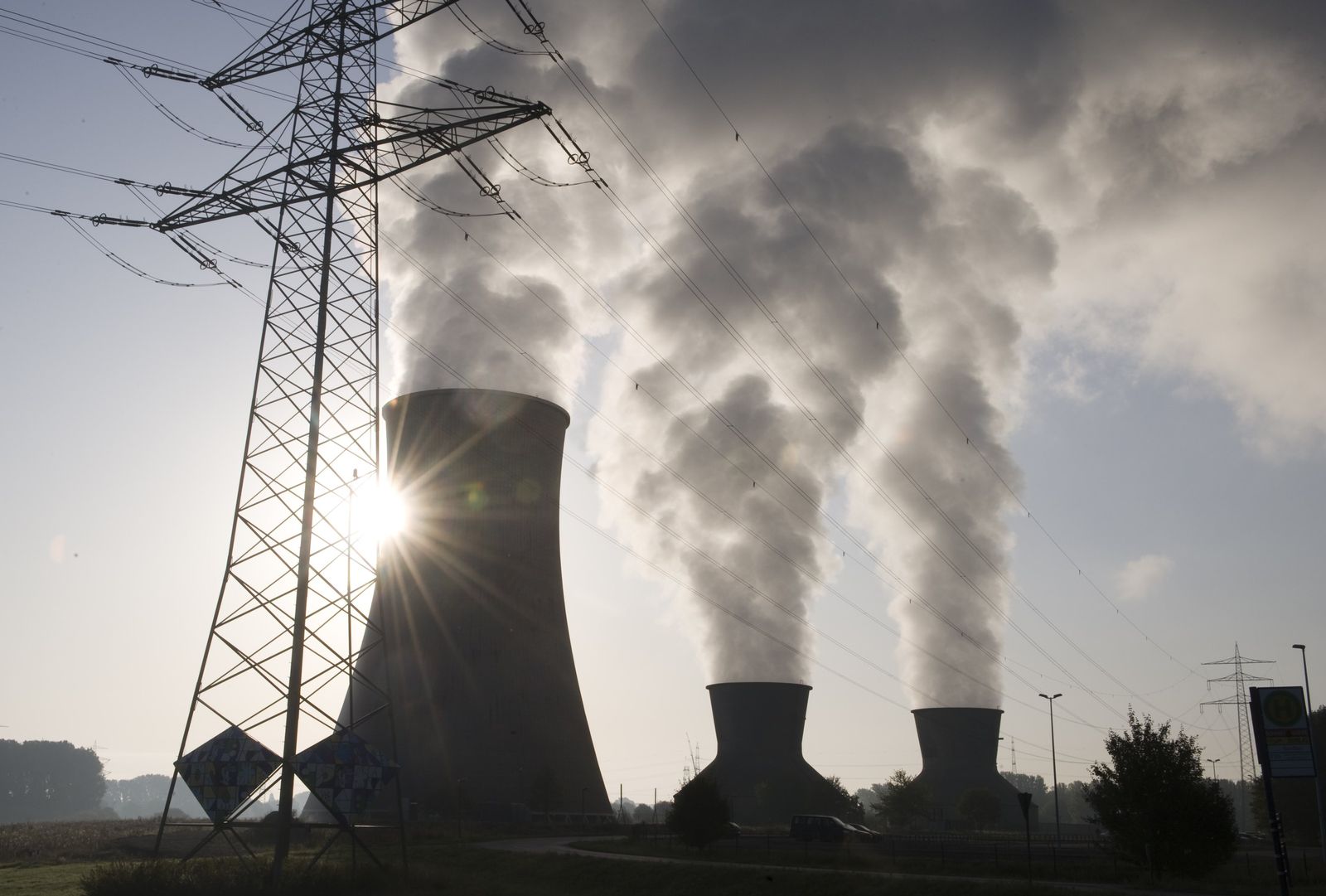 A coal-fired power plant in Germany. 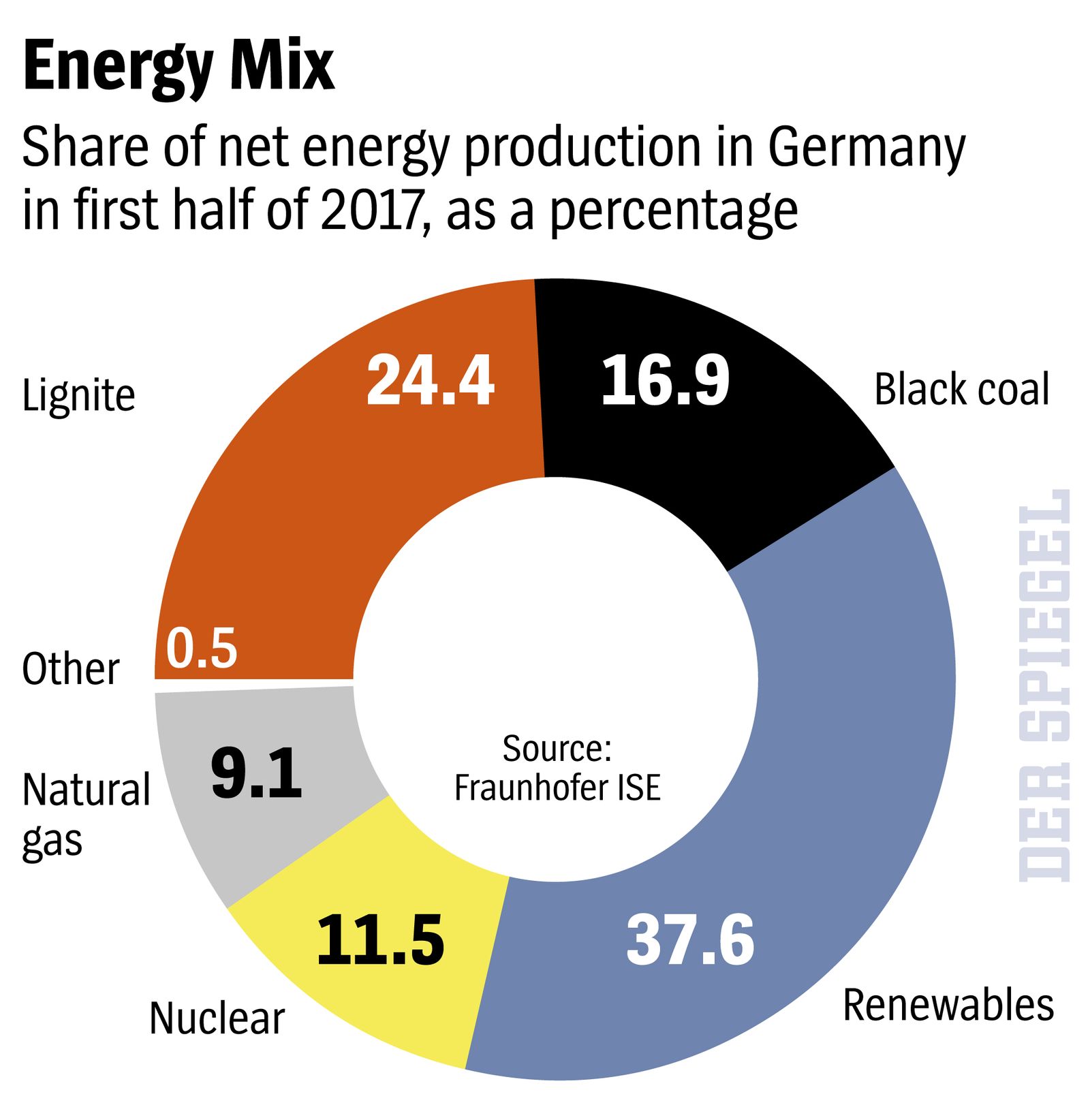