The subject of dual citizenship has long been a political flashpoint in Germany. In recent years, calls have mounted from the left for the country to overturn its prohibitive approach and make it easier for people to hold two passports. Yet heavy opposition, including from Chancellor Angela Merkel, kept it from becoming a reality.

As things currently stand, a child born in Germany to immigrant parents is allowed to hold both nationalities only until the age of 23. At that point, he or she is forced to choose between German citizenship or that of the parents' country of origin. Anyone who misses the deadline has the German citizenship revoked by default. Other immigrants to Germany can be naturalized after eight years of residence, but only if they give up their original nationality.

The Social Democrats want to repeal that rule, and they've made the right to dual citizenship one of their "non-negotiable demands" in official talks toward a so-called grand coalition government, which is expected to be in place by Christmas. If they are successful, it would affect not only the millions of Germans born to foreign parents, but also any resident of Germany who qualifies for naturalization.

The negotiation working group assigned to immigration has been unable to come up with a compromise, so the topic has now moved up to the big round of negotiations. An SPD spokesman told SPIEGEL ONLINE on Thursday that dual citizenship remains a "very important issue" for the party and that he is hopeful a deal will be pushed through.

The topic became increasingly pressing as of January 2013. Children of immigrants turning 23 this year will be the first batch of German-born citizens forced to make the choice. "As of this year, thousands of young people could lose their German citizenship," says Mehmet Tanriverdi, head of the National Federation of Immigrant Associations in Germany.

Critics of the current system, known as the "option model" complain that it marginalizes those of foreign descent and sends a message that integration is a zero-sum game -- and that it imposes a heavy administrative burden. If the system is upheld, roughly 40,000 young people per year will eventually be forced to choose between nationalities. And giving up one's foreign nationality can create unforeseen difficulties, as well. Children of Russian immigrants who have been naturalized in Germany, for instance, have to apply for expensive visas to visit their grandparents.

The option model was introduced in 2000, when it was seen as a compromise between the center-left coalition government of Social Democrats and Greens and the opposition conservatives. Already many exceptions apply: Moroccans, Syrians, Iranians, Algerians, as well as all EU citizens, are exempt from the need to choose between their nationalities. But to Germany's three million people of Turkish descent, a third of whom were born in Germany, reforming the current law would be a very welcome development.

"In the scientific community, we speak of hybrid identity," says Christine Langenfeld, head of the Expert Council of German Foundations on Integration and Migration (SVR). "Young people from migrant families identify with both Germany and their parents' culture. For them it's the best of both worlds. The option model forces the second generation to renounce their parent's nationality. This is counterproductive for integration."

On no other issue have the conservatives reversed course more than on that of dual citizenship. During the campaign leading up to national elections in September, the conservative parties' tagline on the topic was "Yes to our country."

"My personal conviction is that we want to stick to the option model, whereby a decision on citizenship is necessary at age 23," Merkel said at an integration summit in May. Experience shows, she added, "that the overwhelming majority choose German citizenship."

But the tide began to turn this year, as many Germans reassessed immigration as a way to combat its aging population and shortage of skilled workers. In May, a Bertelsmann Stiftung study showed that more than 40 percent of newcomers have graduated from a university, technical school or graduate program, a higher share than among the German population at large.

Now even Horst Seehofer of the Christian Social Union (CSU), the Bavarian sister party to Merkel's center-right Christian Democratic Union (CDU), has questioned the logic of forcing 23-year-olds to go through the "ordeal" of choosing between citizenships.

The conservatives have suggested several compromises, including raising the age in which the option obligation kicks in to 30 and introducing the concept of "dormant citizenship," whereby a person can hold dual citizenship, but his or her country of residence would determine which of the two nationalities is active. But an SPD spokesman told SPIEGEL ONLINE on Thursday that the party will accept nothing less than a full revocation of the option model and that the "dormant citizenship" proposal is unworkable and now "completely off the table."

Resistance from the Right

Despite these proposed compromises, there remains trenchant resistance from the conservative ranks. Interior Minister Hans-Peter Friedrich, a CSU member who is a notorious hardliner on immigration issues, said the Social Democrats' proposal threatens Germany's very integrity. If a "permanent Turkish minority" were permitted to establish itself in the country, he told the daily Münchener Merkur last week, it would mean a "long-term change in the identity of German society."

Ayse Demir, deputy chairman of the Turkish Community in Germany (TGD), called Friedrich's statements "extremely discriminatory." Such a statement sends a signal to Germany's largest migrant group that they are not welcome here, Demir told SPIEGEL ONLINE. He also pointed out that the many exceptions made to the current rule make Friedrich's statement seem even more off-base, "because we've actually had dual citizenship in Germany for years."

Some observers worry that dual citizenship could be sacrificed at the negotiation table for an even higher-priority SPD demand, such as a national minimum wage. Nevertheless, consensus is building that the current system doesn't work.

"The option model is alienating young people instead of making them feel a part of our society," says Dr. Christine Langenfeld of the Expert Council of German Foundations on Integration and Migration, which has proposed a system that would grant dual citizenship to second-generation immigrants but not automatically to their successive offspring. "The option model is the result of a dysfunctional political compromise more than ten years ago, and it is high time to repeal it." 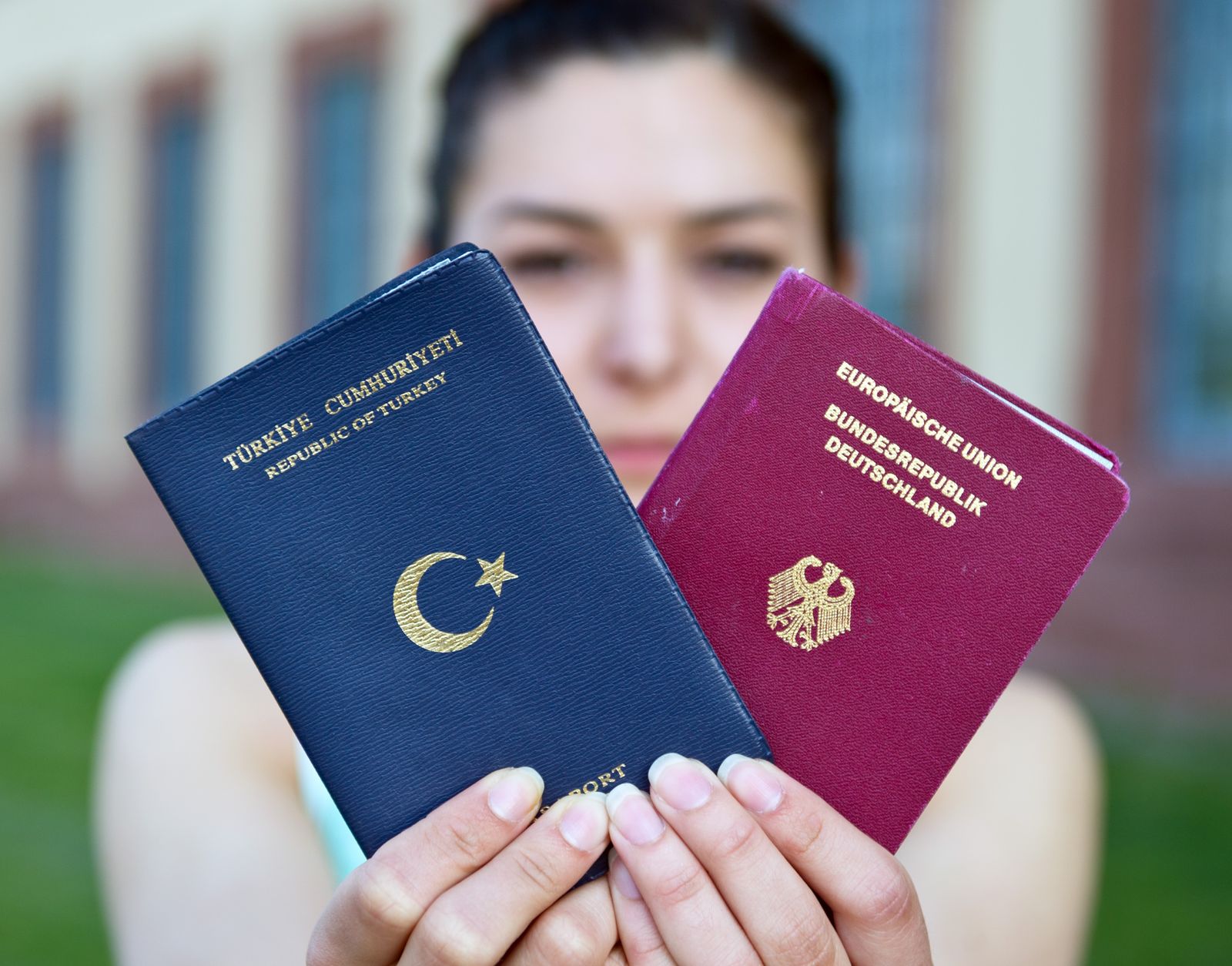 The current deal would affect, among others, roughly a million German-born Turks in the country.