German Chancellor Angela Merkel has one less thing to worry about this fall. While her schedule remains chock full of summits, meetings and background talks related to ongoing efforts to solve the euro crisis, at least she knows that she enjoys the support of her own party. Despite recent signs that some within her Christian Democrats are getting restless about her handling of the euro crisis, Merkel was re-elected as party head on Tuesday with fully 97.94 percent of the vote -- her best result ever.

The backing means that the chancellor is in a strong position on the center-right of Germany's political spectrum heading into an election year. Voters are set to head to the polls next fall, and even as the latest EU deal augmenting efforts to bailout Greece promise to buy European leaders some time, the euro crisis will be a central issue in the campaign.

Indeed, as the opposition center-left Social Democrats have botched their own start to the campaign year -- with SPD chancellor candidate Peer Steinbrück having raised eyebrows with the significant fees he collected on the speaking circuit over the last year -- Merkel appears to be at the peak of her powers. Her public opinion ratings are up, her opponents' are down and her path to a third term seems unimpeded. 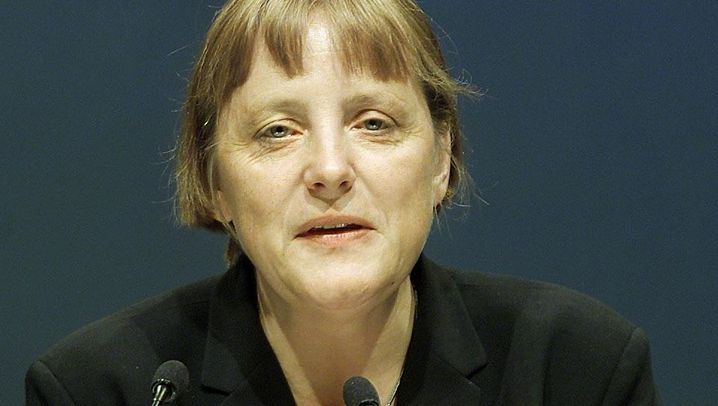 Still, there is room for criticism. For one, her current coalition with the Free Democrats (FDP) has done more bickering than governing. Though she praised herself during her speech at the CDU party convention on Tuesday for leading the most effective German government since reunification, few actually believe it. Indeed, the convention itself seemed to mirror Merkel's own preference for avoiding the details of domestic policy, with observers complaining it was short on substance.

Furthermore, it remains unclear how Merkel might be able to assemble a governing coalition next year. The FDP has been in a freefall since the 2009 vote and may not even make it over the 5 percent hurdle necessary for representation in the Bundestag, the German parliament. Even if it does, it almost certainly won't get enough votes to allow for a continuation of the current ruling coalition. Plus, doubts remain as to the possibility that the CDU could form a coalition with the environmental Green Party.

Indeed, as things now stand, all signs point to a repeat of Merkel's first government, a so-called "grand coalition" with the center-left SPD, despite Merkel's undisputed hold on the reins of power in Germany. Commentators at the country's leading dailies take a closer look on Wednesday.

"Angela Merkel dominates the CDU -- that's the message after the party convention, in which the chancellor's speech and her re-election as party leader were the only moments of substance. But this doesn't quite capture the situation. Merkel doesn't just lead Germany's largest party; she has become the party itself."

"But the really interesting thing extends beyond just the CDU, because the dominance that turned the party into a one-woman show has long been about more than just the party. Knowing that this woman is in the Chancellery calms both the populace and even opposition members of the SPD and Greens. The reason is practical: She has mastered the art of power, which is no small thing in times like these."

"Merkel's policy of relying on the lack of an alternative works only because the alternatives have consistently disqualified themselves. This is not good. The CDU may allow itself to dismiss even qualified contradictions as phenomena of marginal significance, but our democracy cannot. Angela Merkel is a special politician. But while she may remain unchallenged in the CDU, she had better not outside the party."

"Angela Merkel is a marvel of the post-ideological. Since Fukushima, she's green. But she's also kind of conservative. Look, for example, at her backing of subsidies for stay-at-home parents. And the chancellor is liberal, too. But the CDU, run as it is by women, also seems to be post-feminist."

"Yes, the CDU, if you believe Merkel's sentimental speech on Tuesday, is a staunch advocate of the financial transaction tax -- and of a minimum wage. Merkel … has something for everyone."

"The CDU has never attracted attention through vigorous debate. In the Merkel era, however, the party has become intellectually comatose. Such is the price for allowing Merkel's centrist course to moor them in tepid and somewhat boring waters. It's true: The conservative base is complaining, the big cities are lost and the party is devolving into an applause machine. But the CDU is compatible with other milieus and capable of a coalition with the SPD, Greens and FDP. The opposition is like the hare, while Merkel is the tortoise waiting at the finish line. Does the opposition have a way to fix that?"

"The CDU owes its survival to Angela Merkel. This chancellor is at the height of her glory. She doesn't need to put herself out for the party convention; the party convention must make an effort for her. The CDU delegates are thankful for everything that comes from their party leader, including the intellectual underachievement and high concentration of platitudes. There was a time when they were proud to represent a clever party. Today, they are thankful that they can be represented with a successful chancellor."

"The CDU believes that, with Merkel, they will govern forever. But federal governments don't originate with the applause of delegates after a dull Merkel speech at a party convention. Governments originate with coalitions. And the CDU's coalition partner has melted away…. Still, while there is no great desire for change (in policy), there is a desire for a change in coalition …. Merkel only has limited common ground with the FDP, and she'd be just as happy to govern with the Social Democrats or Greens."

"Merkel does her job in a manner that frustrates both communications consultants and spin doctors alike. She delivers no fiery speeches, makes no paradigm shifts and offers no European narrative…. Given such meager intellectual sustenance with which Germany must make due under Chancellor Merkel, one has to count her speech on Tuesday in Hanover as relatively lively."

"Though the chancellor is often accused of being risk-averse, she has -- after carefully weighing the costs, benefits and potential pitfalls -- embarked on a course of completely rebuilding the European Union. No matter how it ends, it will always remain a part of her legacy. Angry citizens are already accusing her of deception and treason. But the majority of Germans seem to believe her when she says that there is no miracle cure that will bring about a painless and quick end to the euro crisis. Even the opposition, which would prefer to accuse Merkel of having embarked on the wrong euro-crisis path, begrudgingly backs her in every parliamentary vote."

"As such, it is no wonder that the CDU has no alternative but to pay homage to its chancellor. Angela Merkel has become indispensable for her party. And, with her at the top, the CDU looks stronger than it has in a long time."

"Merkel is a modern manager of power. She is putting her party on a strict diet. She sees her job as governing with order (which is hard enough with the FDP) and saving the euro and the EU (which is difficult because of more than just Greece). And the voters are clearly following her, as evidenced by her steady approval ratings."

"Unlike as it was with (former CDU Chancellor Helmut Kohl), party conferences are compulsory exercises for Merkel. Being the CDU's chairwoman is her side job. She wants to and is able to simply disguise that fact. That's why her speeches at party conferences are scarcely different from her government statements. Polemics and point-scoring are not her thing."

"Election year is finally coming. Merkel wants to win. With the CDU. Which partner will she govern with? She'd rather talk about that later." 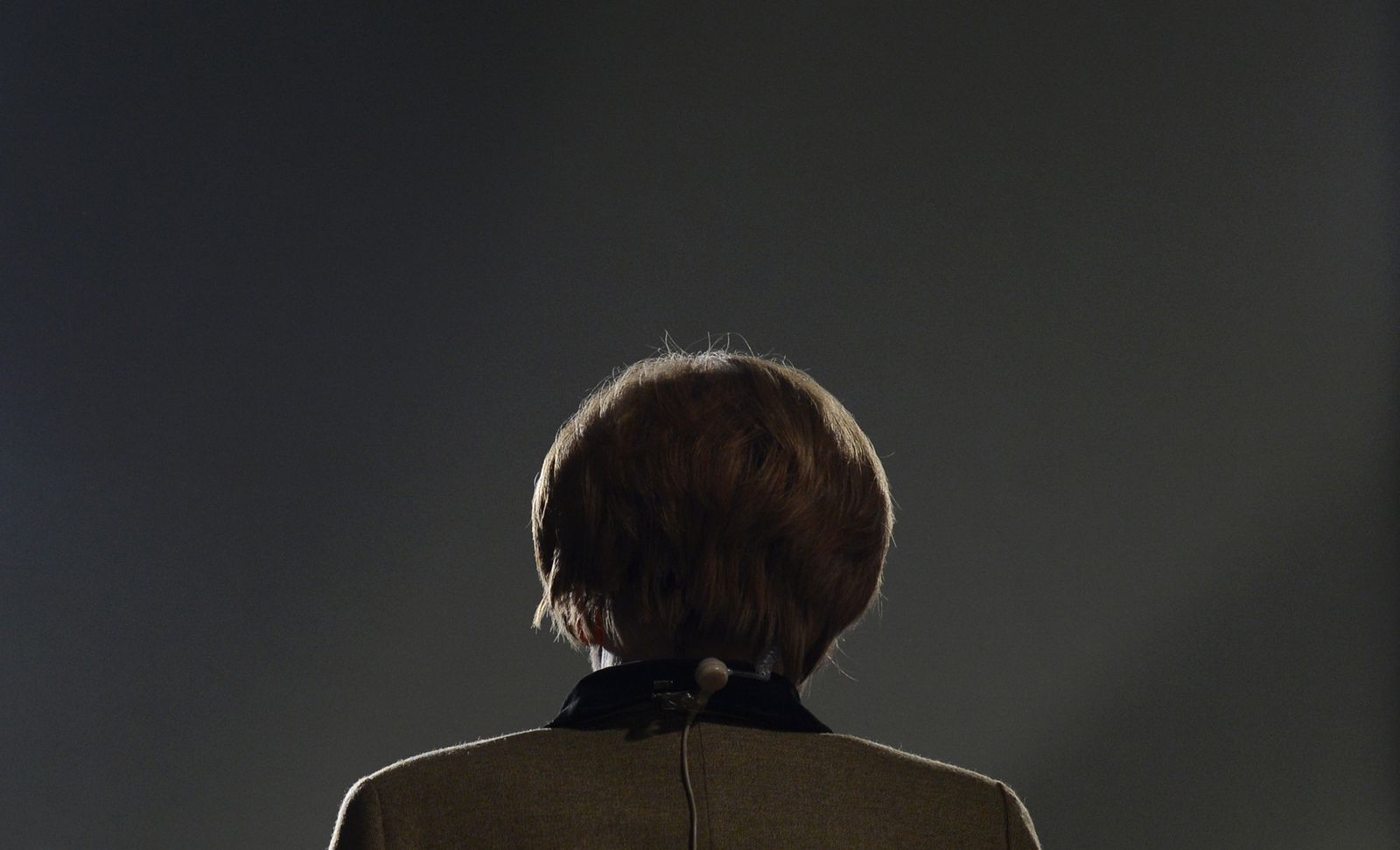 German Chancellor Angela Merkel has no more challengers left in her own party.