In geopolitical disputes between Moscow and Kiev, natural gas is a frequent tool used by the Russians to bring Ukraine back into political line. With frigid winter temperatures, Ukraine is heavily reliant on Russian gas to provide heating, and in recent years, the Russians have twice cut off gas supplies to the country.

That eventuality could play a role in the current crisis. Now Germany's major energy utility companies are developing strategies to help Ukraine fill the shortfall if Moscow decides to cut gas supplies. Companies including RWE and E.on are working on plans to supply Ukraine with weeks' worth of gas.

Currently, Ukraine taps around half of it gas needs from Russia. But last Friday, Russian Gas monopolist Gazprom threatened to suspend deliveries to Ukraine if the country doesn't pay its outstanding February bill of €1.7 billion ($2.35 billion).

In an emergency, the flow through Europe's pipelines could simply be reversed, with gas getting pumped from German reservoirs through the Czech Republic and Slovakia directly to Ukraine. Following this year's especially mild winter, Germany's reservoirs are much fuller than usual. Even long-term deliveries would be conceivable at the moment.

Ukraine already signed a framework agreement in 2012 with RWE to make the gas deliveries possible. Under the contract, the company has committed itself to delivering up to 10 billion cubic meters of gas per year to Ukraine, which the country was going to use this summer to fill its reservoirs for the coming winter. But RWE executives say they could provide deliveries much sooner.

RWE currently draws its gas from Norway or the Netherlands, both major suppliers in Western Europe. It would also be possible to redirect Russian gas from the Nord Stream Baltic Sea pipeline -- which connects Russia and Germany -- through pipelines in the Czech Republic and Slovakia to Ukraine. The Russians have included provisions in their supply contracts with Germany prohibiting such redirection, but a high-ranking energy utility executive told SPIEGEL these clauses are easily circumvented. "Once gas has been delivered to a storage facility, it is impossible to determine where it came from," the source said.

Around 35 percent of natural gas supplies in Germany originate from Russia, but that energy dependence could soon wane as a result of controversial fracking technologies in the United States. The country is currently extracting so much natural gas that it may soon begin exporting it in large volumes. 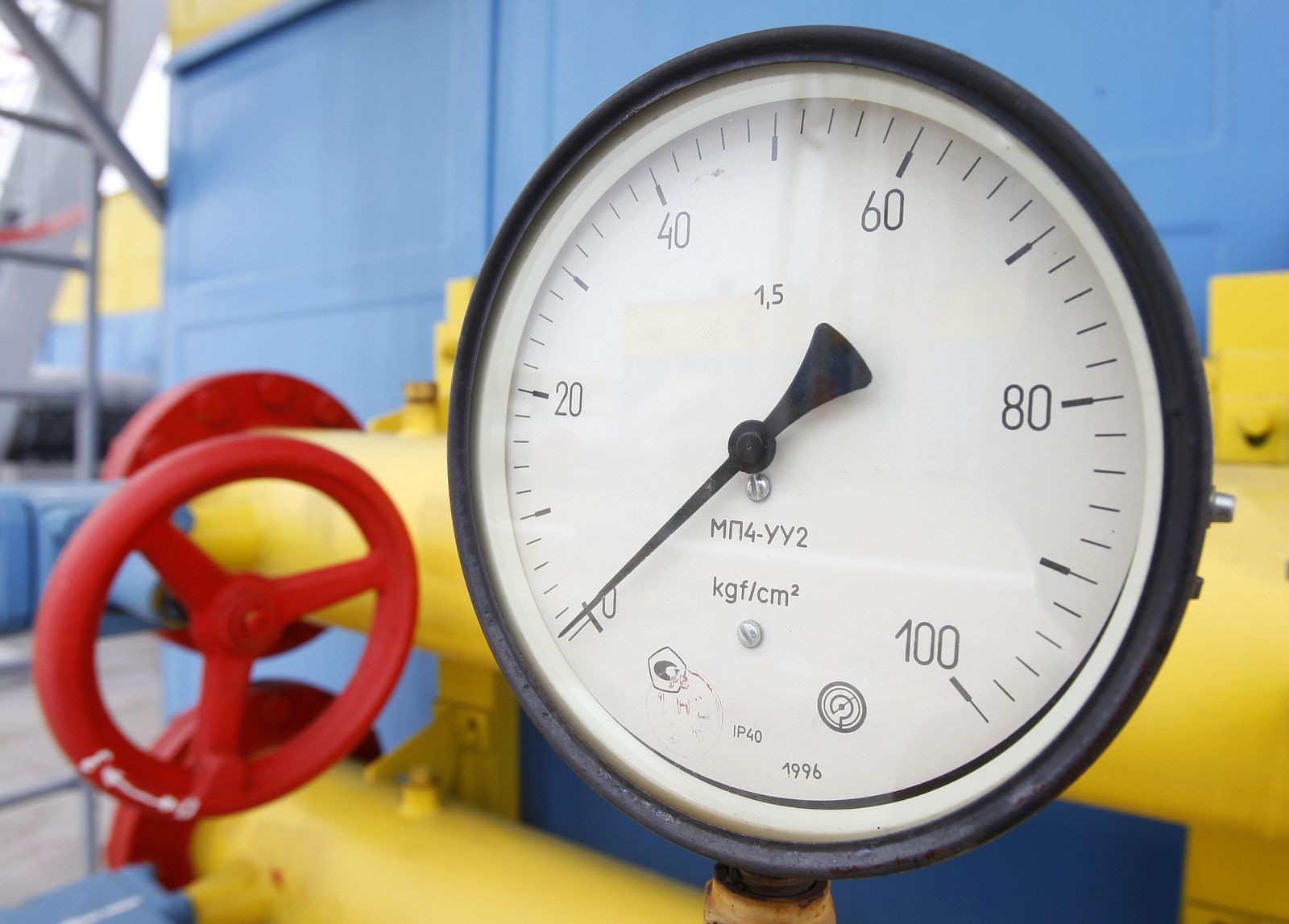 Under pressure: A gauge is pictured at an underground gas storage facility in the village of Mryn, 120 kilometers north of Kiev in this May 2013 archive photo. 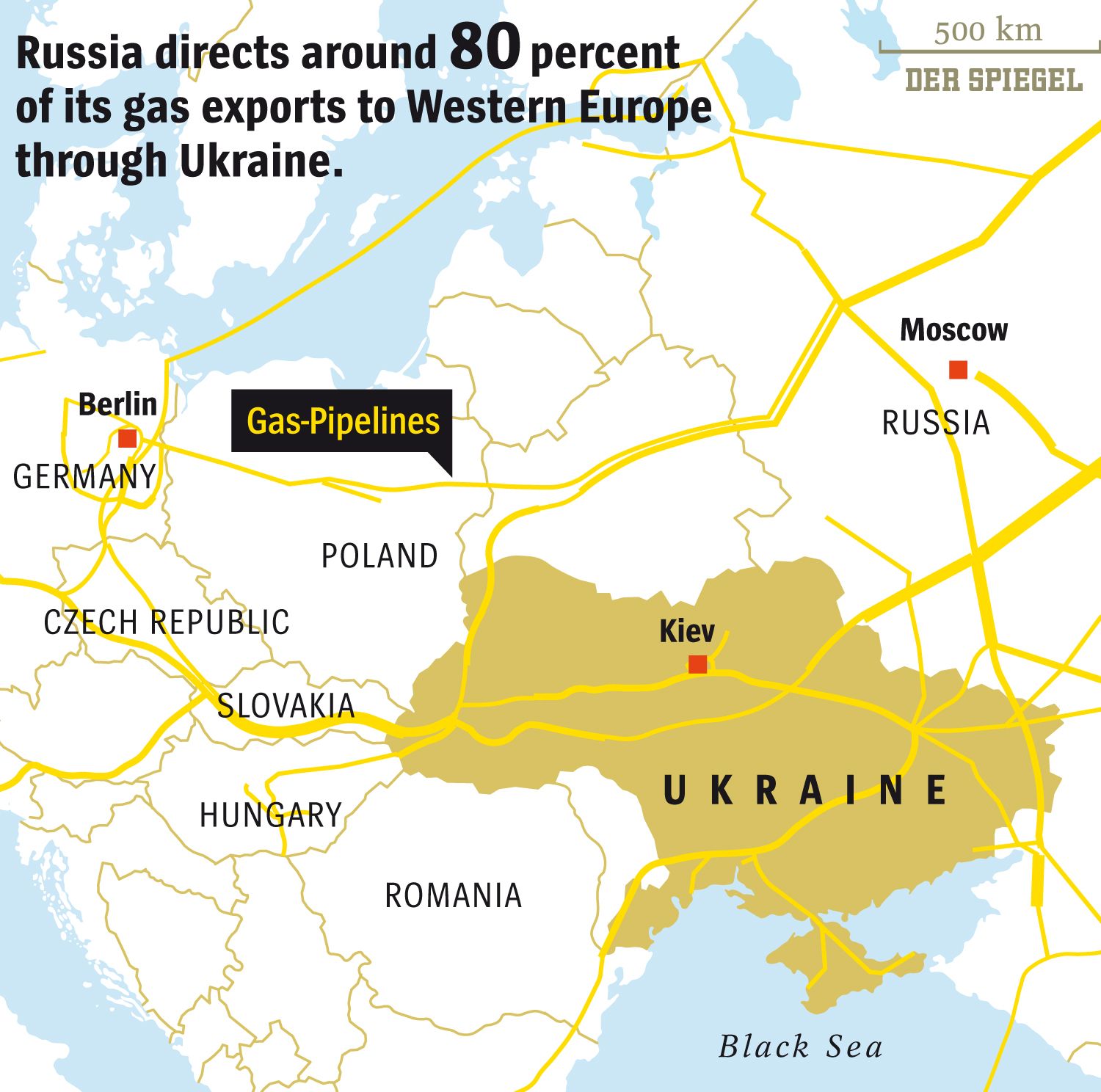