It was mid-July, and the German government had something it could be a bit proud of. For the first time in the never-ending spying affair, it had reacted quickly, unanimously and toughly. A spy for the Americans had been exposed inside Germany's foreign intelligence service, the Bundesnachrichtendienst (BND), and the government in Berlin ordered the CIA's top official in Germany to leave the country, demonstrating to Washington that it refused to put up with just anything. Berlin seemed to be going on the offensive.

It didn't last long. Four weeks later, Chancellor Angela Merkel's team is backpedaling. On Friday, the daily Süddeutsche Zeitung reported that the BND -- even if apparently unintentionally -- had eavesdropped on a telephone conversation by then-US Secretary of State Hillary Clinton. The revelation made Merkel's dictum, "Spying among friends? That's unacceptable," ring a bit hollow.

Information obtained by SPIEGEL indicates that the affair goes beyond Clinton. Last year, it also drew in Clinton's successor, John Kerry, when he was mediating in the Middle East between the Israelis, the Palestinians and the Arab states. At the time, the recording of at least one Kerry conversation was apparently immediately deleted by the BND under orders.

The fact that Clinton's conversation apparently wasn't deleted is one of many oddities in the NSA scandal that is filled with them. And it is the product of a number of unfortunate coincidences within the BND.

For years, the BND has intercepted satellite telephone conversations from its listening station in Bad Aibling in Bavaria in order to obtain knowledge of the Islamist terrorist scene. But intelligence sources now say that US office holders have also fallen into the BND's crosshairs while making satellite telephone calls from airplanes. Sources described it as a kind of unintentional "by-catch".

That's how Clinton got caught in the BND's net in 2012. The former secretary of state had telephoned with former United Nations Secretary General Kofi Annan. At the time, he was serving as the joint UN-Arab League special envoy for the Syrian crisis. Annan had just left the latest negotiations in Syria and wanted to provide Clinton with an update.

Following protocol, staff at BND headquarters prepared a several-page-long transcript of the conversation and passed it along to senior agency officials. They in turn ordered that the transcript be destroyed. Sources say that the document was not forwarded to Merkel's Chancellery.

But the person tasked with destroying the transcript was Markus R., an employee in the agency's Areas of Operations/Foreign Relations department, who also turns out to be the same man recently accused of serving as an agent for the Americans.

R. apparently had no intention of immediately destroying the transcript. Instead, he allegedly added it to the other 217, in some cases highly sensitive, BND documents that he is suspected of having delivered to the Americans. German investigators discovered the documents on a USB stick during a search of R.'s home at the beginning of July.

The Americans have now turned the tables and, in internal discussions, are accusing the Germans of hypocrisy. The official line in German security circles is that "allied countries were not and are not our reconnaissance targets". Sources also pointed out that, since the middle of last year, the BND has been under orders by the Chancellery to immediately purge any such by-catch -- it isn't even supposed to be forwarded to senior officials in the foreign intelligence agency. Still, the case represents another deep blow in German-American relations that are already battered.

On Friday, high-ranking members of the German government expressed deep frustration over the matter. Sources in Berlin said government officials had ordered a comprehensive assessment report on the eavesdropping by-catch from the BND. The report is also expected to go beyond the accidental by-catch to address what promises to be an even more explosive issue.

Among the documents allegedly pilfered by Markus R. is one addressing a second, highly sensitive matter: the so-called "order profile" with which the federal government determines the BND's working focus every four years. The profile currently being used was agreed to in 2009 and hasn't been renewed yet because of the NSA scandal. A new version is expected in the coming months.

SPIEGEL has learned from sources that Turkey is one of the BND focuses included in the BND order profile, making the country an official target for the foreign intelligence agency's espionage efforts. The fact that the German intelligence service, at the behest of the government, has targeted a NATO ally could undermine recent efforts by the German government to resolve tensions between Berlin and Ankara.

Turkey's reaction has thus far been muted, with Ankara apparently at pains to avoid a potentially damaging confrontation. Germany's ambassador to Turkey on Monday was asked by the Foreign Ministry in Ankara to come in for a meeting, but both sides insisted the atmosphere of the conversation was "friendly." Later on Monday, the Turkish Foreign Ministry released a statement saying that, if the reports were true, such espionage would be "absolutely unacceptable."

Over the weekend, a government source in Germany defended Berlin's actions in the Frankfurter Allgemeine Sonntagszeitung, published on Sunday. Chancellor Merkel has stated repeatedly since the NSA scandal that friends should not be spying on friends, but the source said: "We have never claimed in the past years that this position applies to every NATO country." The paper also quoted the source saying that Turkey could not be compared to the United States or European partners like France or Great Britain.

The source told the newspaper that what happens in Turkey has immediate importance for Germany's domestic security. Germany, after all, is home to the largest population of Turks outside of Turkey, with 3 million people of Turkish origin living in the country. Those security considerations range from the activities of the Kurdistan Workers' Party (PKK) to left or right-wing extremist Turkish groups in Germany, right up to drug smuggling and human-trafficking. The source said it has also been known for some time that the Turkish government attempts to assert its political goals through Turkish associations and organizations in Germany.

Additional German politicians on Monday have also defended the espionage on Turkey.

Nevertheless, officials in Berlin are already mulling what can be done to mollify Germany's snubbed partner, which has such an important role to play in the current Iraq crisis. Sources in the government in Berlin said efforts would be made quickly to approach the government in Ankara.

But here, too, it could take some time before the coalition goes on the offensive again. 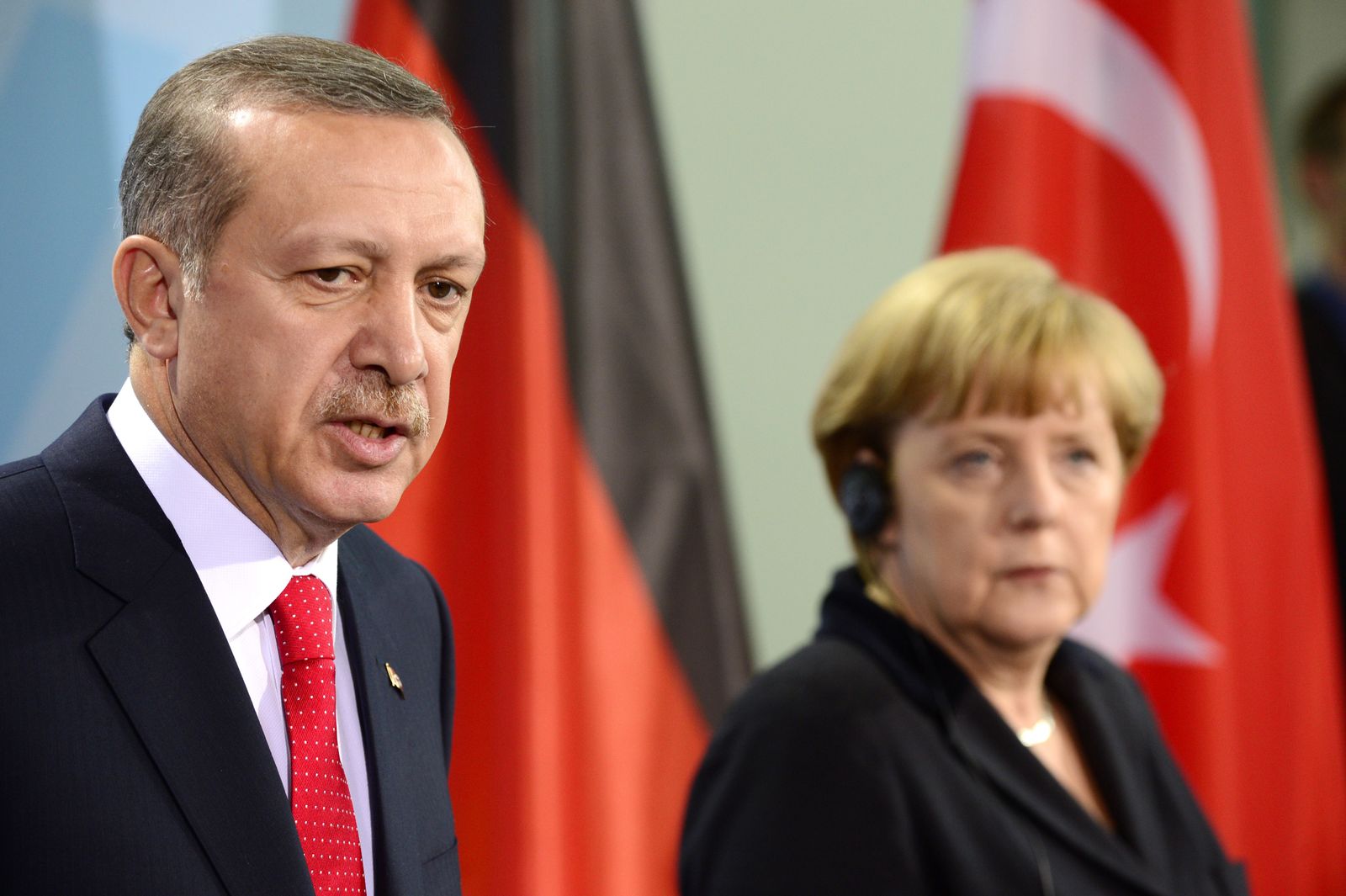