The Constitutional Court ruled as expected that one member of a civil partnership must be given the right to adopt their partner's adopted or natural-born child. Until now, unlike heterosexual married couples, they were only able to adopt a partner's biological child.

The court ordered Berlin to draft new legislation by next June. It said the German constitution does not justify ruling out one partner adopting the other's adopted child. The previous law was not only detrimental to the child, it also breached the rights of same-sex couples to equal treatment, said presiding judge Ferdinand Kirchhof. "Same-sex partnerships can be as beneficial to the happiness of a child as a marriage," he said.

The judges based their decision on expert opinions that deemed that such adoptions could provide what the court called a "stabilizing psychological effect," as well as benefiting children in terms of both child support and inheritance rights.

The case in Karlsruhe was brought by a doctor from Münster, whose long-term partner adopted a child from Bulgaria in 2004. Her application to adopt the child was thrown out by regional court.

Opposition parties as well as the Lesbian and Gay Federation in Germany (LSVD) welcomed the decision. Peer Steinbrück, the Social Democrats' lead candidate for the German election scheduled for September, said the ruling showed that "the CDU are trailing behind social reality." "Once and for all, same-sex union partners must be allowed to adopt and lead normal family lives," he said.

Volker Beck, an openly gay senior lawmaker with the opposition Green Party, greeted the ruling as "a breakthrough in equal treatment." He told the Neue Osnabrücker Zeitung that his party was planning to propose its own draft law in parliament that would grant gay couples the same adoption rights as heterosexual couples, including tax breaks. For the time being, although Germany has allowed same-sex couples to register as civil partnerships since 2001, they are not permitted to adopt an unrelated child together.

Justice Minister Sabine Leutheusser-Schnarrenberger greeted the court ruling as "marking a historic step finally to put rainbow families in Germany on a comprehensive, secure legal footing," she said. "Full adoption must be the next step." The minister is a member of the Free Democrats, the socially liberal junior partner in Chancellor Angela Merkel's coalition.

Merkel's Christian Democrats, two thirds of whom voted in December against joint tax filing with tax breaks for same-sex couples, were more reserved in their response to the court ruling.

"A move towards equal rights can be deduced (from this ruling), but I would prefer not to speculate," said the CDU's parliamentary manager Michael Grosse-Brömer. 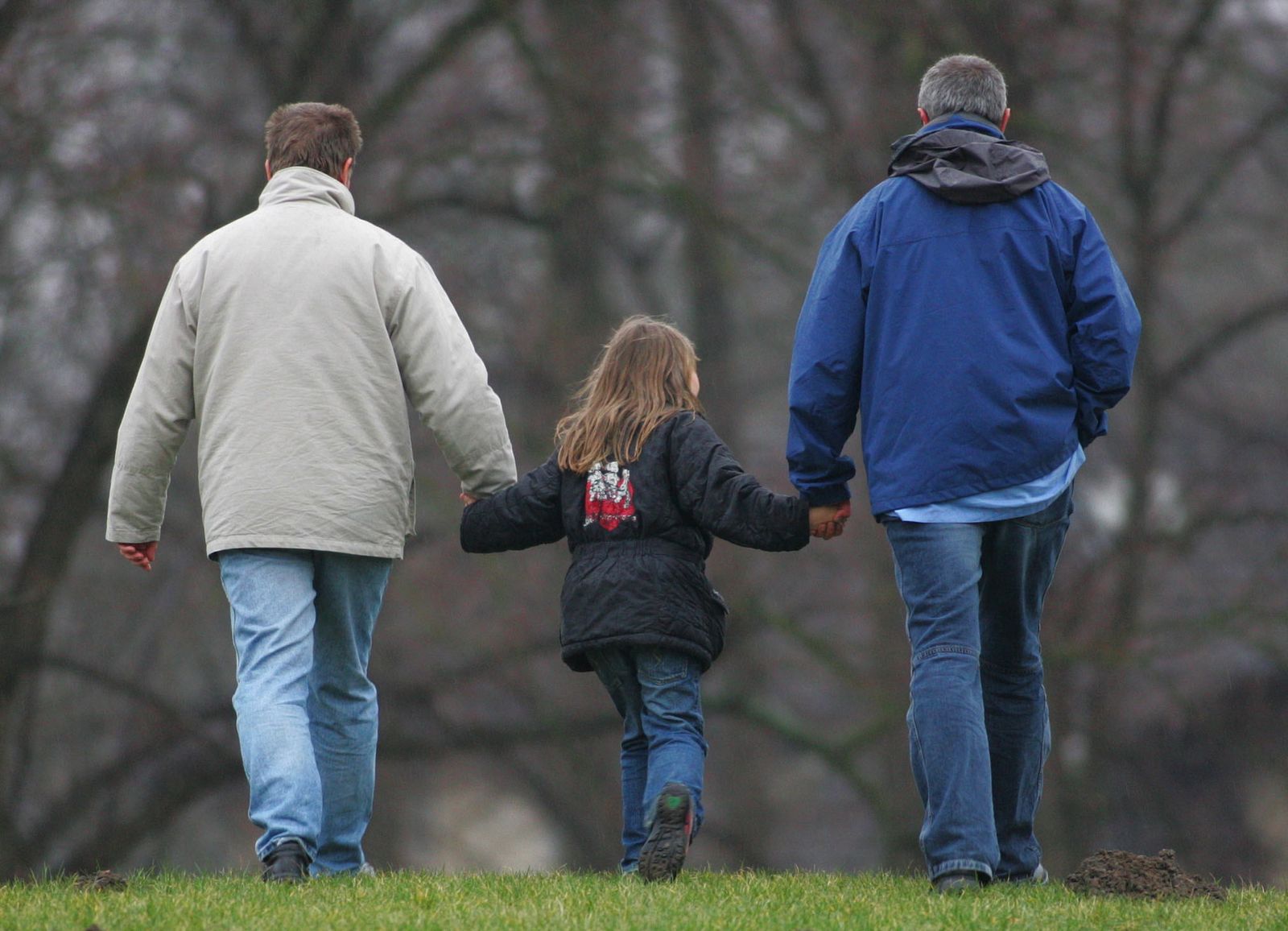 Tuesday's decision paves the way for same-sex partners in civil unions to gradually be able to adopt children.