Lazarinka R. thought she could make Germany her home. She thought she could be happy here. But she has ended up fighting a legal battle against its labor laws that could have massive repercussions -- for her, Germany and the entire European Union.

In the late summer of 2008, the 24-year-old arrived from Bulgaria in the southwestern German city of Stuttgart and worked at an under the table job as a waitress. Eighteen months later, when she discovered she was pregnant, her boyfriend kicked her out. She couldn't afford to see a doctor. Toward the end of the pregnancy, she lost her job and turned to the local government job center in Stuttgart for help. There, the staff told her that, according to German law, she had no claim to any kind of benefits. They advised her to return to Bulgaria.

Instead, Lazarinka R. brought a case against the city of Stuttgart. Her lawyer argued that, since Romania and Bulgaria joined the European Union in 2007, EU law obligates Germany to grant nationals from the bloc's other member states the same social welfare payments as its own nationals. Germany's Federal Social Court, in Kassel, is now considering the case.

The fact that Lazarinka R. used to work illegally is irrelevant. Hartz IV, as the social welfare payments that the German government makes to those who have been unemployed for longer than a year are known in Germany, is not an insurance scheme like the country's unemployment plan. In other words, people don't need to have paid into it before making claims on it. Theoretically, the benefits can be claimed by anyone who needs them -- and Lazarinka R. clearly did.

But the case being heard this week in Kassel is about more than one young Bulgarian woman. The court is ruling on nothing less than the right of EU citizens across the 27-nation bloc to the same social welfare payments in Germany that the country's own nationals are entitled to. Can Bulgarians and Romanians, for example, claim Hartz IV benefits?

Ultimately, what is under scrutiny is the very notion of a united Europe. Is it a union guaranteeing the same rights for all its citizens? Or is the EU merely unified in economic terms?

As the euro crisis has unfolded, German Chancellor Angela Merkel has been constantly championing European solidarity -- the idea of a close-knit community with open borders and a common market. But, in reality, her conservative Christian Democratic Party (CDU), its Bavarian sister party, the Christian Social Union (CSU), and their junior coalition partner, the business-friendly Free Democratic Party (FDP), are not at all keen on seeing EU citizens move to Germany and tide themselves over between jobs by seeking financial support from the state. Instead, they worry about unchecked immigration and whether Germany's welfare system is being exploited.

In fact, Germany was among the 17 signatories of the 1953 European Convention on Social and Medical Assistance, which established the principle of equal treatment through the Council of Europe, an international organization fostering cooperation between European countries on human rights, democracy and legal standards. In other words, nationals of all the countries that have ratified the convention are entitled to the same social and medical assistance as that available to a signatory country's own nationals. But Germany changed its law in 2006, preventing immigrants from within the EU from applying for Hartz IV as soon as they arrived in Germany. Then, in 2010, its Federal Social Court decided that nationals of all the countries that have signed the convention have a right to social assistance.

Berlin tried to get round the decision, adding a caveat to the convention in December 2011 that made Hartz IV an exception to the rule. While its main concern was to deter economic refuges from crisis-stricken countries, such as Greece and Spain, Labor Minister Ursula von der Leyen (CDU) resorted to a bizarre justification. Her ministry argued that since the law is of no benefit to the nationals of countries that were not members of the EU when the convention was signed, such as Romania and Bulgaria, then other nationals should not benefit either.

With this sleight-of-hand logic, Merkel's ruling coalition is simply making up for an injustice suffered by a few EU nationals in Germany by extending it to all EU nationals.

Opposition parties and a number of welfare associations have criticized the move. In the opinion of Ulrich Schneider, managing director of the German Parity Association for Social Welfare and Charity (DPWV), it represents "a signal that is fatal in terms of Europe and social policy."

Above all, it is legally questionable. Georg Classen, from the Berlin Refugee Council, objects to the fact that Germany has unilaterally amended a multilateral agreement. After all, German nationals can claim welfare payments in other EU countries. Germany is contravening international law, he maintains.

The German Bar Association makes similar arguments and has urged the government to retract the caveat. Even the Research Services of the German Parliament, the Bundestag, has doubts about its legality. A number of EU nationals have won cases in regional courts, and the decision in Kassel might put pressure on Chancellor Merkel to review the issue.

Rolf Gutmann is representing Lazarinka R. in the case in Kassel. He plans to argue that all EU nationals have a right to equal treatment -- and that this doesn't mean equally unfair treatment.

Gutmann cites European law guaranteeing any EU citizen the same right to work in another EU country as nationals of that country. He points to a 2002 ruling of the European Court of Justice determining that financial assistance awarded within the framework of the 1953 Convention can be claimed even by EU nationals from non-signatory countries.

Gutmann also intends to cite the EU directive on social security coordination, which details EU nationals' right to unemployment benefits when living and working in other EU countries.

If the court in Kassel rules in favor of Gutmann's client, a key precedent will be set -- and a lot of more people in Germany will be able to claim long-term unemployment benefits. 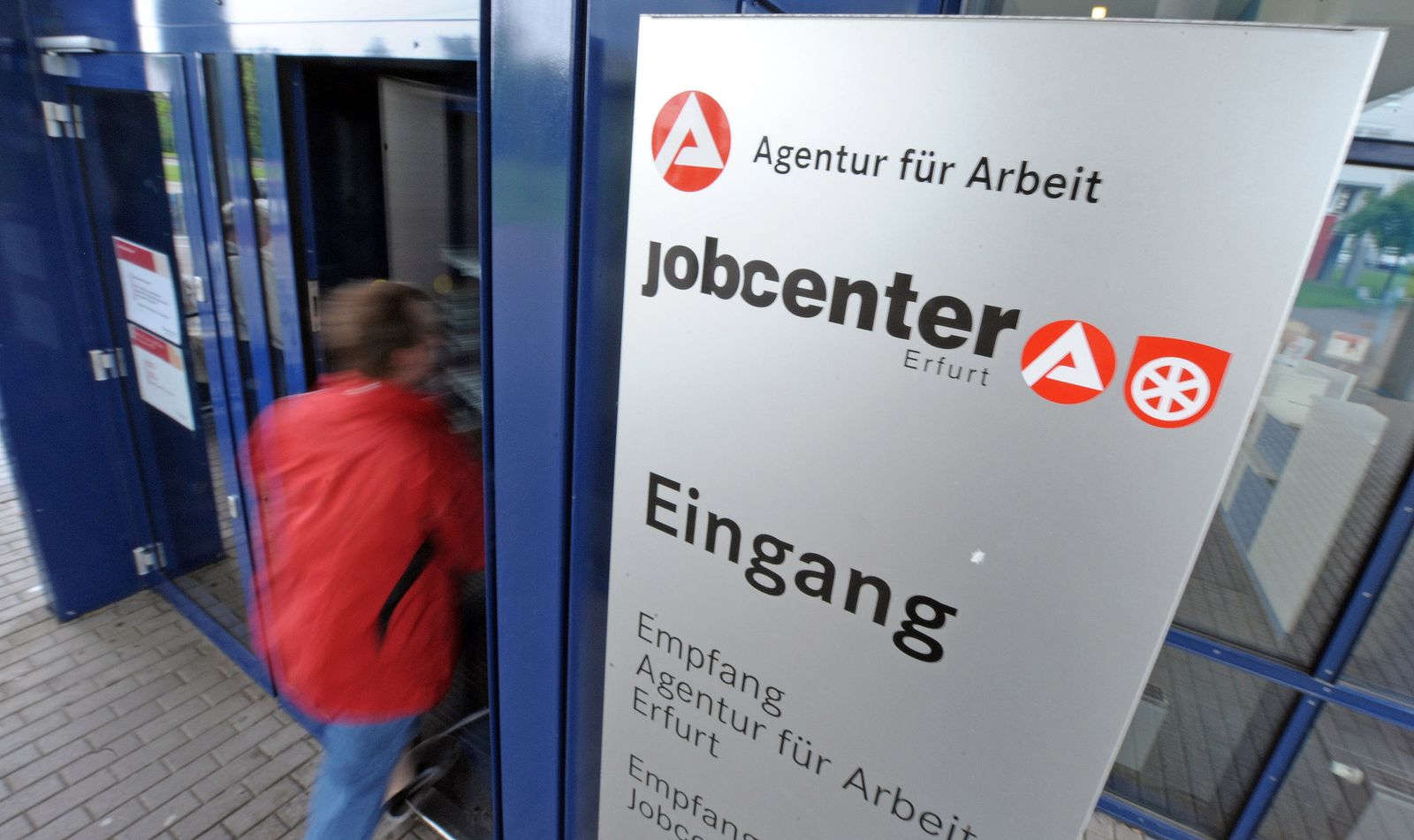 A German job center: A court case is expected to rule on whether EU immigrants to Germany are entitled to social welfare benefits.