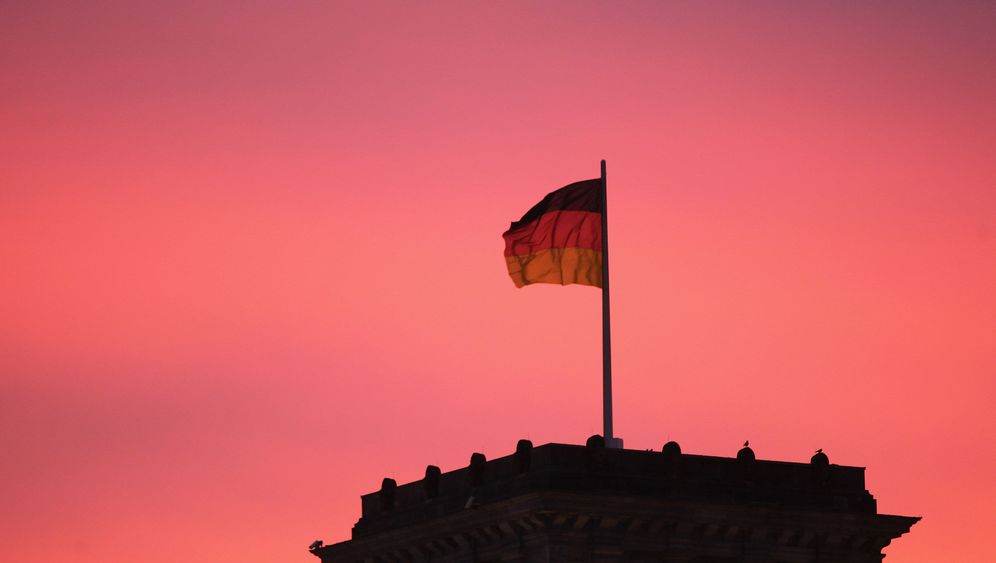 Photo Gallery: Who Is a German?

Aydan Özoguz has come a long way. As a newly appointed state minister, Özoguz, of the center-left Social Democrats, has moved into several offices in the Chancellery with her team. Her core area of responsibility, integration, is one of the key issues for Chancellor Angela Merkel's new government.

"We have broken a taboo," said SPD head Sigmar Gabriel when Merkel's new coalition government, which pairs her conservatives with the SPD, reached agreement on allowing immigrants to maintain dual citizenship. He was also proud of the fact that he was able to place Özoguz -- the Germany-born daughter of Turkish immigrants --in Merkel's immediate surroundings, as a kind of bridgehead in the Chancellery.

But now it is becoming apparent that the celebrated dual citizenship deal isn't quite what it seemed at first. As soon as one starts looking at the details, it becomes apparent that the SPD and the conservatives have different ideas as to how a new law might look. And that promises to present Özoguz with her first great challenge.

In coalition talks prior to establishing the new government, the SPD and the conservatives agreed to do away with the requirement that children of immigrants born in Germany must decide in early adulthood which citizenship they would like to keep. Now, however, conservative politicians are seeking to place new hurdles in the way of dual citizenship.

The Interior Ministry, led by Thomas de Maizière, a member of Merkel's Christian Democratic Union, has already produced a draft of the law. It would mandate that, to be eligible for dual citizenship, children of immigrants would have to have lived in Germany for at least 12 years and have spent a significant portion of their teenage years here. Young adults who have a diploma from a German high school would also qualify. In the coalition agreement, however, it merely says that dual citizenship would be extended to those who were "born and grew up" in Germany.

With the SPD and the conservatives now seeking to codify exactly what that means, yet another integration debate could soon be in store for Germany. The Turkish community would almost certainly see it as an affront should the state begin examining their children's educational history before granting them the right to dual citizenship.

It would also represent a significant setback for the SPD's efforts on integration. During last year's campaign, the SPD aggressively courted the immigrant vote by promising that they would be allowed to maintain their old citizenships even as they acquired a German passport. Following the election and ensuing coalition negotiations with the conservatives, that pledge was watered down to include only those children of immigrants who were born in Germany.

Social Democrats, concerned as they are that the CDU will blithely establish additional conditions that must be met, have been shying away from questions about the issue. An internal paper from the SPD caucus in the German parliament advises deputies to avoid "contributing to a public confrontation," saying they should discuss the issue with their partners across the aisle instead.

Unwilling to Back Down

Conservatives, however, are not being particularly reticent about specifying their demands. Schooling, says CDU domestic affairs expert Wolfgang Bosbach, "is a way of showing successful integration into German life." He continues: "Proof of regular school attendance is also easy to present, through certificates, for example." Horst Seehofer, head of the Christian Social Union, the Bavarian sister party of Merkel's CDU, agrees. "For me, school attendance is the central criteria," he says.

The compromise established in the coalition agreement has thus become fragile, something that Özoguz must also realize. She would like to get rid of the current legislation completely and is unimpressed with conservative efforts to impose further criteria. "Nobody can be interested in municipalities being burdened with administrative duties that can hardly be met, increase expenditures, add to people's workloads and bring no additional benefits for integration efforts," she said.

A document from the SPD caucus in parliament makes a similar argument. "We do not want to erect hurdles that are not feasible or are too bureaucratic," it reads. Surveying registration authorities both within Germany and abroad in an effort to determine how long individual applicants have spent in Germany, the document continues, is impractical. Such a practice, the SPD makes clear in the paper, would create a kind of conditional citizenship.

Conservatives, however, appear unwilling to back down. "People who receive German citizenship must be a part of our society," says Volker Kauder, conservative floor leader in parliament. He makes it clear that dual citizenship without checks is unacceptable.

Angela Merkel has likewise shied away from using the proximity to the new state minister to bring the competing positions on dual citizenship closer together. Özoguz had hardly finished formulating her demand for a complete end to the current choice requirement before Merkel said that she sees no reason to depart from the agreement established in the coalition agreement. For her, that means that only those who grow up in Germany are eligible for dual citizenship.

As the SPD and conservatives battle it out, deadlines for many in Germany are approaching. Young adults currently faced with the requirement of deciding between two citizenships prior to their 23rd birthday could lose out on the possibility of dual citizenship despite have been promised as much by the coalition deal.