Chancellor Angela Merkel may well have a new enemy to worry about when she is making her campaign speeches: irony.

The current head of the German state seems to be being followed by high spirited "flash mobs." Last Friday a group of around three dozen flash mobbers -- you can't call them activists or protestors because they didn't seem to espouse any cause -- mingled with a crowd of around 2,000 in Hamburg who had come to hear the Chancellor speak. Merkel started to speak. But at the end of every sentence, the flash mobbers held up pieces of paper and let out a loud and exuberant "Yeah!"

On Monday night while giving a speech to around 5,000 voters, Merkel was again confronted by a flash mob. This time, over a hundred flash mobbers interrupted her speech with more over-enthusiastic shouts of "Yeah!". The organizer of Monday night's flash mob says there will be similar demonstrations, right up until the election on Sunday. 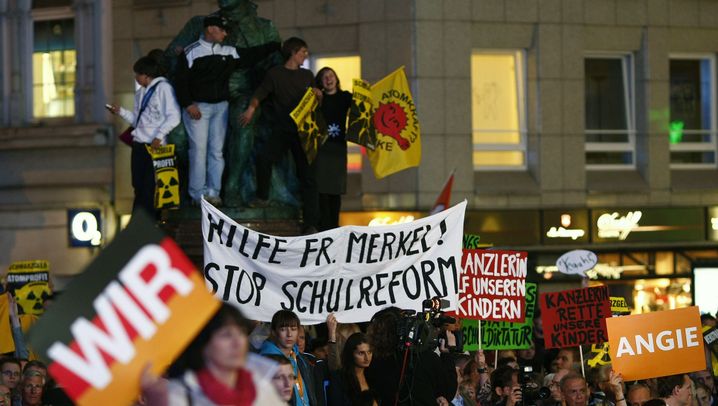 Apparently for the Hamburg flash mob, it all started a week ago with a picture on the Internet photo sharing Web site, Flickr. The picture showed a campaign poster, saying "The Chancellor Is Coming." Immediately after the slogan, some unknown individual had added some graffiti which said "And everyone says: Yeaahh."

For some unknown reason, the slogan caught the fancy of dozens of Internet users, bloggers on sites like Nerdcore and Spreeblick as well as members of Twitter. Word spread. On one of the blogs, it was suggested that Merkel's upcoming speech be treated as though it was a sermon in an American spiritualist church, where the congregation call out after every line. Other Internet users agreed. And a week later a group of "yeah" fans came to meet the Chancellor in the center of Hamburg.

Onlookers report that the chancellor met the yay-sayers' challenge like the seasoned political professional she is. She gave her speech and ignored the ever growing chorus. The flash mob grew as the speech progressed -- passersby were inducted into the group and the yeahs got louder. There were also other protestors in the square that evening, calling attention to issues such as nuclear power and education. Even though two banners from the Pirate Party -- the German party which supports Internet freedom and privacy rights and opposes censorship -- could be seen, the yeah group didn't seem to have too many political points to make. "It's more about having fun," one girl explained the flash mob to her friend. "Why are we doing this?" one of the flash-mobbing bloggers wrote. "Because it's funny."

For Johnny Haeusler, an editor on the Spreeblick blog and one of the initiators of the flash mob, it was all about reclaiming public space for debate. While Haeusler described Internet action as a new form of political engagement and organization, he also said the arrangements were "fragile and temporary." Still the Hamburg flash mob would be, he said, "a subtle way of presenting the other members of the crowd with a big question mark," as well as a way of having a good laugh.

The Hamburg event was streamed live onto the Internet and was followed by almost 2,000 computer users. And at least one enterprising T-shirt maker is now selling T-shirts and accessories decorated with the original "yeaahh" slogan online.

The flash mob in Mainz seemed more politically motivated and at least partially organized by the political Web site Campact, whose name is a combination of the words campaign and action. The Web site says it "organizes campaigns that get people involved with political decision-making via the Internet," and it promises more flash mob style demonstrations at campaign speeches being given by members of the CDU and Free Democratic Party (FDP) this week.

In Mainz the flash mobbers held up yellow and black signs with "Hurrah" written on them (yellow and black are the colors that symbolize a coalition between the CDU and the FDP) and they too called out "yeah" after Merkel finished every sentence. However, at Monday night's meeting the chancellor did address the hecklers. "It can't hurt to yell something else other than yeah after every sentence," she said. The group then repeated Merkel's words, saying nonsensical things like "growth", "back door" and "five" after the Chancellor did.

German mass circulation newspaper Bild asked whether the gatherings might be illegal but a police spokesman said they were no problem as long as no damage was done. And the CDU itself said politicians are used to protests at their campaign meetings. In the past, vegetables and eggs have been thrown at chancellor candidates.

Still, if the "yeah" campaign gets bigger, at least some of the flash mobbers are a little worried. As one German Twitter user said after the Hamburg event, "Wouldn't it be funny if the international audience got the wrong impression?" Maybe, she worried, they would think it was some sort of "alarming German political euphoria." 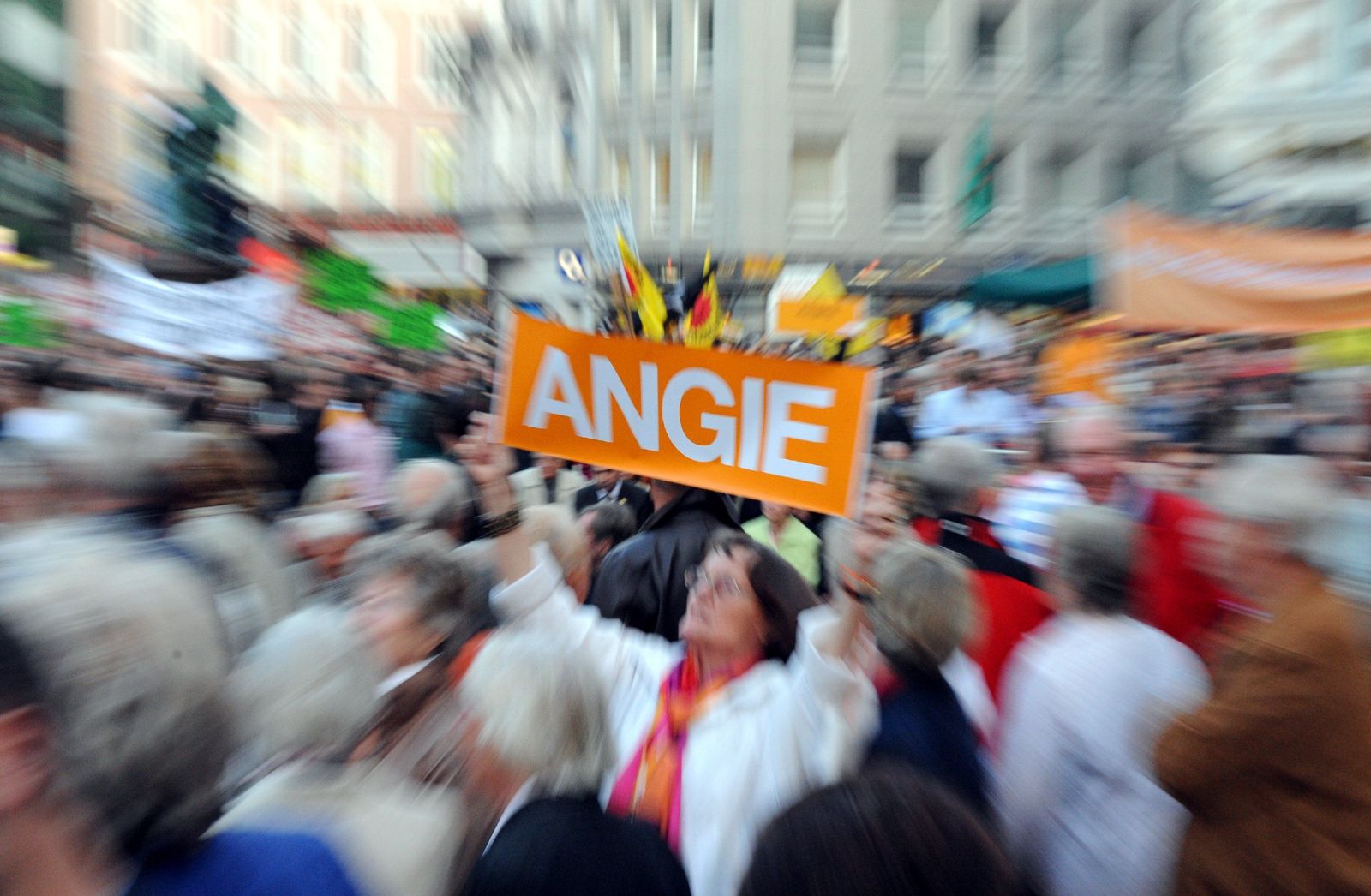 It started last week with a picture on the Internet photo sharing website, Flickr. The picture showed a campaign poster, saying "The Chancellor Is Coming." Immediately after the slogan, some unknown individual added some graffiti which said "And everyone says: yeaahh."