One person, one vote -- if only it were that easy. Germany's voting system is exceedingly difficult to understand, stemming from the country's combination of parliamentary democracy, in which parties are supreme, and a desire to allow voters to choose a local candidate. Throw in the need for states to be fairly represented in parliament and what you get is both one of the fairest and most complicated systems around.

It only recently became completely fair. Germany's Constitutional Court ruled in 2009 that the voting system used up through the 2009 general election was actually unconstitutional. Then the first fix offered up by the Bundestag was thrown out as well. It was only in February of this year that the country finally got a new system that conforms with the country's constitution, the Basic Law.

As with the old system, every voter gets two votes. The first allows voters to choose their candidate of choice in their district. The second is for the party they support. Every candidate who wins in one of the country's 299 districts -- based on voters' first votes -- automatically gets a seat in parliament. This means that every district sends a lawmaker to Berlin.

The rest of the Bundestag's base number of 598 seats is allocated based on the percentage of the vote received nationwide -- based on voters' second votes. Only parties that surpass the five percent threshold are allowed to send representatives to Berlin based on the second-vote count. It is this percentage that will be announced on election night and which determines the ultimate make-up of parliament. The five percent threshold is intended to prevent fragmentation and to keep extremist parties like the National Democratic Party (NPD) from entering into parliament.

The representatives that enter parliament as a result of vote percentages (as opposed to having received a "direct mandate" from the first vote) come off the parties' candidate lists. Each party has a list for each state. A party's state-by-state result, in combination with the size of each state, helps determine where the additional candidates are drawn from.

If everyone in the country cast both of their votes for the same party, there would be no problem whatsoever. But they don't.

Imagine that the Left Party in Saxony wins eight districts on the basis of the first votes. But its percentage based on second votes was only enough to guarantee the party six seats in Berlin. Germany's election law guarantees all district winners a seat in the Bundestag. The result would be two so-called "Überhangmandate" or "overhang mandates."

That, though, would skew the share of seats in parliament based on the percentage of the vote received via the second vote. It is a real problem; in 2009, the Christian Democrats had 21 such "Überhangmandate." It is this skewing that led the Constitutional Court to declare Germany's election system unconstitutional.

The new system grants all other parties additional seats to compensate -- so-called "Ausgleichmandate" -- so that each party's share of seats in parliament is consistent with the number of second votes it received. This means, of course that the number of representatives in the Bundestag can be much higher than the 598 foreseen. Indeed, the new law means it could theoretically swell to up to 800 members. Not surprisingly, every new legislative period begins with a construction crew moving, removing or adding seats on the plenary floor in the Reichstag.

A couple of details to keep in mind: Every candidate who wins a district race based on first votes gets a seat in the Bundestag. This means that a party that fails to clear the five percent threshold for representation based on the number of second votes can have a lawmaker in the Bundestag if he or she wins the district. Independents can also land in the Bundestag via this route.

If a party that fails to clear the five percent hurdle becomes the overall winner of the first vote in at least three districts, then that party will be granted additional seats based on its percentage of the vote. 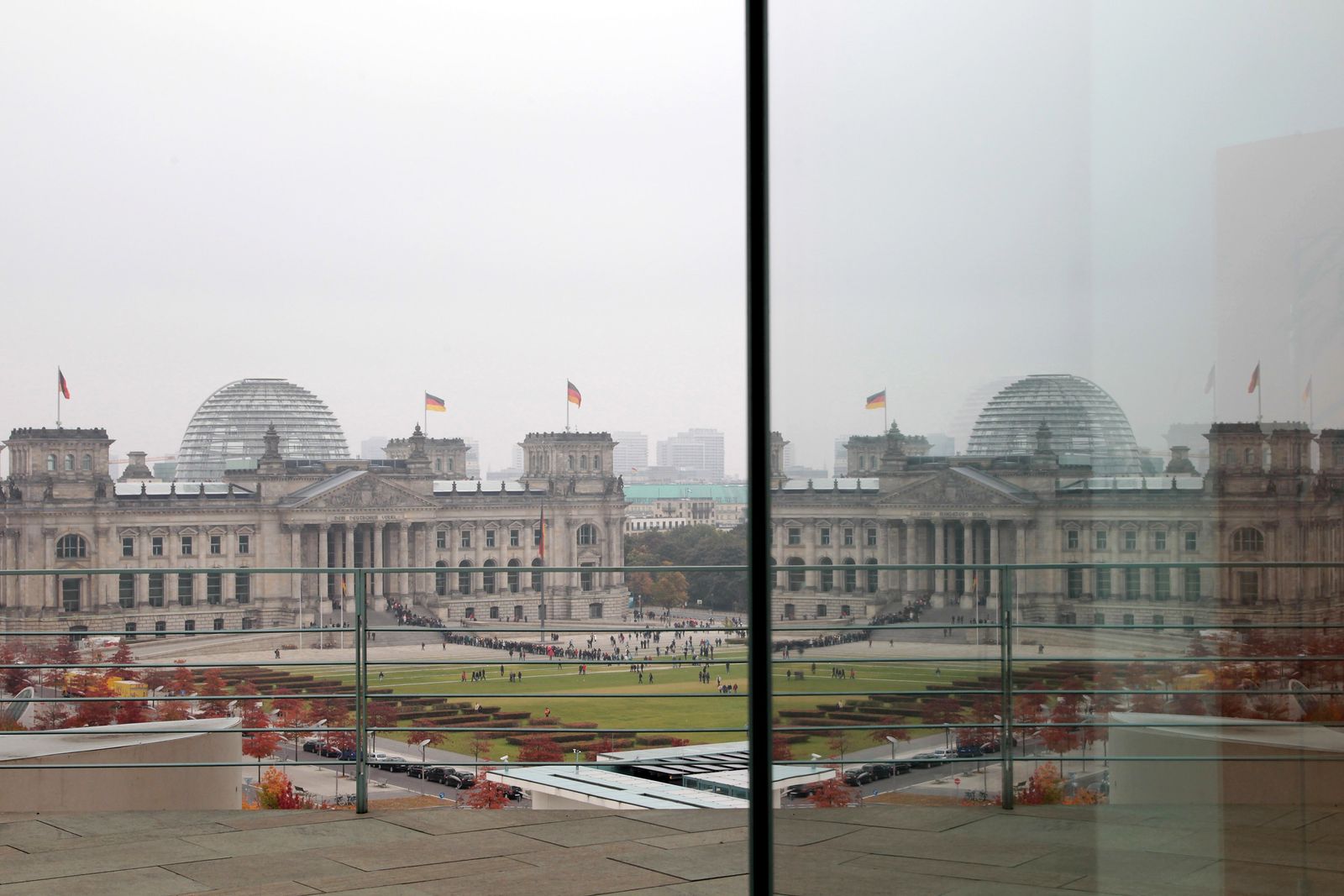 The German parliament, the Bundestag, meets in the Reichstag in Berlin.