SPIEGEL: Mr. Minister, Chancellor Angela Merkel sacked your predecessor, Norbert Röttgen, in mid-May after his embarrassing loss in the elections in North Rhine-Westphalia. However, she claimed the real reason for his firing was the lack of progress he had made in implementing Germany's ambitious plan to abandon nuclear energy by 2022 and get 80 percent of its power from renewable sources by 2050. What did Röttgen do wrong?

Altmaier: I think he did a lot of things right. He tried to give environmental policy a higher status. That wasn't easy, especially at the beginning of his term in office, when it was decided to extend the life spans of (Germany's) nuclear power plants.

SPIEGEL: If everyone was so happy with Röttgen, why is Merkel looking to make a fresh start in Germany's energy revolution?

Altmaier: The chancellor has said we need new momentum in the energy turnaround. That's my impression, as well. Ushering in this turnaround was the right thing to do, but we're behind schedule in a number of areas, such as expanding the power grid. We can't afford to let that happen.

SPIEGEL: The fact that you've now been appointed Germany's new environment minister doesn't change the fact that the plan for the energy revolution has flaws. For example, there's still no energy ministry or energy coordinator in the Chancellery.

Altmaier: The energy turnaround is a project that demands political leadership from many sides. But it's also true that the coordination between various actors -- between the ministries and between government and industry -- could have been better in the past. By changing environment ministers, we now have an opportunity to overcome such obstacles.

SPIEGEL: There are already some politicians in the business wing of your party, Merkel's center-right Christian Democrat Union (CDU), who are calling for Germany's nuclear power plants to remain in service after 2022 if the energy turnaround hasn't succeeded.

Altmaier: Even the business wing of my party has accepted the energy revolution -- but it also has to succeed. So, it's my job to reduce the friction with the business community over environmental policy.

SPIEGEL: The Environment Ministry is known for sugarcoating reality, for example, by assuming that power consumption will decline despite what is actually an upward trend. Based on these kinds of forecasts, how do you intend to completely reorganize the power supply of a large industrial nation within just a few years?

Altmaier: The energy turnaround can succeed, but only if it's based on realistic basic assumptions. Every single one of our brochures mentions that we intend to obtain 35 percent of our electricity from renewable energy sources by 2020. Whether we reach this goal, and what we have to do to achieve it, obviously depends on how high our power consumption will actually be in 2020. Only someone who can realistically estimate this will also know what measures need to be taken to achieve this objective.

SPIEGEL: So, what are you going to do about these estimates?

Altmaier: I've ordered my staff to review, before the summer break, the forecasts that we've been working with so far, particularly with regard to what we have and have not achieved. This concerns our expectations for future power consumption as well as energy-saving scenarios, for example, from enhanced energy efficiency. What's more, we will carefully re-examine our goals for expanding the use of renewable energy sources. Companies will only invest in the switchover if they view our goals and forecasts as realistic.

SPIEGEL: Your description fosters the impression that Chancellor Merkel had nothing to do with the wasted first year in the energy revolution.

Altmaier: The mere fact that there have been shortcomings doesn't mean that the first year in the energy turnaround has been wasted. Granted, the expansion of the power grid and the expanded use of renewable energy sources haven't been sufficiently coordinated. And although we have far exceeded our goals related to expanding solar energy, we still have a long way to go in terms of (power) networks. This has led to a situation in which, in many cases, the power can't be transmitted to consumers.

SPIEGEL: The problems with expanding the power grid have started with getting the electricity generated by offshore wind turbines in the North Sea to land. The major stumbling block has been TenneT, the Netherlands' state-owned grid operator, which complains that it can't come up with the €15 billion ($18.7 billion) in needed investments. Does that mean that Germany's government has to come to the rescue?

Altmaier: Let's not get ahead of ourselves. Before we talk about serious measures, such as the government's buying a stake in all this, I'd like to point out that TenneT simply has a contractual obligation to fulfill. But there is one point on which the state might be able to help: on the issue of the liability risk for a faulty or delayed connection to the power grid. On this point, I intend to work with Economics Minister Philipp Rösler to jointly propose a reasonable solution before the summer break.

SPIEGEL: The boom in solar-panel installations means that the share of the costs shouldered by electricity consumers will soon rise from 3.6 cents per kilowatt hour to over 5 cents. An average family will then have to pay some €50 more for electricity every year, not to mention the additional costs for the power networks. How do you intend to prevent an increase in electricity prices?

Altmaier: We'll have the new figures in the fall; I'm not going to speculate on rising electricity prices before then. Nevertheless, it's been clear right from the start that the energy revolution couldn't be had for free. It's also important that there are cost pressures now that we've surpassed our solar-energy goals by double the expected targets. All installed solar panels will receive financial subsidies (known as feed-in tariffs) for 20 years, which increases the price of electricity.

SPIEGEL: How are retirees and welfare recipients expected to deal with these price increases? Neither pensions nor benefits for the long-term unemployed are automatically adjusted to compensate for them.

Altmaier: I'm going to speak with social-welfare organizations about the special situation for low-income households. The price of electricity has to remain a tolerable burden. The state is being called upon to help out with this. We can't allow electricity to become a luxury. However, people are often unaware of the existence of simple cost-cutting options, such as energy-saving light bulbs.

SPIEGEL: Actually, there are other factors at play here. The socially disadvantaged often have old refrigerators that consume a lot of electricity, and they can't afford expensive energy-saving light bulbs. And now they can expect to pay even more for electricity. By contrast, the kitchen appliances of high-earning business owners and senior civil servants are usually state-of-the-art. What's more, some of these individuals have solar panels on their roofs, which allows them to cash in on the subsidies. Under these circumstances, do you think the energy revolution will become the next social issue?

Altmaier: We'll have to prevent that from happening.

SPIEGEL: But you still haven't answered the question of how you intend to prevent power prices from rising.

Altmaier: I see reducing subsidies for solar power as the right approach to effectively countering rising electricity prices. Subsidies for solar power may have been necessary in the beginning to kick-start the expansion of renewable energy sources. But now it's time to help market mechanisms reassert themselves. There cannot be an uncontrollable expansion of photovoltaics. At the same time, I also want there to continue being a solar industry in Germany that has a chance on the global markets. So we have to look for solutions, for example, regarding unfair competitive practices by foreign companies.

SPIEGEL: Rising electricity prices are only one reason for the discontent with the energy turnaround. Many people are opposed to plans that call for huge power lines to cut through their home regions. How do you intend to get a grip on the problem of outraged citizens?

Altmaier: The referendum on Stuttgart 21 (a controversial railway and urban development project in the southwestern German city) showed that both are possible: We can involve citizens in a transparent process of planning major projects -- and in launching major projects. The energy revolution can only succeed if the power lines run north-to-south and cross through regions in which people derive no direct benefits from them. The overall benefit for everyone is that the power supply remains stable and affordable. That's something we have to explain to people.

SPIEGEL: What do you think of the idea of having the individuals who are affected by the power lines assume a commercial interest in them?

Altmaier: I've been a minister for about 10 days now and, during this period, I've heard roughly 30 well-meaning and attractive proposals for solving this and other problems. But they all have a catch: They lead to additional burdens for electricity customers. But there is a limit to what we can ask of consumers. It doesn't do us any good if outraged citizens drop their resistance to expanding the power-line network -- and then no longer accept the energy turnaround owing to rising prices. 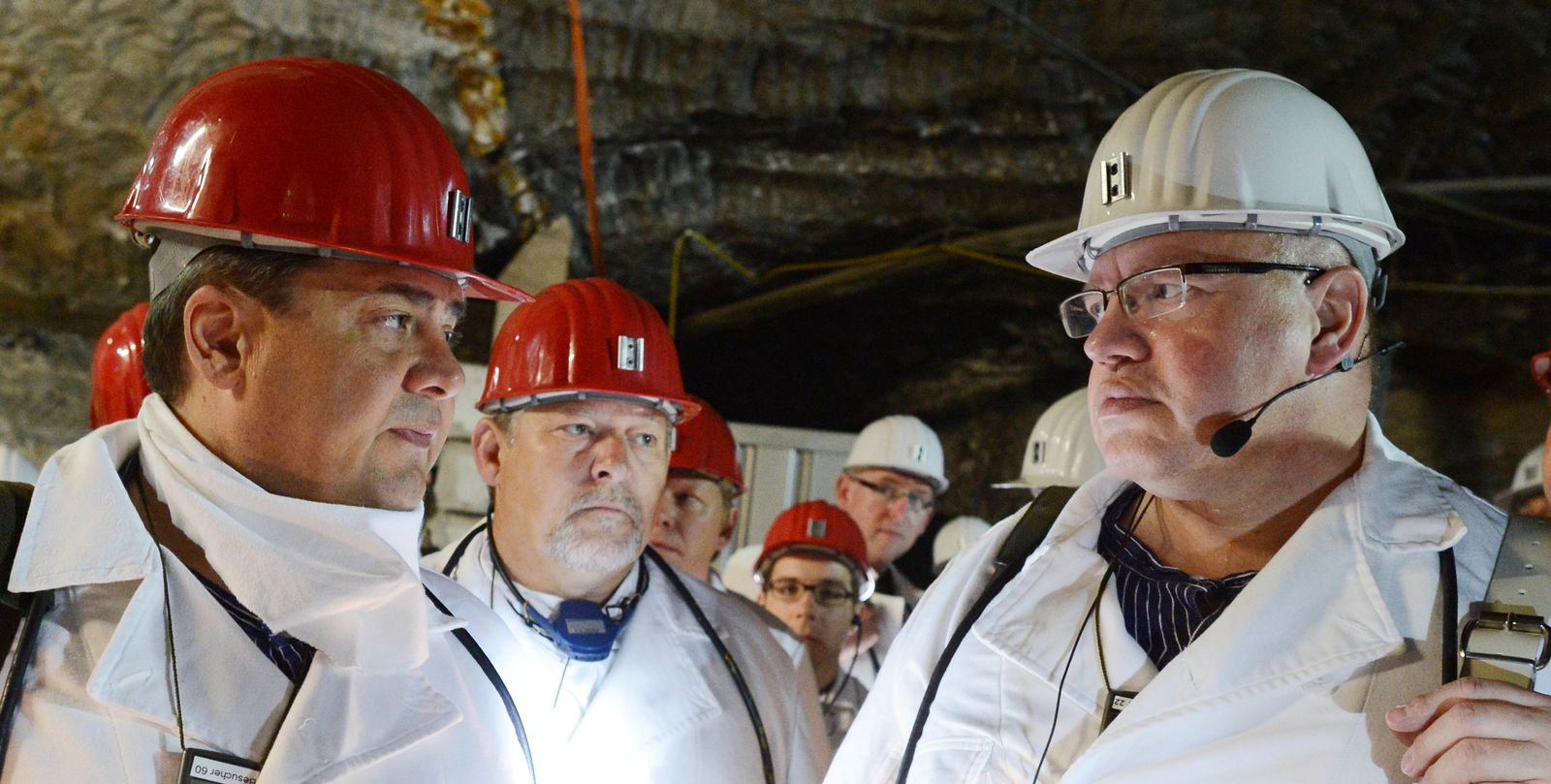