Total German exports in October rose to €99.1 billion ($136 billion), a new all-time high. The previous record of €98.7 billion was set back in March 2012, according to the Federal Statistical Office on Monday. The latest figure also represents an increase on the same month last year of 0.6 percent.

A repeat of the recent international criticism over Germany's massive trade surplus, however, is unlikely, as imports rose at an even greater rate than exports -- at a surprising 2.9 percent. Thus the trade balance, the difference between exports and imports, shrunk to €17.9 billion from the record high of €20.4 billion reached in September.

Analysts have welcomed the figures. "The start of the fourth quarter was a success," said Christian Schulz from the Berenberg Bank. Imports rose because German companies invested more and German households consumed more, he added. "This is good news for the euro zone," Schulz said, adding that Germany is the driving force of the single-currency area economy.

HSBC economist Stefan Schilbe also focused on how the latest figures will affect other countries. "Trading partners will profit from the pickup in Germany," he said. The numbers support the theory that Germany's growth will be less dependent on exports in the future, he added.

The growth in exports in October was mainly due to strong demand from European Union countries that don't belong to the euro zone, with exports to Poland increasing by around 6.2 percent, for example. By contrast, exports to the euro zone declined by 0.1 percent and those to countries outside Europe fell by 1.3 percent compared to the previous year.

Despite the new record, German exports have still shrunk since the beginning of the year compared to 2012. From January to October, they amounted to a total of €917 billion, a drop of 0.7 percent. The best that can be expected for 2013 as a whole, according to the Federation of German Wholesale, Foreign Trade and Services (BGA), is an increase of almost 1 percent. 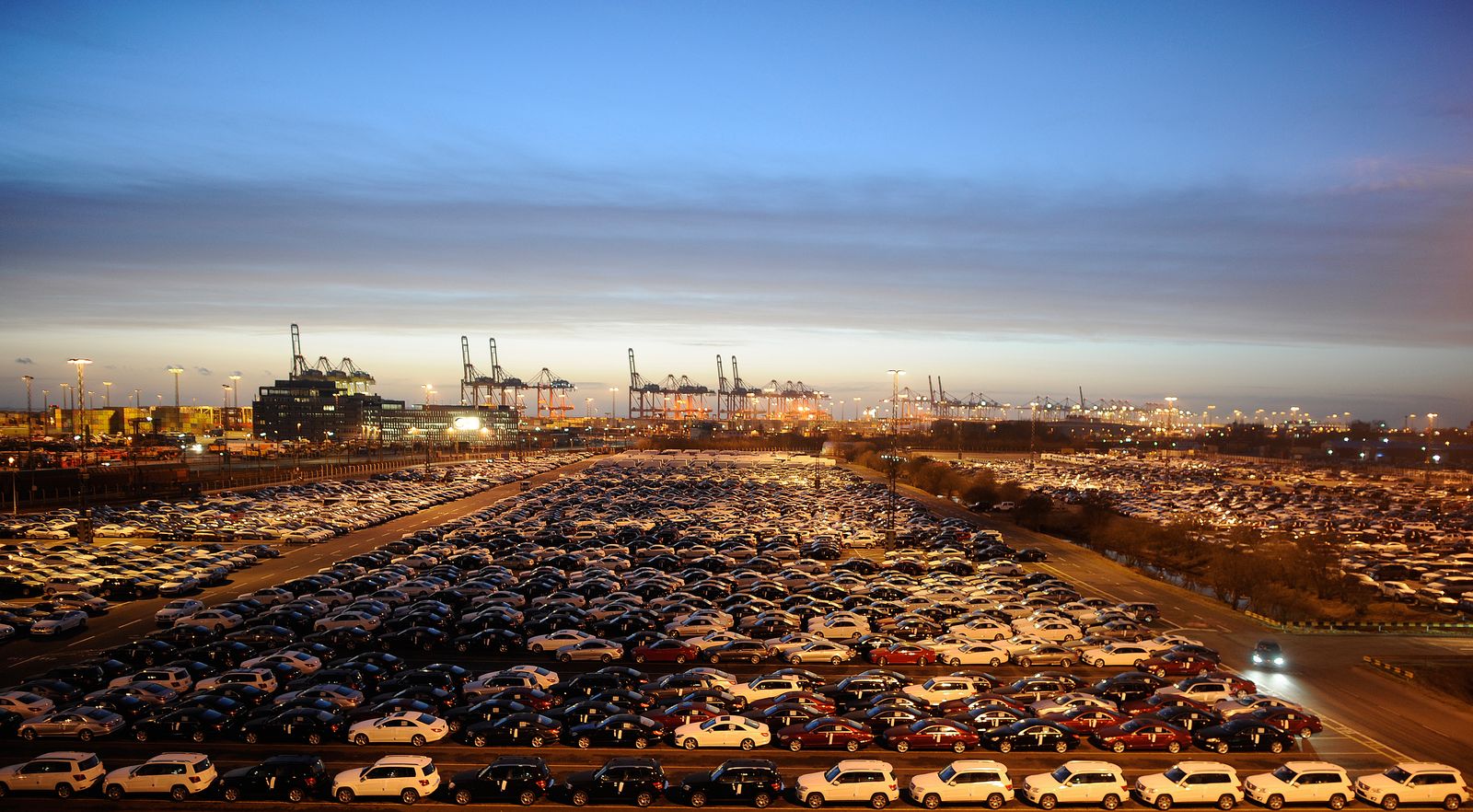 Cars waiting to be shipped abroad from the German port of Bremerhaven.