SPIEGEL ONLINE: Mr. Schäuble, the Austrian government recently announced plans to introduce upper limits to the number of refugees it will accept. Do you sympathize with their decision?

Schäuble: I had to gasp for breath a bit when I heard that we were not closely consulted on the decision. In recent months, the German chancellor has always made an effort to consult closely with Austria. But we know that the abilities of European Union member states are not infinite. As such, it makes little sense for us to criticize each other. All of us accepted Sweden's decision to introduce border controls too. And that is a country that was for decades the most open to immigration.

SPIEGEL ONLINE: Will Germany soon be completely alone with its refugee policies?

Schäuble: No. In the EU, we agree that the pressures causing migration must be reduced. If the Schengen system (of border-free travel) is destroyed, Europe will be seriously endangered -- politically and economically. That is why we Europeans have to invest billions in Turkey, Libya, Jordan and other countries in the region as quickly as possible -- everybody as much as they can.

SPIEGEL ONLINE: Your proposal for the introduction of a fuel tax to finance such aid was recently rebuffed. It wasn't even welcomed among your conservative allies in Germany.

Schäuble: At the moment, we are lucky to have a budgetary surplus and don't need such a tax. But Germany cannot handle this task on its own, that much is clear. That is why I suggested that countries with tighter finances think about such a tax. We don't have the time at the moment for months of discussion.

SPIEGEL ONLINE: But wouldn't it be easier to win support for a system with clear quotas for distributing the burden? Such a system already exists when it comes to financial aid for countries like Greece.

Schäuble: We are running out of time for such solutions. EU Council President Donald Tusk said we have until February. I had always hoped that the European Commission would come up with a plan before then. But I know that Commission President Jean-Claude Juncker is doing all he can.

SPIEGEL ONLINE: There was also a shortage of time when it came to bailing out the banks and some euro-zone member states. Nevertheless, provisional solutions were soon replaced by structures involving clear burden sharing. Shouldn't that be the case in the refugee crisis as well?

Schäuble: Yes, of course. But in contrast to the euro crisis, some of our EU partners this time think that the problem has no effect on them. I think they are wrong, but that is what they think.

SPIEGEL ONLINE: You just recently set aside the €12 billion budget surplus to take care of the costs associated with the refugee crisis. Where will all that money go?

Schäuble: About half of it has already been included in the 2016 budget -- to assist states and municipalities in providing shelter, for example. And it is clear to us that we will have to become more involved in our neighboring regions so that the migration pressures aren't so high there. Of course the budget negotiations will be difficult, as they always are. I think we will have to spend more on defense, for infrastructure, for extension of the broadband network and also for domestic security.

SPIEGEL ONLINE: Do you believe that the sex attacks committed in Cologne on New Year's Eve make it more urgent to invest in security?

Schäuble: It has been clear for some time now that we have to do more for domestic and external security. I am prepared for that. And I was prepared even prior to Cologne.

SPIEGEL ONLINE: You have twice managed to submit a balanced budget. When looking ahead to continuing that trend, what worries you more: The possible effects of a crisis in China on Germany or the end of extremely low interest rates, which currently allow Germany to save billions?

Schäuble: I would actually rather have slightly higher interest rates.

SPIEGEL ONLINE: But that would make it difficult for you to balance your budget.

Schäuble: Yes, but at their current levels, interest rates are not fulfilling their economic function. That leads to extreme fluctuations. At the moment we are facing a whole collection of difficult to forecast developments -- from the situation in China and the oil-price crash to the worrying news from some banks in Europe and the US. All of that is linked: Worldwide company debt is high and there is a lot of money in circulation. That is why necessary structural reforms are not being made. I don't know how many resolutions from the IMF or G-20 we have already written saying that such reforms are necessary for new growth.

SPIEGEL ONLINE: The current situation on the markets reminds legendary US investor George Soros of the last large financial crisis.

Schäuble: Soros has earned a lot of money throughout his career with such rumors.

SPIEGEL ONLINE: So you aren't worried about a new crisis?

Schäuble: I just said that we are facing a whole collection of crisis-like developments that we have to watch closely. But we also have to be careful what we point to as crisis indicators. In China, it was always said that a double-digit rate of growth would be dangerous. Now, the country has a growth rate of 6.9 percent and suddenly that is supposed to be a catastrophe for the global economy. The significant collapse of oil prices also shows that it was previously way too high. Financial policy has to be careful not to constantly be driving such exaggerations. Our balanced budget has an important psychological function. It is a signal that we can't continue to constantly take on debt. 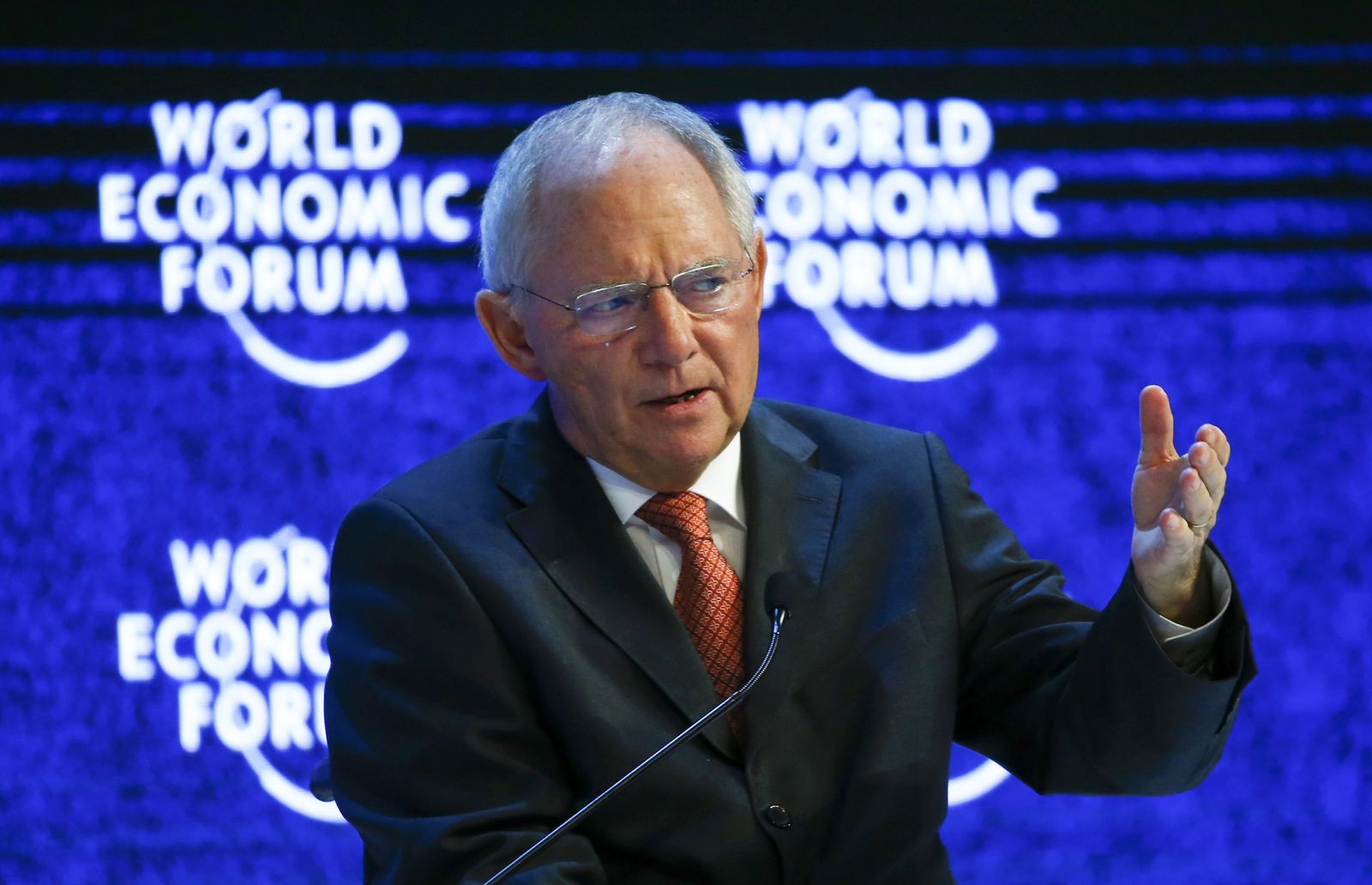 German Finance Minister Wolfgang Schäuble says that Europe needs to invest as much money as possible as quickly as it can in the Middle East and North Africa to slow migration.