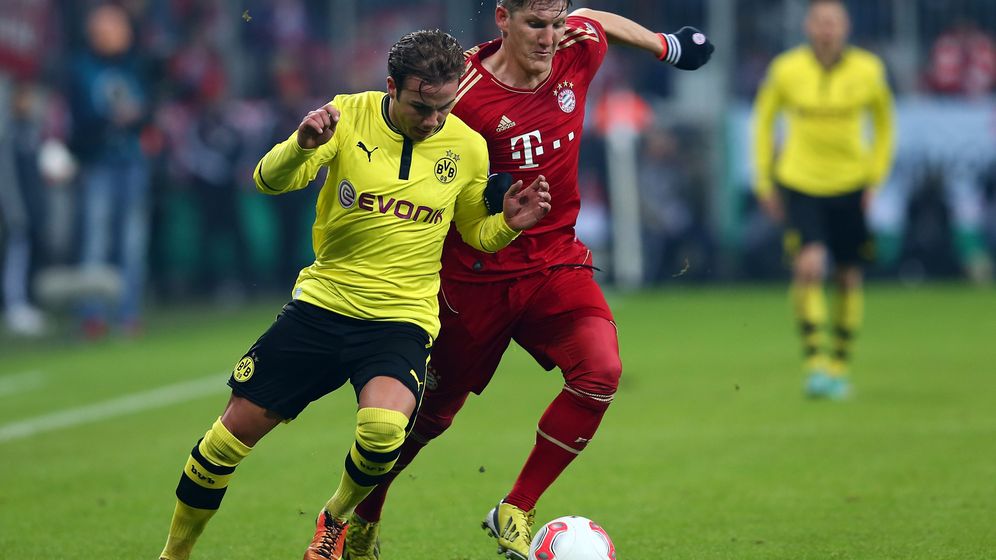 Mario Götze, a German football player who's so good that he's been dubbed the German Messi after Argentinian superstar Lionel Messi, stunned the German sports world on Tuesday with the announcement that he's moving to Bayern Munich from Borussia Dortmund next season.

The transfer is a huge coup for Bayern, Germany's most successful club, because Götze, 20, is regarded as one of the best young talents German football has produced in years. He also plays on the national team.

Dortmund, which like Bayern has made it to the semi-final stage of Europe's Champions League, said Götze would switch clubs on July 1.

According to the mass-circulation Bild newspaper, which broke the news on Tuesday, Bayern is paying €37 million ($48 million) for Götze and will offer him a pay rise to €7 million per year. Dortmund paid him €5 million.

If the figures are confirmed, that would make it the most expensive transfer ever made from one German club to another.

Manchester United and Manchester City were also reported to have been interested in Götze.

In January, a Spanish newspaper reported that Pep Guardiola, the former Barcelona coach who is due to become Bayern's coach next season, wanted Götze, whose midfield skills match the "tiki-taka" short-passing style that has made Barcelona so successful. The club has won the Champions League four times.

Bayern plays Barcelona on Tuesday night in the first leg of their Champions League semi-final.

Dortmund Fans May Be Miffed

"We are of course boundlessly disappointed but stress that both Mario and his advsior behaved totally in line with their contract," Dortmund Managing Director Hans-Joachim Watzke said.

Götze's contract with Dortmund ran until 2016, but he had a get-out clause allowing him to leave this summer.

Dortmund supporters, reputed to be among the most ardent, emotional fans in the Bundesliga soccer league, are likely to be incensed at Götze, a Dortmund boy since he moved to the western industrial city at the age of six, for abandoning their club and moving to archrival Bayern of all places.

Dortmund coach Jürgen Klopp urged them to keep calm and to "support Mario Götze in the last matches of the season, especially in the important Champions League semi-final against Real Madrid, as unconditionally as every other Dortmund player."

The transfer is likely to give Bayern a psychological boost ahead of Tuesday's match against Barcelona, which had been overshadowed by a tax evasion probe into Bayern President Uli Hoeness that has unleashed a storm of criticism of the German soccer icon.