In response to the NSA eavesdropping scandal, German government authorities are currently reviewing the security of mobile communications in Berlin. Only a few days after SPIEGEL reported on efforts to spy on Chancellor Angela Merkel's mobile phone, officials at the Federal Office for Information Security (BSI) released an advisory on how text messages, emails and conversations might be spied on.

BSI officials requested that the Chancellery and government ministries switch to newly developed crypto mobile phones that have only been approved for use by officials in Berlin since September. So far, no foreign intelligence agency has succeeded in breaking the encryption on the phones, the German Interior Ministry claims.

Although other departments have been slower to respond, the Economics Ministry has already taken the step. Two months ago, the office, headed by outgoing Economics Minister Philipp Rösler of the business-friendly Free Democratic Party (FDP), began using 15 of the new BlackBerry Z10 smart phones for test purposes. The phones have been modified so that they house two strictly separated units. One can be used for private communication and the other encrypts both voice calls and emails. Ministry officials have since decided to purchase 110 of the devices.

BSI is also working to authorize a special tablet computer that makes it possible to encrypt both emails and Internet surfing. "A growing number of government officials are turning up at meetings with their classified documents on tablets rather than in binders," said BSI spokesman Matthias Gärtner.

Still, the chancellor doesn't appear to be overly bothered by the advice she's getting from government information security experts. Angela Merkel continues to make calls with the very same mobile phone that the NSA spied on. 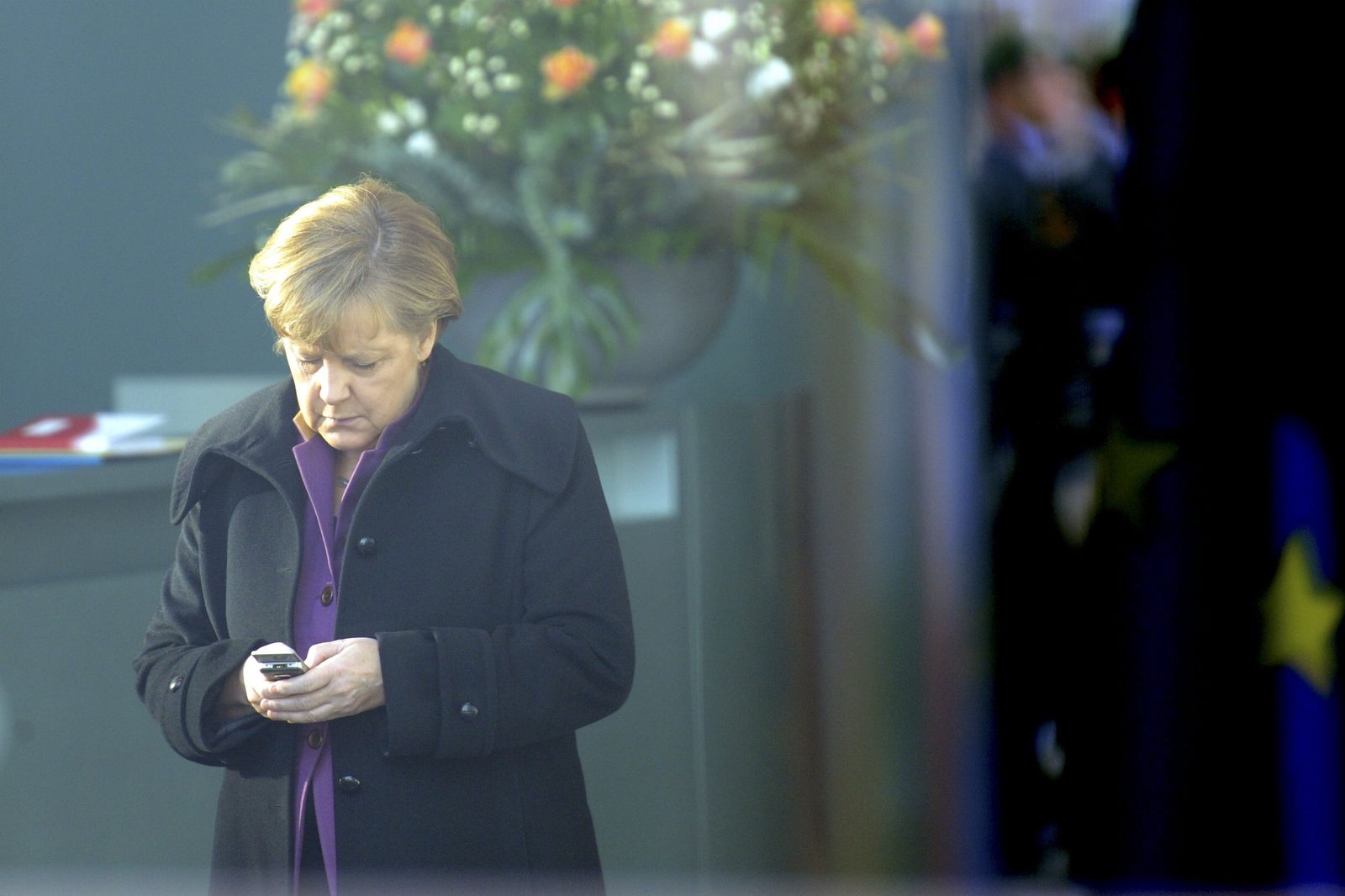 German Chancellor Angela Merkel still uses the mobile phone that was the target of NSA spying.