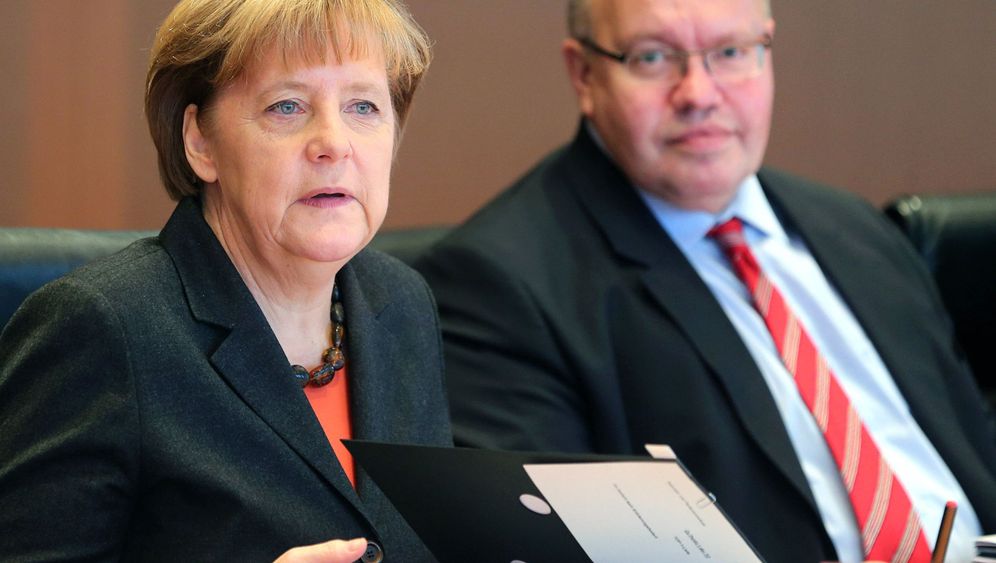 Chancellor Angela Merkel's intelligence coordinator, Klaus-Dieter Fritsche, was visibly troubled as he arrived in room 2400 of Germany's parliament building. It's the last straw, Fritsche told the gathered lawmakers with a steely voice and dark expression. Because of the ongoing betrayal of official secrets, Fritsche said, the German government will be filing a criminal complaint. The situation in which classified information has repeatedly found its way into the public domain cannot be allowed to continue, he added.

The parliamentarians, members of a confidential panel which supervises the financing of Germany's intelligence agencies, reacted with concern. Several weeks previous, Merkel's chief of staff, Peter Altmaier, had uttered a similar threat to Germany's parliament, the Bundestag, after internal papers from the NSA investigative committee found their way into the media. "Should it happen again," Merkel's top aide said, the government would resort to recourse in criminal law. The NSA committee is currently investigating US spying activities on German soil.

Now, the two men from the Chancellery are demonstrating their resolve. In early December, a written criminal complaint against unknown persons is to be sent to public prosecutors in Berlin. Criminal investigators will then seek to determine how classified government information managed to find its way into the public sphere.

The complaint will be broad, aimed at all informants, whether they are lawmakers or agency officials. But parliamentarians -- particularly those members of the confidential intelligence financing panel, those on the NSA investigative committee and those on the Parliamentary Control Panel, which monitors German intelligence activities -- will likely assume they will be the first to come under suspicion. The move is an attempt by the government to intimidate those who might be supplying secrets to the media, and although it may be commonplace in the United States, it is the kind of step that Germany hasn't seen in years.

Furthermore, the chancellor and her ministers have shown that they are not content to just rely on the judiciary. When it comes to the work of confidential government bodies, Chancellor Angela Merkel's government has often made it difficult for the parliament to exercise its monitoring duties. Key investigative committee witnesses are often only allowed to give testimony in secret and files have been liberally redacted out of concern that their contents might end up in the newspapers.

Concern in Berlin has been rising as a result of several different disclosures, ranging from German intelligence agencies' cooperation with the NSA to planned deliveries of battle tanks to Saudi Arabia. The government has the impression that the number of secret documents that have been leaked to the media has significantly increased as has the number of media outlets on the prowl for such leaks.

The tension between the executive branch, the legislative branch and the press, often seen as the fourth branch of government, touches on the core of domestic security work. And the aggressive pursuit of leaks has become something of a trend internationally. Germany could now be facing a broader debate about the services rendered by so-called "whistleblowers," similar to the one triggered by Edward Snowden in the US following revelations of mass digital surveillance perpetrated by the NSA.

On the one hand, the government has a justifiable interest in keeping some information away from the public eye, for reasons of domestic security. On the other, though, the need for transparency and control via parliament and the press is greater than it has ever been. In response, the German government has vigorously sought to move entire policy areas behind closed doors.

That has inhibited openness and has weakened voters' faith in an executive that would seem to be unilaterally expanding secrecy -- and to be arbitrarily deciding how to deal with informants. Indeed, some informants, such as those in possession of illegally compiled CDs with information on presumed tax evaders parking their money in Switzerland or other tax havens, are paid handsomely for their efforts. Furthermore, government personnel are happy to leak explosive secrets as long as it serve's Berlin's interests. However, those who publicize information pertaining to domestic security, can expect legal consequences.

The catalyst for the criminal complaint now being filed is recent reports in SPIEGEL and in the influential daily Süddeutsche Zeitung. On Oct. 20, SPIEGEL reported that Germany's foreign intelligence agency, the Bundesnachrichtendienst (BND), believed that pro-Russian separatists in eastern Ukraine were responsible for shooting down flight MH17. The report cited a secret session of the Parliamentary Control Panel during which BND head Gerhard Schindler presented satellite images and other photos as evidence for the agency's view.

It was information that the German government wanted to remain confidential, as was material pertaining to problems encountered by the country's domestic intelligence agency with recruiting informants, which SPIEGEL likewise reported on in October. Both reports could become elements in the government's forthcoming criminal complaint. The Süddeutsche Zeitung, for its part, ruffled government feathers by publishing information about the BND's technical capabilities.

Once the complaint is filed, public prosecutors will be faced with the delicate challenge of identifying potential informants from among elected officials and others who work in intelligence.

The investigators, of course, won't be the only ones on the lookout for moles in Berlin. The Defense Ministry and the Foreign Ministry have already launched efforts to identify the sources of sensitive leaks. The two ministries are concerned about several internal NATO documents that found their way into the German press in recent months. Several allied countries have complained to Berlin, warning that cooperation could be negatively impacted should the reports not cease. An internal NATO investigation was also opened.

Patience apparently was exhausted following a secret NATO resolution regarding the intensification of air patrols over the Baltics in response to the crisis in Ukraine. A SPIEGEL reporter wrote about the resolution in a tweet. In response, the Foreign Ministry warned the Defense Ministry of "enduring doubts" harbored by NATO and EU partners when it comes to Germany's "reliability in the handling of sensitive processes in the field of security policy." Such doubts must be avoided, the document noted.

The Foreign Ministry spent weeks searching for the possible leak, with personnel having to provide official declarations that they had not shared documents from their areas of responsibility. At the same time, the number of ministry personnel receiving certain documents was reduced and some papers were assigned a higher degree of classification. Sources say the move was intended to discourage employees from disseminating sensitive information.

Some officials in the Defense Ministry were also made to sign declarations. And following prolonged negative press focused on the problems plaguing the "Euro Hawk" drone program, the successor drone project was classified as secret.

Such measures don't only make it more difficult for Germany's parliament to keep an eye on the goings on in the ministry, in the past they also hampered the work of KPMG, the consultancy group hired to optimize the management of defense projects. For months, KPMG analysts were forced to travel frequently to Koblenz in order to review classified papers on file there. It was only much later, after complaints about the volume of travel began to mount, that the ministry made it easier for the consultants to review the documents.

But the government's broadening demands for secrecy have become most evident when it comes to the NSA parliamentary investigation. Important witness testimony, for example, has not been cleared for the public, limiting what journalists may write. In one of the most recent committee sessions, the testimony of one witness, a BND agent, was even classified as top secret. As a result, parliamentarians on the committee had to turn in their notes following the session and the final report may not cite the agent's testimony. In other instances, government representatives present at the hearings stopped testimony that they believed was too sensitive.

Preparation has also been made difficult for lawmakers on the NSA committee. It has become clear that BND witnesses have been able to study files that were either not made available to committee members or were only made available shortly before the session in which they were discussed. Furthermore, many of those documents that are made available have been redacted to the point that they can no longer be understood. Even the itinerary put together for the wife of an NSA director during his visit to Berlin was heavily redacted.

Finally, the government has also prevented important issues from even being examined in the first place because they allegedly had nothing to do with the investigative committee's work. Opposition lawmakers on the committee have even filed a complaint with Germany's high court due to concerns that they are unable to fulfill their control function in the absence of testimony from Edward Snowden -- testimony that has thus far been prevented.

Even parliamentarians on the investigative committee belonging to parties in Merkel's governing coalition (made up of her conservatives paired with center-left Social Democrats) have come to believe that the secrecy is excessive. The government, for example, considered pressing charges for the betrayal of state secrets against Christian Flisek, the senior Social Democrat on the committee. The government is of the opinion that he went too far during a media interview.

There has always, of course, been a tension between journalistic freedoms and the state's need for confidentiality. Governments, such as that of Angela Merkel's, are fond of pointing out "core areas of executive responsibility" that need to remain classified. As a practical matter, however, it is the executive itself which decides how broad such areas are.

And that is the fundamental problem. Few would dispute the need for some state activities to remain secret in a parliamentary democracy. It remains justified, however, to ask how big such areas should or must be. In the past, "national security" has all too often been used as an excuse to cover up mishaps and legal violations perpetrated by government officials.

It is clear that media disclosures often serve to undermine the public's faith in state institutions. And that viewpoint has become widespread in the higher echelons of Germany's security apparatus. They are, however, the same agencies that were unaware of the secret American surveillance performed on Angela Merkel's mobile phone. Until SPIEGEL reported on it.

Klaus Dieter-Fritsche is intelligence coordinator in Merkel's Chancellery. He is the one that recently informed lawmakers that a complaint was to be filed with public prosecutors. 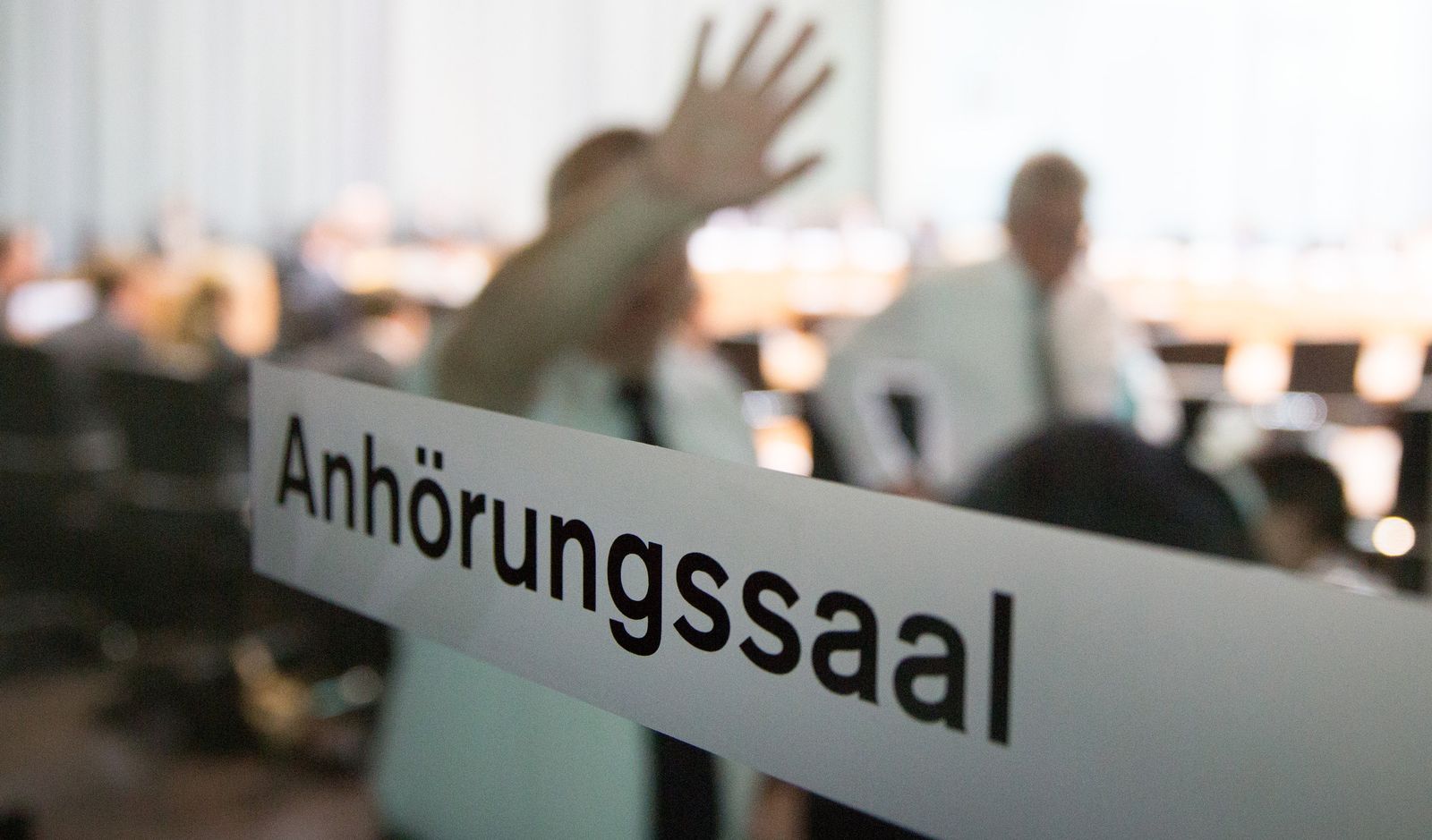 Concern in Berlin was heightened by stories reported in SPIEGEL and in the Süddeutsche Zeitung. In October, SPIEGEL reported that German intelligence officials believed that pro-Russian separatists in eastern Ukraine had been responsible for the shooting down of MH17.