As German President Horst Köhler announced his resignation on TV, he appeared to be close to tears. Could the moment have been any stranger? What a surreal minute in German history. It was as if time in politics stood still for a moment. The entire country held its breath.

The moment of shock must now be followed by sober analysis. It exposes a harsh but simple truth: Horst Köhler and the office of president didn't fit together. They weren't made for each other. He had also noticed that -- long before Monday. It made him an unhappy president, and it's why the criticism over his comments on Afghanistan a week ago led him to step down. He must have been deeply hurt that no one from the governing parties came to his aid, to support him or defend him in the controversy. Not even Chancellor Angela Merkel.

The man and the office just didn't fit. The form his resignation took -- this feeling of being offended, this mix of self-pity and anger towards others, confirms this. A German federal president doesn't resign because -- within the scope of a normal process of democratic debate -- he is criticized. That's an overreaction that doesn't befit the office.

Köhler Never Grew into the Office

Horst Köhler has many impressive achievements under his belt. He worked as a state secretary in the German Finance Ministry, and as head of the International Monetary Fund he sought to alleviate Africa's suffering. Helping Africa was also one of his most important missions when he was German head of state. He also cut a good figure abroad, representing his country with grace and dignity. That deserves respect and recognition.

But it's also true that Köhler never grew into the office. He was no Richard von Weiszacker or Roman Herzog, two former presidents held in high esteem. They both had their teething troubles after taking office -- but they eventually settled into Bellevue Palace, the historic presidential residence in Berlin. In a country where the potential for presidential power is limited, they still managed to give the nation something that is very, very important in a democracy: They provided a compass.

Köhler didn't achieve this. His attempts to guide the country fizzled. His desire to present himself as a semi neoliberal, reformist leader came to nothing. The poor showing of the conservative Christian Democrat Union (CDU), its Bavarian sister party, the Christian Social Union (CSU), together with the Free Democratic Party (FDP) in the 2005 general election forced him to recognize that many Germans didn't want these policies. His mission had failed even before it got out of the starting gate. Merkel abandoned reforms and Horst Köhler, her president, did too.

What remained was a void.

A President Who Couldn't Find the Right Tone

A German president's most important weapons are words. But Köhler didn't find the right ones. He remained silent when a clear word from him could have helped. This was true during the financial crisis and also at the beginning of Merkel's second term in late 2009 and early 2010, when her new center-right coalition of conservatives and FDP was too busy bickering to govern. And when he did speak, he often overdid it. His criticism was excessive and he just couldn't find the right tone. His most recent comments on Afghanistan demonstrated this once again. Köhler seemed clumsy with words.

A president builds bridges, but Köhler didn't do that either. He presented himself as "the citizens' president," complained about politicians and only helped increase the divide between the voters and their elected representatives. He recognized that this helped make him more popular, as criticism of "those up there in Berlin" always goes down well with the masses. It was an easy way to score points.

But was it not actually his duty to strengthen the electorate's faith in democratic institutions?

What now? Germany will survive this political shock. The gap that Köhler left will be filled. There are clever candidates in most of the parties who would be suitable for this highest office. Merkel, FDP chief and Foreign Minister Guido Westerwelle and the opposition leaders could quickly agree on someone to replace Köhler. A clear, cross-party decision, without party political maneuvers would be the wisest move. In this way they could maintain the dignity of the office and secure the citizens' trust in the dependability of democracy. But will they do this? One can only hope so. 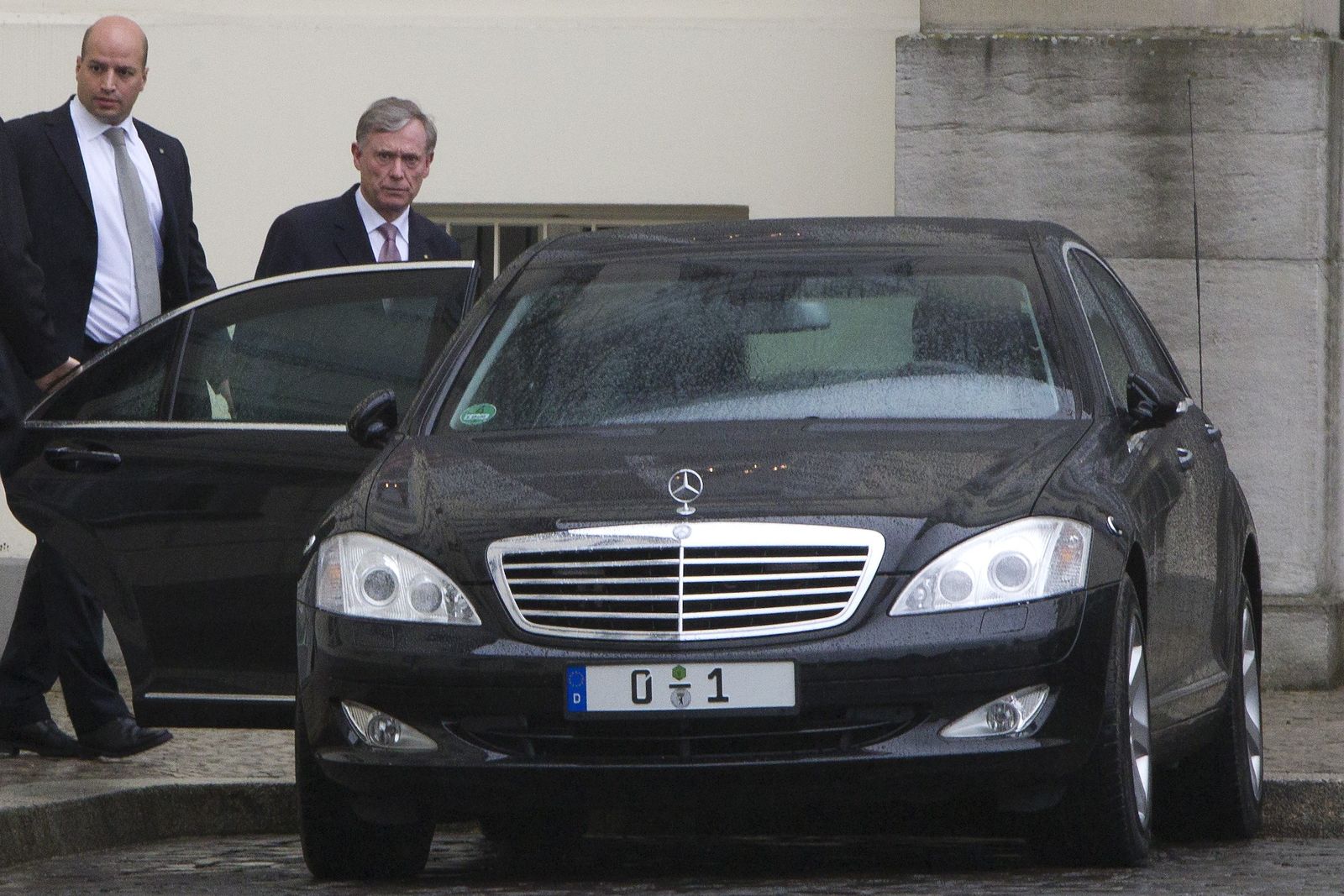 German President Horst Koehler, right, enters his car to leave the president's residence: His attempts to guide the country fizzled.