DER SPIEGEL: Mr. Lauterbach, the United States is currently one of the countries most severely affected by the coronavirus pandemic, with close to 200,000 officially reported dead and more than 6.5 million infected. Germany has escaped relatively unscathed so far. Would there have been fewer deaths in the U.S. if Donald Trump had behaved more like Angela Merkel?

Lauterbach: Absolutely. Merkel and the entire German government took a fundamentally different approach right from the start: They directly involved scientists in the decision-making process to an extent I have never experienced before. That played a key role in the speed with which we were able to fight the virus.

DER SPIEGEL: You now sound very enthusiastic about Germany’s strategy in dealing with the coronavirus. But those following your Twitter account are likely to get the impression that you aren't particularly happy with current pandemic management. You are calling for testing and quarantine measures to be adjusted, for example. Do you want to close shops and schools again?

Lauterbach: That won’t be necessary. Once again, we have the sorrowful advantage that the second wave is first hitting countries surrounding us. In France, Spain and Britain, we will see more people in intensive care and more deaths in the coming weeks. New infections in Europe could exceed the number of cases in the U.S. this autumn. This will have the psychological effect that discipline, which is currently somewhat lacking, will also return in our country.

DER SPIEGEL: Does this discipline really come from the population itself, or does it require stronger measures from politicians?

Lauterbach: It will come from the people. The numbers will also rise significantly again in Germany. It will be reminiscent of the spring. Everyone will automatically become more careful again.

DER SPIEGEL: The fact that a young woman went on a bar crawl in Garmisch-Partenkirchen last week despite the fact that she was supposed to be under quarantine and was awaiting the results of a coronavirus test doesn’t exactly testify to such discipline. Isn’t it a bit naive to believe in the individual responsibility of the populace?

Lauterbach: The population will adjust their behavior as soon as the need arises. But we also need to tighten up the measures on the political side, of course. Politicians will need to tighten the reins again.

Karl Lauterbach, born in 1963, is a health expert with Germany's Social Democratic Party and has been a member of German parliament since 2005. Lauterbach is a medical doctor, having studied medicine in Aachen, Texas and Düsseldorf. He also studied epidemiology and health economics at Harvard University. From 1998 to 2005, he was director of Cologne University's Institute of Health Economics and Clinical Epidemiology.

DER SPIEGEL: You make it sound like it’s not a big problem, but another shutdown would have severe consequences for the economy and for society. How do politicians intend to compensate for the damage that occurs when, for example, people stop going to restaurants?

Lauterbach: There are studies that show that there is an increased risk of transmission in restaurants. As politicians, we can’t simply say, "Go to a restaurant,” even though many of us would never consider going to a full restaurant right now. If the number of cases increases and people start staying at home again, we will start working on aid packages for the restaurants again.

DER SPIEGEL: But even with aid programs, it’s impossible to prevent smaller companies or freelancers from running into financial difficulties. The measures also have psychological and social consequences. How do we justify them?

DER SPIEGEL: There are also scientists who argue that the measures should not be tightened again. Virologist Hendrik Streeck, for example, is arguing for a shift in strategy. He has said that we shouldn't focus on "the pure infection figures alone" when analyzing the situation. You countered him on Twitter, writing: "If we wait for the death toll to rise again, then we’ll be trailing the pandemic.” What’s the alternative?

Lauterbach: To continue paying attention to the increasing number of cases and take appropriate measures before it’s too late. Of course, there are also currently a lot of people with mild cases. But in France and Spain, we have seen that it hit younger people first, but the virus then spread to older people. This will also be the case in Germany. It will take another four weeks before more elderly people contract the disease, and then we will again be faced with more severe cases. And then it will take another four weeks until the first people who fell ill in that group die. I expect we will see an increase in deaths in six to eight weeks.

DER SPIEGEL: Trump is no doubt also familiar with such epidemiological assessments. And yet he still held an election campaign event in an arena filled with thousands of spectators last weekend. Why does he continue to pretend that this isn’t a highly contagious virus?

Lauterbach: The event was a reflection of Trump's corona policy: He’s apparently willing to accept the death of some of his supporters if that promises him success. His re-election is more important to him than the fate of the American people. In my opinion, he is unscrupulous.

DER SPIEGEL: Just how unscrupulous he can be became clear in an interview with the journalist Bob Woodward, during which Trump himself admitted that he has played down the danger posed by the virus – to prevent panic, he claims.

Lauterbach: But there is a difference between informing and spreading panic. Trump deliberately misinformed the public and deliberately exposed the citizenry to risk. In doing so, he took advantage of his authority as the U.S. president. By virtue of his office, he is considered the best-informed person in the country. He has access to exclusive information from top universities and intelligence services. So, when Trump declares a virus to be harmless, people believe him more than they do, for example, the media.

DER SPIEGEL: Did Trump deliberately misinterpret or simply ignore all the advice from experts?

Lauterbach: What I am hearing from colleagues and friends at Harvard University and other research institutions is that scientists have never been less involved in the political process than in the past four years. Normally, top universities in particular have quite a bit of political influence. Republican presidents traditionally turn to Stanford and MIT, while Democratic presidents look to Harvard. Trump doesn’t turn to any of them. The expertise of the world's best scientists in virology and epidemiology simply isn't being tapped.

Lauterbach: ... who Trump treats like he’s his court jester. It is not known that Trump – like Angela Merkel, for example – is in close contact with experts.

DER SPIEGEL: Will there be a third wave after the second?

Lauterbach: It is not possible to say at the moment. I think rapid antigen tests will play a big role in 2021 – they will be of huge importance in helping to fight the pandemic. Then there will be vaccines that will help us. We will get some relief again in the spring because the situation will calm down. I’m optimistic that the situation will improve significantly overall in the coming year. But the virus won’t disappear yet. 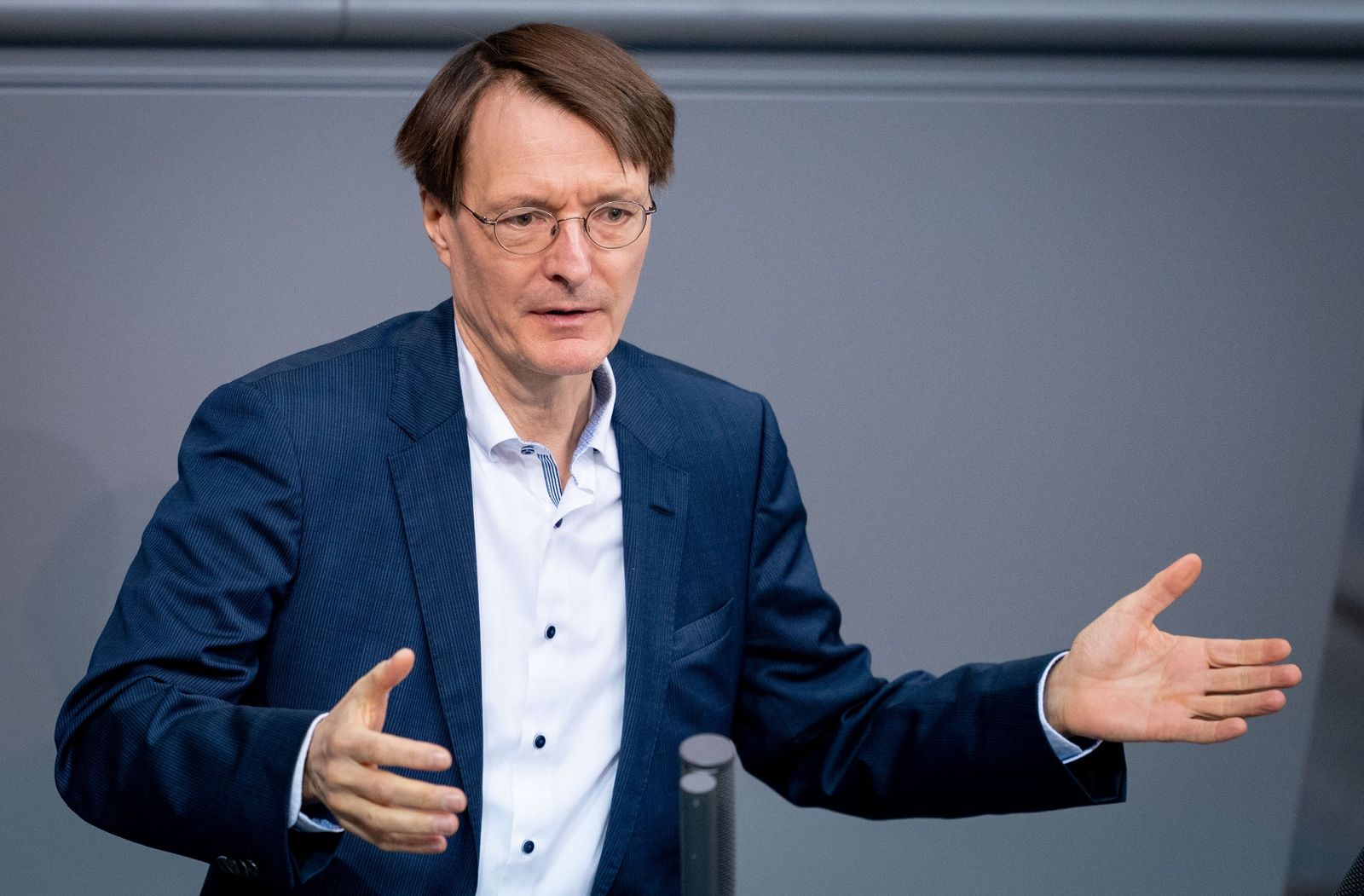 Karl Lauterbach during a session of German parliament in January 2020