German election law is complicated. Every voter gets two votes, and the number of representatives in national parliament is not fixed. Instead, it grows and shrinks each term depending on how those two votes are cast, and Germany uses a mixture of proportional representation and US-style winner-takes-all approach.

With just over one year to go before Germans are scheduled to go to the polls in a general election, the ruling puts the pressure on Chancellor Angela Merkel to find a solution. It also means that Merkel's government, despite signs that her party is no longer willing to blindly follow her lead when it comes to efforts to save the euro, is not likely to fall prior to those elections in 2013. Without a valid voting law, the German president would surely refuse to dissolve the government no matter how many conservative rebels there are.

But the ruling is still a reprimand to Merkel's government. After all, it isn't the first time the court has demanded improvements be made to the country's voting law. A similar verdict was issued in 2008, with justices demanding that improvements be made within three years.

Wednesday's ruling concerned the modified voting law that Merkel's government finally managed to assemble and submit to the court just a few months ago. The president of the Constitutional Court, Andreas Vosskuhle, called the newly minted electoral blueprint "discouraging," making it clear that he was not impressed.

At its heart, the court is concerned about the winner-takes-all mandates. They are added on to the number of seats a party wins using standard proportional representations and can lead to a situation in which the party that gets the most votes actually receives fewer seats in parliament than the second-place party. It is that situation that Merkel's government was responsible for fixing.

The fact that she hasn't has led the opposition in Berlin to see Wednesday's verdict as a clear rebuke of Merkel's government. "It is a good day for our democracy," said leading Social Democrat parliamentarian Thomas Oppermann. "The coalition has received its comeuppance for misusing voting laws to secure their power."

German commentators have likewise been scathing in their critiques of Merkel's handling of electoral law reform.

"From a legal perspective, the verdict handed down on Wednesday by Germany's Constitutional Court is extraordinarily complicated. The political effect, however, is quite simple. The chances that Merkel's coalition, despite all of the bickering and problems, will stay together until the end of the term have risen exponentially. Wednesday's ruling makes it virtually impossible to dissolve parliament and call new elections. Germany does not have a valid voting law."

"Given the fact that Merkel's coalition has repeatedly shown its propensity for rebellion when it comes to decisions relating to the euro, the link between a murky legal situation and a shaky governing coalition has never been clearer. Should the euro crisis worsen and the rebellion among Merkel's coalition grow, the chancellor does not now have the option of calling a vote of confidence, because new elections are not an option."

"The governing coalition was negligent in its response to the 2008 Constitutional Court verdict which found (problems with German voting law) and demanded more equality. First they let lots of time pass and missed the three-year deadline set by the court. Then they acted like a lazy cook after a restaurant guest sends back a poorly prepared schnitzel: They presented the old voting law with a couple of new side-dishes. Yet the fundamental problem, the winner-take-all mandates, have the potential to skew election results."

"The court resisted the temptation of presenting a court-approved temporary solution…. Rewriting voting laws remains the provenance of Germany's political parties, but their timeframe is extraordinarily limited…. The government and the opposition must quickly reach an understanding. There must be clarity by the time parties begin naming their candidates next spring, otherwise the election could be challenged in court later. The new law must be aimed at protecting the rights of the voters rather than providing an advantage to one party over another. At the end of the day, parties derive their legitimacy from elections. And they will need as much legitimacy as possible when it comes to far-reaching decisions on the euro."

"It is still possible that parliament will finally pass a new voting law in the next few months that will meet with the approval of the constitutional court and will allow elections to take place as planned next autumn. Until then, however, should Merkel's coalition collapse, new elections will be impossible. As of Wednesday, Germany does not have valid laws governing election procedure. As such, Germany has become a nation of jokers among democracies."

"After having observed the refusal of Merkel's conservatives and her junior coalition partners from the FDP over the last four years to fulfill the Constitutional Court's demand that they create a new and fair voting law, it is no longer possible to speak of a blunder. To quote Cicero: "To err is human, but to preserve error is only the act of a fool."

"With its verdict, the court has made it clear that voting laws are there first and foremost to serve the people. Only secondarily are election laws there for their representatives in parliament. Yet one gets the impression that many parliamentarians simply refuse to accept that fact. Germany's Constitutional Court has demanded voting law reform four times already, most recently four years ago. Parliamentarians debated for three years, apparently without the benefit of advisors -- and then failed to live up to the constitution yet again."

"Yet voting laws represent the foundation of parliamentary legitimacy. But our representatives are apparently not fluent in constitution-ese. The 2009 general election already took place under the realization that they didn't live up to the strict demands of the Constitutional Court…. But whereas Lady Justice looked the other way so that the election could take place at all, this collection of Constitutional Court justices is unwilling to grant yet another reprieve. By the time voters head to the polls next fall for the 2013 general election, a new voting law must be in place." 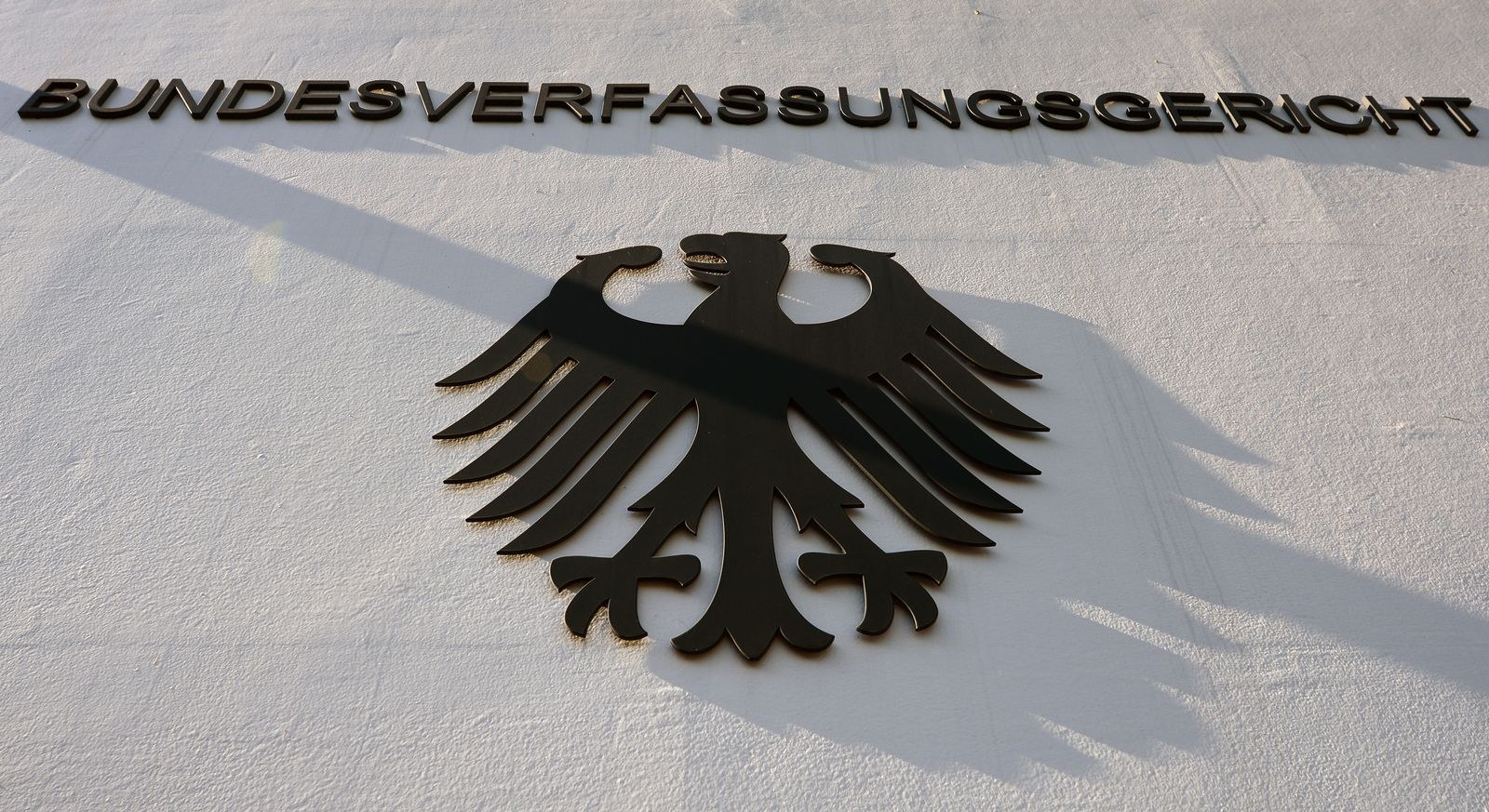