The chapter is only a few pages long, but it addresses a potentially explosive suspicion: Did Germany's foreign intelligence agency, the BND, spy on its most important partner, the United States, in the past?

For Chancellor Angela Merkel's government, the answer is clear. The BND has never spied on the United States, members of both the conservative Christian Democrats (CDU) and their government coalition partner, the center-left Social Democrats, are fond of saying, quoting former BND President Gerhard Schindler. And if it was true, then it was only a "coincidental capture" of data, that has since been deleted.

After three years of work, the German parliament committee of inquiry investigating NSA spying on Germany will release its final report next week. It will also contain a chapter drafted by the coalition on "findings about EU and NATO partners." The committee, the draft version of the report states, had no doubts about the statements made about the U.S.

Documents that SPIEGEL has been able to review show that the BND, until a few years ago, actually had considerable interest in the United States as a target of espionage. The document states that just under 4,000 search terms, or selectors, were directed against American targets between 1998 and 2006. It is unknown whether they continued to be used after those dates.

The German intelligence agency used the selectors to surveil telephone and fax numbers as well as email accounts belonging to American companies like Lockheed Martin, the space agency NASA, the organization Human Rights Watch, universities in several U.S. states and military facilities like the U.S. Air Force, the Marine Corps and the Defense Intelligence Agency, the secret service agency belonging to the American armed forces. Connection data from far over 100 foreign embassies in Washington, from institutions like the International Monetary Fund (IMF) and the Washington office of the Arab League were also accessed by the BND's spies.

The entries also prove the existence of a top-secret anti-terror alliance between Western intelligence services, including those of Germany, the United States and France. SPIEGEL already reported back in 2005 on the elite unit, which is named Camolin. The papers now show several BND selectors were "Camolin-related."

It's Unlikely Spying Was Unintentional

Also on the selector list were lines at the U.S. Treasury Department, the State Department and the White House. Were they really all just "coincidental capture" as the former BND head claimed? Was it just an oversight?

Germany's foreign intelligence agency does not comment publicly on its operations. The BND's current president, Bruno Kahl, who has been in office for just under a year, is only willing to point to the future. "The question of who the BND is permitted to surveil, and who it cannot, will not only be the subject of a stricter approval process in the future, but also more ambitious controls."

It also remains unclear just how extensive was the U.S. data captured by the BND -- or what it contained. But it does help to explain why the German government remained so reserved initially when revelations about the NSA's spying first emerged. People either knew or likely suspected that their own service had been just as unscrupulous in monitoring its closest partners. In light of the documents, the efforts by the chancellor's office to come to a so-called no-spying agreement with the Americans now appear to have been a farce. The truth is that the Germans were snooping far more extensively than they ever wanted to admit.

Originally, the parliamentary inquiry committee had been tasked with investigating cooperation between Germany's BND and the NSA. The investigation was launched in response to the revelations about the NSA spying on Germany that were exposed by whistleblower Edward Snowden. But in October 2015, it emerged that the BND, even absent a request to do so from the U.S., had conducted extensive spying on its partners in the European Union and NATO. As the papers relating to the selectors show, nearly every foreign embassy in Berlin had been monitored. When the news emerged that the NSA had surveilled her own mobile phone, Angela Merkel said, "spying among friends, that simply isn't done." Looking back from today's perspective, it's clearly a hollow statement.

Spying on the British Library

But how forthcoming was the intelligence service with the members of parliament sitting on the inquiry committee? And what did their work achieve? Ultimately, the parties on the panel proved unable to agree. The closing report includes two different assessments -- one from the coalition parties in government, and another from the opposition.

For their part, the Christian Democrats and the SPD claim that the new BND law passed recently "takes the correct and necessary action from the substantiated evidence, even before the end of the investigation." But opposition parties claim that the new rules are insufficient and even go in the wrong direction.

And so it is that, after 134 meetings of the investigative committee, decisive questions remain unanswered. Questions such as why the BND, which is actually supposed to be hunting terrorists, weapons dealers and money-launderers, is so interested in academic institutions like the British Library. One of its lending sites had been on the list of surveillance targets since the early 2000s. 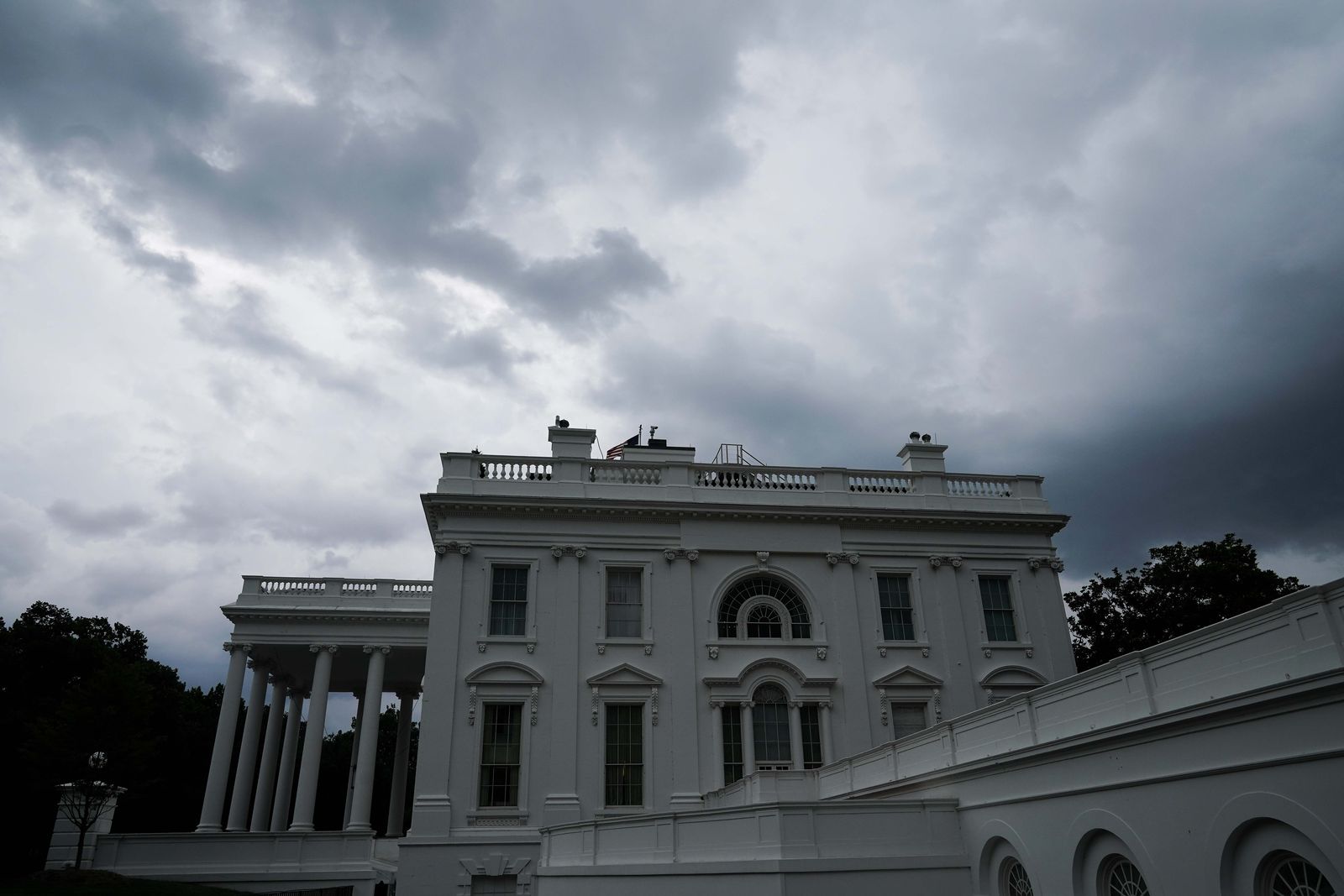 The White House in Washington