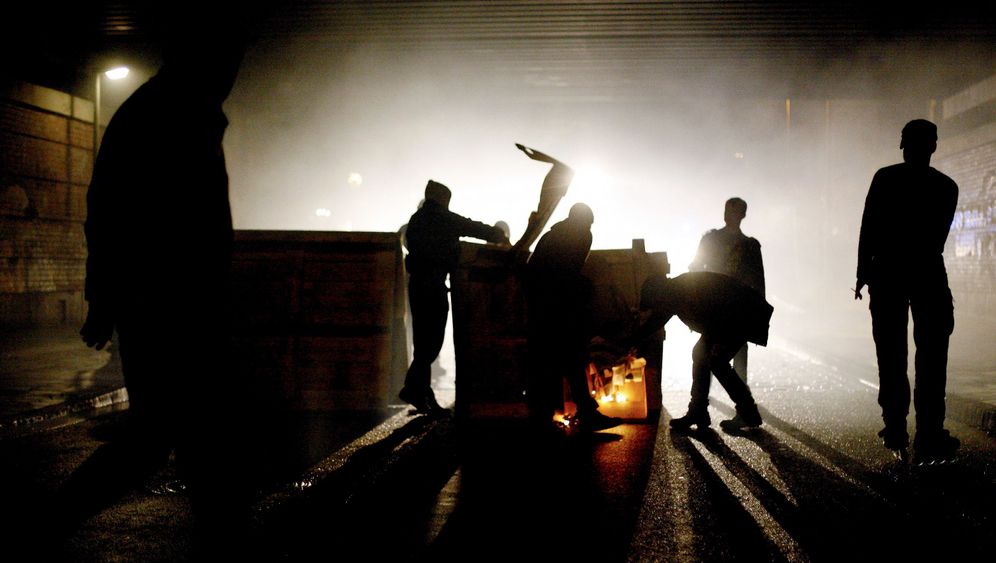 Germany's domestic intelligence agency has warned that a militant left-wing movement is on the rise in the country. An arson attack on cables that caused severe disruption to the Berlin rail network last month has thrown a spotlight on left-wing extremism, and official figures reveal a steep rise in violence this year.

"The security situation has markedly worsened," says a confidential report on the radical left-wing scene compiled by regional and national intelligence agencies. The number of left-wing activists deemed prone to violence increased by more than 20 percent from 2005 to 2010, reaching an all-time high of 6,800, the report says.

The number of offenses committed by extremists in the first quarter of 2011 was significantly higher than in same period last year, it adds.

Authorities are pointing to the protests against the G-8 summit in Heiligendamm, Germany in 2007 as the start of an escalation in left-wing violence. The anti-globalization demonstrations, joined by tens of thousands of people, were a "turning point in the development of German left-wing extremism," the report says.

Authorities are worried that the militant left is attracting support from young people who had hitherto been outside the core left-wing scene. It has started to appeal to a violent, thrill-seeking and less ideological youth culture.

But despite the increase in offenses, German intelligence officials do not see a "terrorist dimension" in the trend. This indirectly contradicts an assessment by the German Federal Prosecutor's Office, which has launched a number of investigations into left-wing acts of violence.

Currently, the domestic intelligence agency classifies 767 people as "violent left-wing extremists." Most of them are younger than 26 years old and 84 percent of them are men.

In recent months the authorities have sharply increased their surveillance of the far-left scene, for example by recruiting informants. The aim is to get an overview of their targets and of the addresses of suspects.