The scandal surrounding the shredding of secret service files relating to right-wing extremists will make efforts to ban the far-right National Democratic Party (NPD) even more difficult, a lawmaker said on Monday.

Hans-Peter Uhl , a security policy expert for the conservative Christian Social Union (CSU), the Bavarian sister party of Chancellor Angela Merkel's Christian Democratic Union, said the agency's credibility had been weakened by the affair, and that any evidence it presents against the NPD will be more assailable as a result.

He told Berliner Zeitung newspaper on Monday that the NPD's lawyers will seize on the destruction of files to cast doubt on the reliability of the findings of the domestic intelligence agency, the Federal Office for the Protection of the Constitution.

"The material the agency would present to the Federal Constititional Court in proceedings to outlaw the NPD is of course more vulnerable than before," Uhl said. "It makes a case even more unlikely than it was already. It is as good as finished. No one is seriously pursuing it anymore."

Germany launched a push to outlaw the NPD late last year amid a public uproar over right-wing extremism following the chance discovery in November that a neo-Nazi terrorist cell, the National Socialist Underground (NSU), murdered at least nine small businessmen of mostly Turkish background and one policewoman since between 2000 and 2007.

The agency's president, Heinz Fromm, resigned this month after it was revealed that an official shredded several files on his own initiative relating to informants in the right-wing scene just days after the NSU cell was discovered.

It has since emerged that a further six files from secret wiretapping operations were destroyed last November on instructions from the Interior Ministry. The files did not pertain directly to the terrorist network, but the admission and the timing of the deletions raised fresh questions about the agency's professionalism and the effectiveness of its leaders.

Germany's security and law enforcement authorities have come under fire for a series of gaffes and a lack of coordination after failing to catch the killers for over a decade, and there have been calls for a fundamental reform of the system.

The very existence of the NSU was unknown until last November, when two of its members, Uwe Mundlos and Uwe Böhnhardt, committed suicide after a botched bank robbery and a wealth of evidence was discovered in their apartment in the eastern town of Zwickau. The third member of the group, Beate Zschäpe, is in custody.

Analysts of the far-right scene say the NPD has neo-Nazis among its members and links with extremist groups. But legal experts warn that outlawing the NPD, described by authorities as racist, revisionist, hostile to the constitution and sympathetic to National Socialism, would be a long-winded and difficult process, and may fail.

A previous bid to ban the NPD failed in 2003 when the Federal Constitutional Court threw out the case. The intelligence services, the court argued, had informants in the party's leadership, which meant that government agents were helping to shape the NPD's policies. That made it impossible to consider the case.

The German government is determined that a fiasco like the one in 2003 cannot be repeated under any circumstances. In preparation for a new ban attempt, the national and regional governments in Germany have severed ties with informants in the NPD's leadership. Their aim is to prove that the NPD poses a threat to the democratic constitution.

The NPD has said it will file a suit with the European Court of Human Rights against a ban. 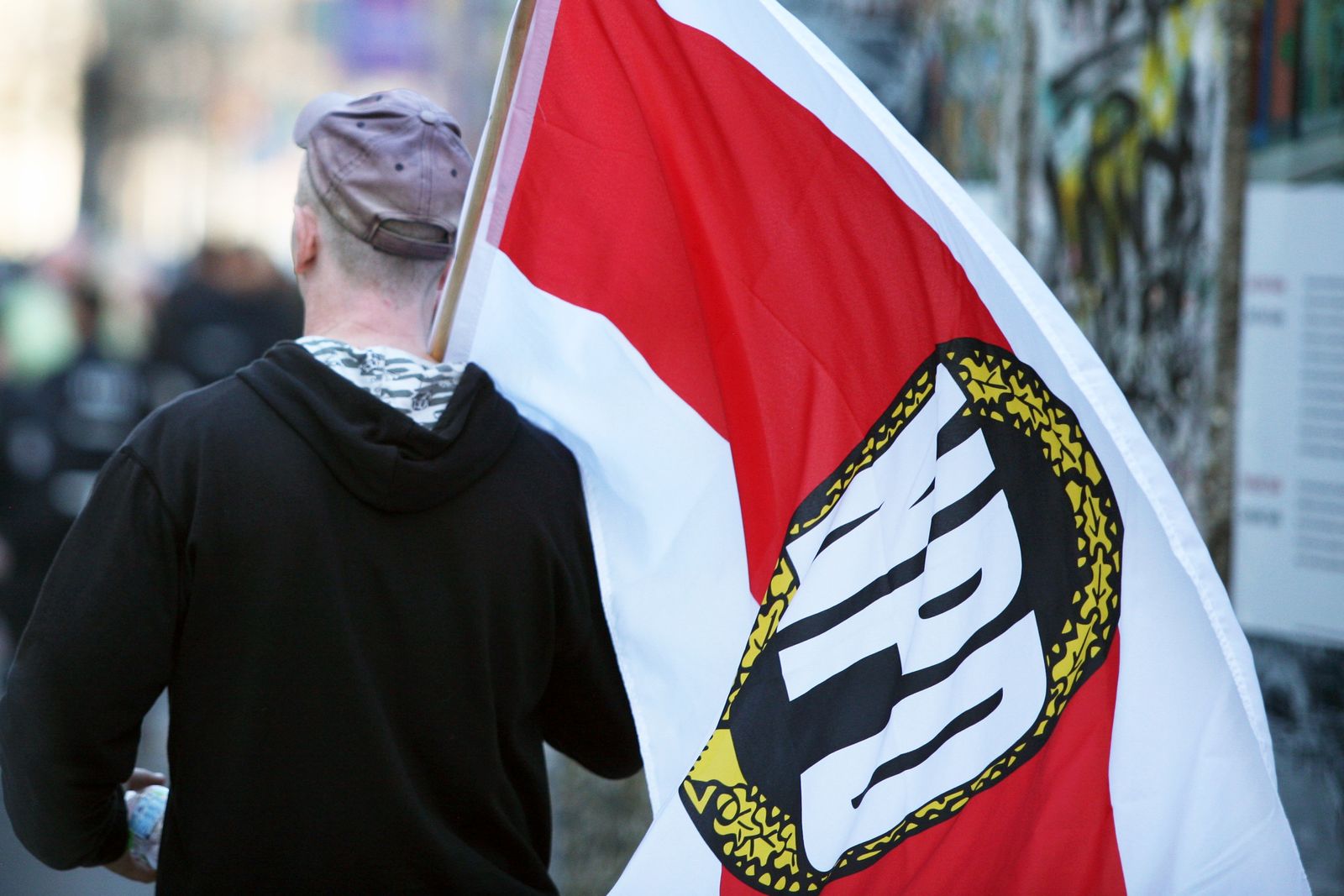 A follower of the far-right NPD.