Arnaud Zajtman, 44, is not exactly the kind of person you would mistake for a terrorist, weapons trader or drug dealer. The Belgian journalist has been reporting from Africa for almost 20 years, with a keen interest in Congo. For 10 years, he was stationed in Kinshasa as a correspondent, first for the BBC and then for the television broadcaster France 24. His stories focused on the forgotten children of Congo, on the battles fought by the rebels and on the country's first free elections since 1965.

Zajtman knew nothing about it. German officials never informed him that his phone had been tapped, the journalist says. He was horrified when he was contacted by SPIEGEL regarding the alleged surveillance by the Germans. "It isn't a good feeling to know that somebody was listening in when you're dealing with highly sensitive sources."

The Belgian journalist isn't the only reporter who was spied on. According to documents seen by SPIEGEL, the BND conducted surveillance on at least 50 additional telephone numbers, fax numbers and email addresses belonging to journalists or newsrooms around the world in the years following 1999.

Included among them were more than a dozen connections belonging to the BBC, often to the offices of the international World Service. The documents indicate that the German intelligence agency didn't just tap into the phones of BBC correspondents in Afghanistan, but also targeted telephone and fax numbers at BBC headquarters in London.

A phone number belonging to the New York Times in Afghanistan was also on the BND list, as were several mobile and satellite numbers belonging to the news agency Reuters in Afghanistan, Pakistan and Nigeria. The German spies also conducted surveillance on the independent Zimbabwean newspaper Daily News before dictator Robert Mugabe banned it for seven years in 2003. Other numbers on the list belonged to news agencies from Kuwait, Lebanon and India in addition to journalist associations in Nepal and Indonesia.

Journalists in Germany enjoy far-reaching protection against state meddling. They enjoy similar legal protection to lawyers, doctors and priests: occupations that require secrecy. Journalists have the right to refuse to testify in court in order to protect their sources. German law forbids the country's domestic intelligence agency from conducting surveillance on persons who have that right.

The allegations come as the German parliamentary investigative committee focusing on U.S. spying in Germany is completing its inquiry. Chancellor Angela Merkel, who appeared before the committee last Thursday, was the last witness called and now the committee members are working on their closing report. But even as the committee also addressed extensive BND spying, the surveillance of journalists was only a fringe issue.

Committee members, for example, referred in their questions to the scandal surrounding SPIEGEL reporter Susanne Koelbl, whose emails were read by the BND for a several-month period in 2006. Agency employees said at the time that their target had been the Afghan minister for industry and trade, with whom Koelbl was in contact. The journalist's emails, they insisted, had been inadvertently intercepted and the agency issued her an apology.

But the surveillance of journalists documented in the papers SPIEGEL has seen was almost certainly not inadvertent. The search terms used clearly targeted the journalists or the newsrooms whose contact information is on the BND list. The German intelligence agency declined to comment on the allegations. "Regarding operative aspects of its activities, the BND comments exclusively to the German government or the committee responsible in the German parliament," the BND press office stated.

Reporters without Borders is concerned that the BND will continue conducting surveillance on foreign journalists. And the new law governing the BND, which went into effect in January, won't change that. "What is missing from the new law is an exception for journalists of the kind that exists (in the law governing domestic intelligence)," says Mihr. And he is prepared to fight for it. Together with other journalist associations and under the leadership of the Society for Civil Rights, Reporters without Borders is preparing a constitutional challenge to the new BND law. 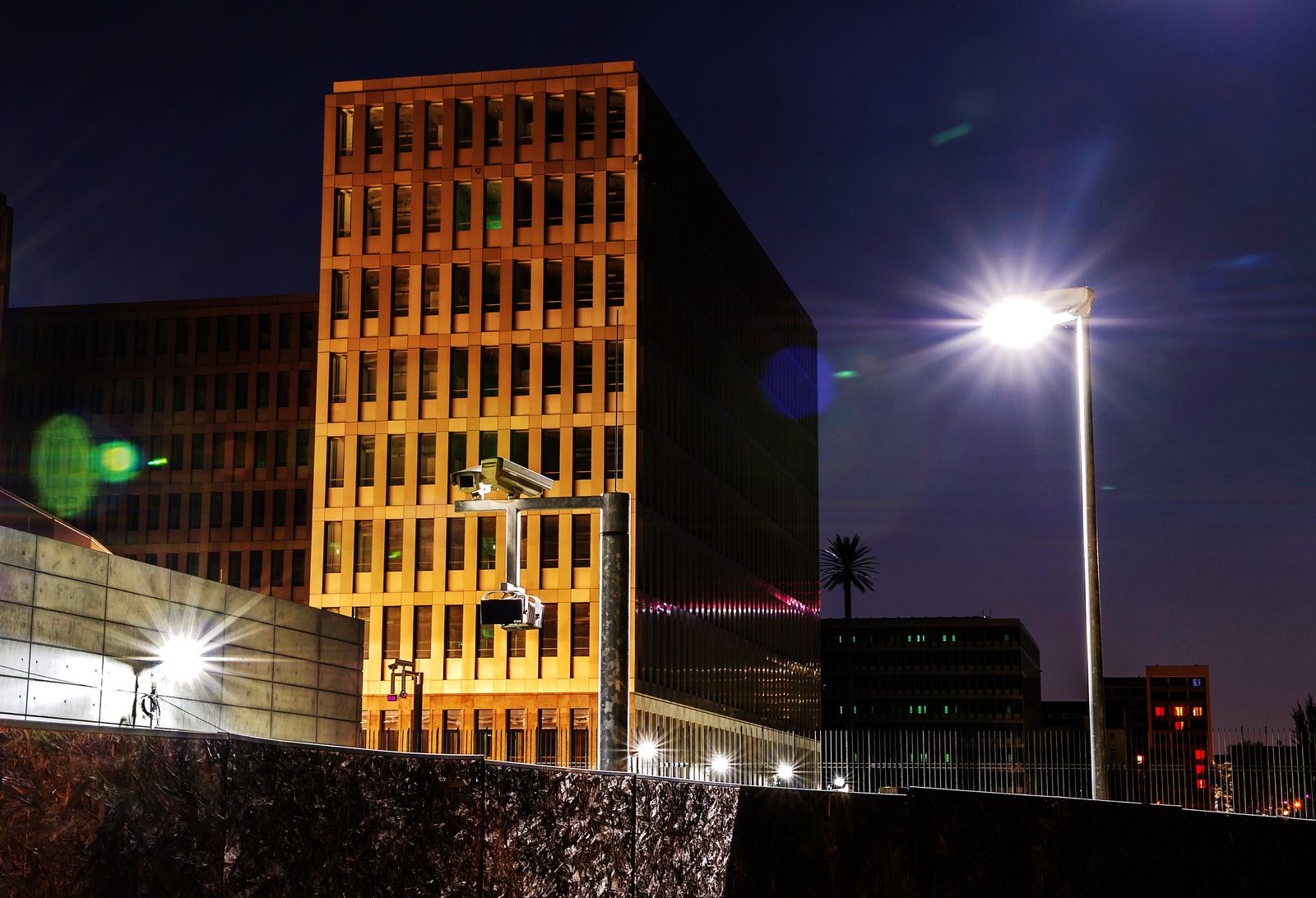 The BND's future headquarters in Berlin