On Monday, Riaz Khan Ahmadzai, a 17-year-old refugee living with a foster family in Germany, perpetrated an attack on a regional train near Würzburg using an axe and a knife. Ahmadzai attacked a group of five travelers from Hong Kong, leaving five wounded, two critically. Police shot and killed the teen on the scene. Evidence found after the attack suggests it may have been motivated by Islamist hatred. Ahmadzai, a devout Sunni, left behind a handwritten document, several pages long, which investigators believe to be a goodbye letter to his father. In it, he complains about infidels and says he will take revenge on them. "Please pray that I go to heaven," he is said to have written.

Although it has not been determined if the young man had connections to the Islamic State, he did leave behind a video in which he claimed responsibility for the attack and affiliation with the group. "In the name of God, I am a soldier of IS and am beginning a holy operation in Germany," he says. "You can see that I lived in your country and in your house. With God I have created this plan in your own house, and with God's will, I will slaughter you in your own home."

Investigators are currently pursuing leads suggesting Ahmadzai may have had links to the terrorist scene.

SPIEGEL spoke with German Interior Minister Thomas de Maizière about the general threat of terrorism in the country and whether the government's refugee policies have made Germany a more dangerous place.

SPIEGEL: Mr. Minister, after Nice and Würzburg, is Germany going to become like Israel, with bollards, security checks and a police presence on every street corner?

De Maizière: No, but we will have to get used to more intensive security precautions at major public events like Carnival parades, football matches, church congresses or Oktoberfest. That, unfortunately, is true.

De Maizière: That will have to be decided locally. It could be stricter entrance controls or large-scale barriers. It will also mean in some cases that there are longer lines at major events. But the measures have to be appropriate for the situation and proportionate. I am opposed to making any fundamental changes to our freedom, particularly when it comes to cheerful occasions.

SPIEGEL: The perpetrator in Würzburg had not been identified by anyone as radical prior to the attack. Is there anything security agencies can do to prevent an incident like this?

De Maizière: No constitutional state in the world is in a position to prevent every crime, every massacre or every terrorist act with absolute certainty. But our duty is to do everything possible. And that's what we are doing. It is essential that our security agencies gather information about people who represent a potential threat or about dangerous developments early on and put it to use.

SPIEGEL: It appears that no such information was available about the perpetrator in Würzburg. Was he a typical lone wolf attacker?

De Maizière: The ongoing investigation will have to determine that. But imagine for a moment that Facebook entries from the perpetrator are discovered that show evidence of radicalization. Some would certainly immediately ask why we didn't recognized that. But as a democratic, constitutional state, we cannot perform blanket monitoring of Facebook entries from the entire population. I also do not believe anyone wants that. I certainly do not.

SPIEGEL: You are calling for more video surveillance in public spaces. How will that prevent terrorist attacks?

De Maizière: Video surveillance in train stations, trains or in high crime areas like Cologne's cathedral square can have a deterrent effect on potential offenders. Primarily, though, it makes it massively easier to solve a crime once it has been committed. This applies especially to the question as to whether there were accomplices involved or determining how exactly the crime unfolded. Everyone accepts that they are constantly being filmed when they are inside a department store in order to prevent shoplifting. But when we attempt to do the same in high crime areas or street cars, the commotion in some circles is big. I consider this to be a conflict of values.

SPIEGEL: Members of the police union have called for the deployment of officers in civilian clothing to patrol trains -- similar to sky marshals who provide security in airplanes. What do you think of this idea?

De Maizière: I don't think it's realistic. Over 40,000 trains travel each day in Germany, and that's not even including the trams. What I do consider essential is an increase in the number of ticket collectors and conductors, because they, too, are people you can turn to in instances of harassment or public disorder -- thus providing an additional degree of security. But that has nothing to do with the fight against terrorism.

SPIEGEL: Is the attack in Würzburg proof that the German government's refugee policies have made the country less safe?

De Maizière: No. The threat of terror was already high and it continues to be. We have indications that there may be individual terrorists among the refugees. Any tip is investigated quickly and carefully by the authorities -- and most have not turned out to be true. In a few other cases, investigations are underway.

SPIEGEL: Was it a mistake to allow so many migrants to enter into Germany last year without knowing who they were?

De Maizière: We cannot forget: For years, we haven't had a complete picture of who was traveling into Germany -- and this was not out of negligence. That is the principle behind Schengen. But the challenges have changed today -- and their solution lies in protecting the EU's external borders and in a European registry of entry and departure in which all border crossings are registered. In exchange for a considerably strengthened external border protection, we are directly taking in a significant number of refugees in legal ways, from refugee camps in the countries neighboring Syria, for example. That has the advantage that a security review can be performed on site. And it means that a refugee's opportunity is once again based on their need for protection rather than their ability to pay traffickers.

SPIEGEL: Is the conclusion unavoidable that we, as a society, just endure such attacks?

De Maizière: We were shocked by the murders of the NSU. We have also seen young people commit massacres in schools. Such instances leave you stunned and asking yourself: Is it not possible to recognize this earlier? Can it be prevented? That there are such excesses of violence is, unfortunately, a fact of life. We do everything we can to prevent something like that, but to a certain extent, a society must endure it -- as bitter a pill as that may be to swallow.

Thomas de Maizière, 62, has served as Germany's interior minister since 2009. He is a member of Chancellor Angela Merkel's conservative Christian Democratic Union. He previously served as defense minister and also as the chancellor's chief of staff. 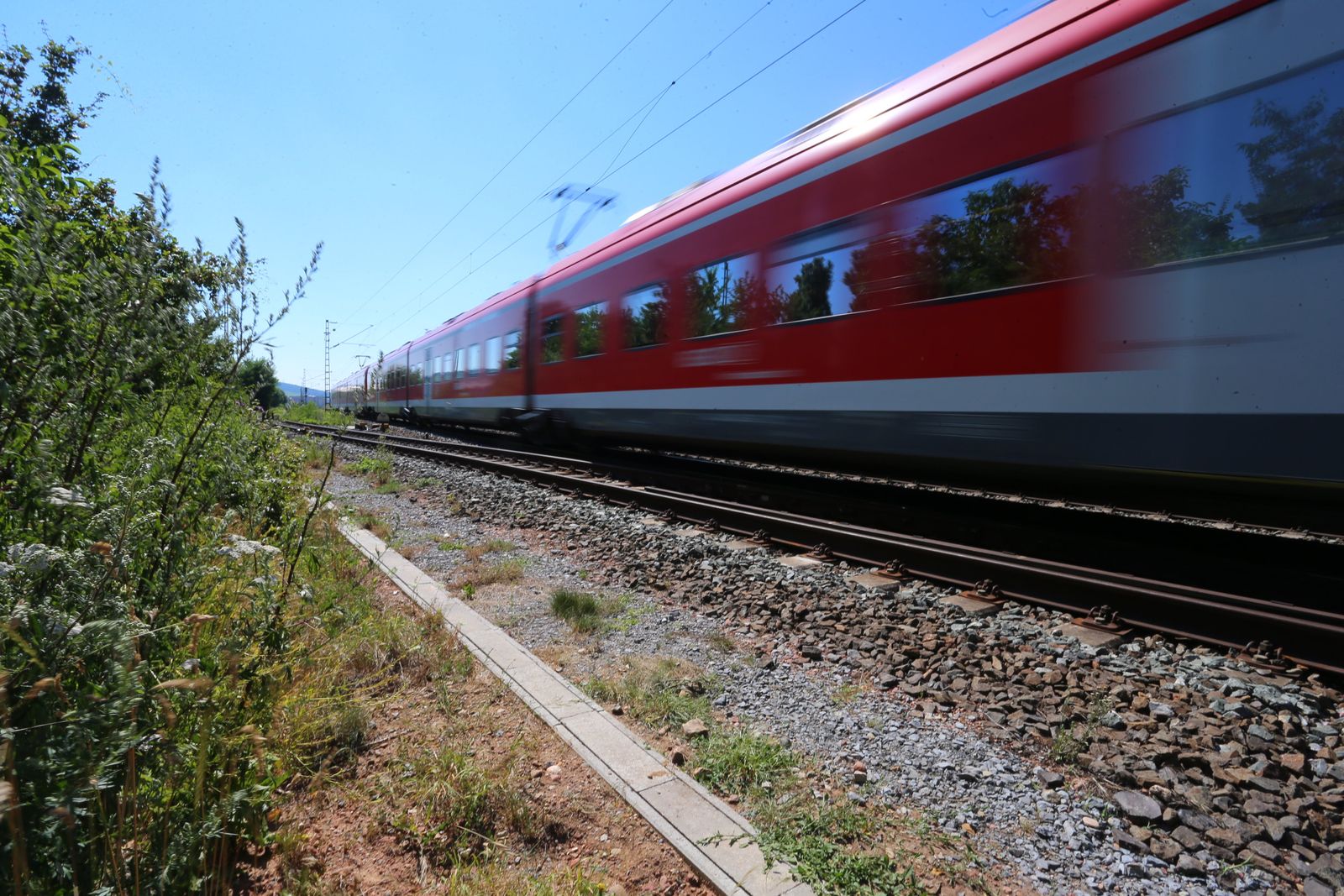 A regional train passes the site near Würzburg, Germany, of an attack Monday that may have been motivated by Islamist hate.