A major surge of immigrants from Bulgaria and Romania to Germany since the countries joined the European Union in 2007 and began to benefit from free movement within the bloc is creating what many are calling a serious integration problem. Statistics show that some 147,000 Bulgarian and Romanian nationals moved to Germany in 2011 alone.

Although there are no official figures, a considerable share of immigrants from the countries are believed to be members of the Roma minority, who often lack education, frequently suffer from health problems and are therefore far less likely to find employment. Their numbers are set to rise even further when labor market restrictions on Romanian and Bulgarian migrants are lifted in 2014, after the seven-year transition period since the two countries joined runs out.

On Monday, German Interior Minister Hans-Peter Friedrich said he wanted to reinforce efforts to combat poverty-related immigration. Friedrich is urging the Bulgarian and Romanian governments to take measures domestically to stem the dramatic exodus, which is a phenomenon affecting many parts of Europe.

"This problem needs to be tackled at its source," Friedrich said on Monday. "That's why Germany is advising Bulgaria and Romania on both a European level and in its bilateral relations with the two countries to invest more of its EU subsidies in the integration of those affected in their home countries."

Justice Minister Sabine Leutheusser-Schnarrenberger, meanwhile, echoed Friedrich's statements. "Many Roma flee their homes because of discrimination and resulting poverty," she told the conservative daily Frankfurter Allgemeine Zeitung. "Poverty-related migration must be addressed at its roots."

The latest statements follow a position paper released in late January by the German Association of Cities identifying escalating problems with impoverished immigrants from Romania and Bulgaria. The Federat Statistical Office registered a 24 percent increase in migrants from the countries during the first half of 2012. And the number has more than doubled since 2007.

With many seeking social welfare support, authorities in Germany's biggest cities are complaining of spiraling costs as well as a rise in begging, prostitution and illegal labor. Against this backdrop, the association, which represents the interests of Germany's municipalities, called on the federal government in Berlin and the European Union in Brussels to place more emphasis on the issue and push for the improvement of conditions in the immigrants' home countries. The paper states that the outcome of EU expansion to include Romania and Bulgaria had been "predictable."

"The current migration of people from Romania and Bulgaria is a problem that can only be coped with through a coordinated cooperation of the relevant players at the federal government, country and European level." The municipalities argue it is not a question of "walling off Germany from immigration," but about "creating successful conditions for integration."

With the paper, the cities said they wanted to launch a debate on how best to deal with the issue. "We do not want to make blanket generalizations about EU citizens from Romania nor Bulgaria and we cannot accept that these local problems become serve to promote right-wing extremist thinking."

In 2011, in the neighboring Czech Republic, right-wing extremists attacked Roma in a border area near Germany. Similar attacks have been widely reported in Hungary. 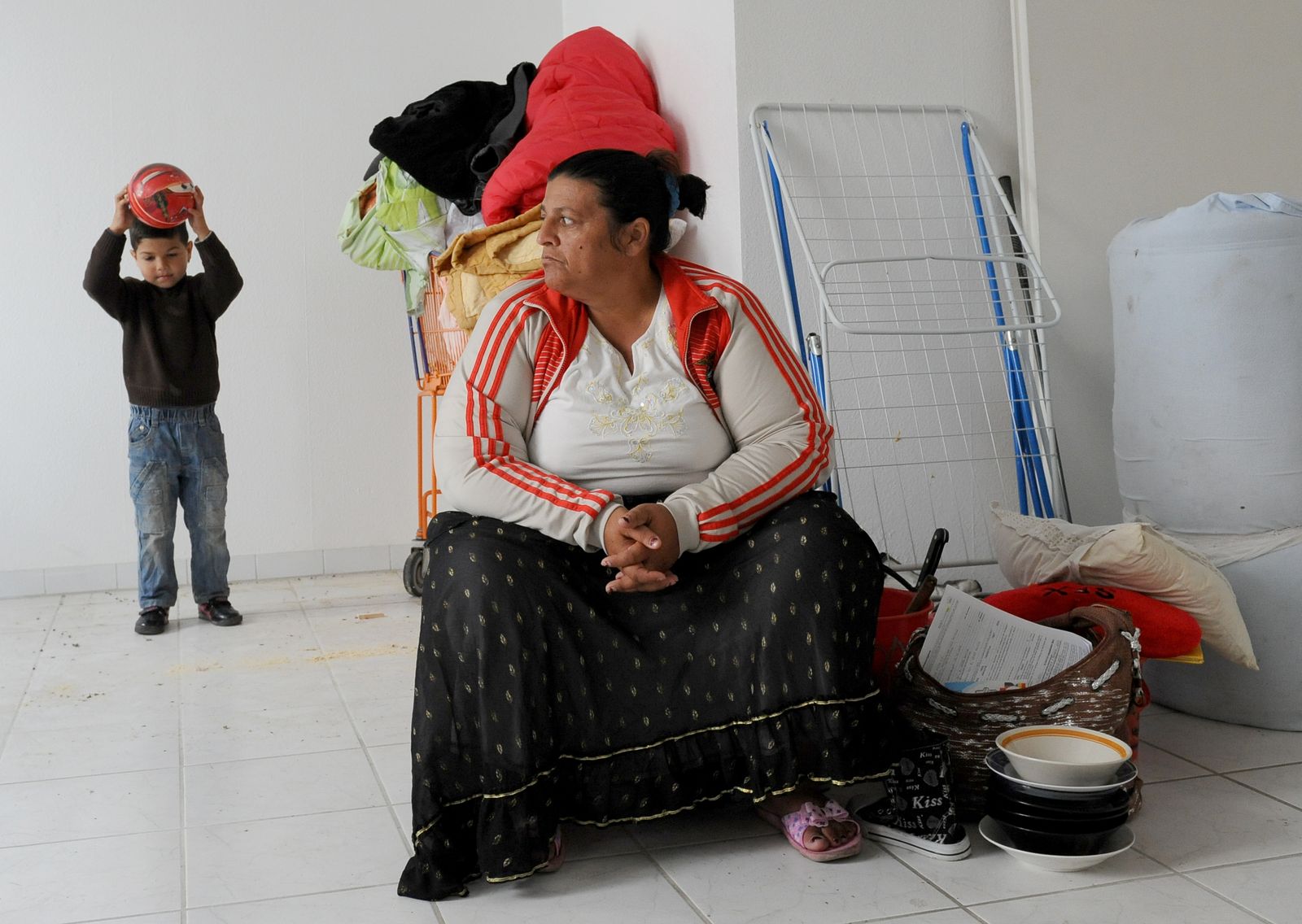 A 2011 photo of a Roma family in Berlin: "Many Roma flee their homes because of discrimination and resulting poverty."