When German government spokesman Steffen Seibert claims a scheduling conflict as the pretext for canceling a long-planned meeting, there's usually a substantial diplomatic crisis behind the decision. Usually, the government uses the excuse to get out of meetings with autocratic regimes, but this year, it has been applied to a country that generally maintains a very close friendship with Germany: Israel.

The cabinets of both countries traditionally hold a joint meeting once a year, alternating annually between Berlin and Jerusalem. The next German-Israeli intergovernmental consultation had been planned for May, but the Chancellery announced suddenly a few weeks ago that the meeting would be "delayed." The reason provided was the "many international meetings in the scope of the German G-20 presidency."

But that wasn't the real reason. The cancellation was Berlin's way of protesting against Israeli President Benjamin Netanyahu's plan to legalize illegal Jewish settlements in the occupied West Bank. That was the first diplomatic affront. A much more significant one took place Tuesday when German Foreign Minister Sigmar Gabriel traveled to Jerusalem, where he planned to meet with the prime minister. Netanyahu , though, cancelled their planned meeting at the last minute.

It's not unlike two friends who have drifted apart over the years. Irritation comes first, but neither has the courage to say so openly. When the conflict does finally erupt, however, it is correspondingly more vitriolic. That's the situation in which Jerusalem and Berlin currently find themselves, and Foreign Minister Gabriel isn't the only one getting increasingly resentful. So too is Chancellor Angela Merkel, who, in a 2008 before the Knesset, declared that solidarity with Israel is an integral part of Germany's raison d'état.

It has long been one of the fundamental convictions of German foreign policy that, given the crimes committed by the Nazis in World War II, the country should hold back in its criticism of Israel. But this axiom no longer holds. One reason is Netanyahu's construction of an increasing number of new settlements in the West Bank, thus imperiling the establishment of a viable Palestinian state. Another is the disquiet in both the Chancellery and the Foreign Ministry over the right-wing Israeli government's harrassment of opposition groups. In addition to fears about the failure of the two-state solution, fears are also mounting about Israel's own democratic culture.

Gabriel thus made the conscious decision to include a visit to an Israeli NGO on the itinerary for his first visit to Israel as foreign minister. The organization, Breaking the Silence, has accused the Israeli military of war crimes and is thus unpopular with the government. Gabriel's staff were aware of the sensitivity of the appointment and the Foreign Ministry in Berlin even made a point of providing the Israeli Embassy in Berlin with information about the itinerary of Gabriel's trip well in advance. Ambassador Yavoc Hadas-Handelsman did make clear in telephone conversations with Gabriel that Netanyahu wasn't thrilled about the appointment. But there was no discussion of an unyielding ultimatum. Gabriel first learned of that on Monday from Israeli television.

Netanyahu, though, remained stubborn. He said he could only offer Gabriel a telephone conversation -- on condition that the German foreign minister agree to speak with representatives from pro-government organizations. Gabriel, though, didn't want to submit to those conditions, leading the Israeli prime minister to fire his next salvo. He claimed that Gabriel had refused to speak with him on the phone. The situation, in short, had eroded to the kind of muscle-flexing more reminiscent of recent relations between Germany and Turkey.

Later in the week, in an interview with the German tabloid newspaper Bild, Netanyahu said, "I don't meet with diplomats who, on their visits, go out of their way to meet these fringe, extremist elements." The Israeli prime minister said it had been "particularly upsetting" coming as it did "between the Holocaust Remembrance Day and the Day of Remembrance of Our Fallen Soldiers. Choose a worse day. It's hard, you won't find it."

Chancellor Merkel herself has also become acquainted with Netanyahu's less comfortable side. Several times, telephone calls between Berlin and Jerusalem have grown heated - and the disputes have almost always focused on the construction of settlements.

The impression has been growing for some time now within the Chancellery that Netanyahu is exploiting the German-Israeli friendship to serve his own purposes. Last year, the freely distributed, government-friendly newspaper Israel Hayom ran the following headline after a visit made by the Israeli cabinet to Berlin: "Merkel: Now Is Not the Time for a 2-State Solution." The paper alleged Merkel had said as much to Netanyahu in Berlin.

The report angered Merkel's people because the Israeli prime minister appeared to have twisted her words to the point that they came across as an endorsement of his policies. The fact is, however, that Merkel made clear several times to Netanyahu that she considers the effects of Israel's construction of settlements in the occupied territories to be disastrous because it prevents the creation of a viable Palestinian state.

Berlin's position on the issue isn't new. The German Foreign Ministry routinely condemns each new construction permit granted for Israeli settlements. In recent months, though, the atmosphere between Germany and Israel has also grown tenser in an area that had previously been deemed untouchable: cooperation on arms policy.

The tensions surround Israel's request to purchase three submarines from ThyssenKrupp Marine Systems in Kiel. Israel has already purchased five submarines from Germany, and a sixth is currently under construction. Over the years, German governments led by Helmut Kohl, Gerhard Schröder and Angela Merkel have all provided the Jewish state with significant price discounts each time.

Now, though, corruption allegations are overshadowing the purchase of future submarines. Netanyahu's personal legal adviser, David Schimron, also represents businessman Miki Ganor, who serves as ThyssenKrupp's sales partner in Israel. The Israeli attorney general has initiated an investigation, but not into Netanyahu.

Nevertheless, the German government has for months been blocking the memorandum of understanding that would allow the deal to move forward. Netanyahu's office is said to have inquired about the status several times, and the Chancellery has always answered that the time isn't right. Germany ultimately yielded, but a passage was added to the draft stating that if the corruption allegations are proven, the deal would be nullified. The Israeli daily Haaretz first reported the development a few weeks ago, and high-ranking German government officials confirmed it to DER SPIEGEL. The Federal Security Council, a nine-member body made up of the chancellor and several ministers, will soon review the deal.

Many in Jerusalem are now wondering if the unlimited solidarity Merkel claimed with the Jewish state in the Knesset in 2008 still applies. "Germany is a key country for Israel in Europe and the world," says Avi Dichter, the former head of the Israeli domestic intelligence agency and chairman of the Foreign Affairs Committee in the Knesset. "Each reduction in German support for Israel is very worrying," he says.

Dichter, a fellow member of Netanyahu's party, visited the German capital at the end of March and returned to Israel feeling alarmed. Foreign Minister Gabriel had explained to his Israeli guest that it was growing increasingly difficult for the political elite to defend justified Israeli interests because the German population was growing increasingly critical of Israel. "He expressed the fear that the younger generation won't feel as much of an obligation toward the Jewish people," Dichter says.

The German government still refuses to recognize Palestine as a state at the United Nations. But, Gabriel told Dichter, were the center-left Social Democrats to vote on the issue at a party conference, 80 percent would vote in favor of recognition.

Indeed, there appears to be a sharp contradiction between the mantras of sworn friendship between Germany and Israel and the growing lack of understanding between the two countries. Members of the Israeli parliament and government have the impression that their German counterparts have become obsessive about Israeli settlement policy and are no longer taking legitimate Israeli concerns seriously.

Most importantly, politicians in Jerusalem have the impression that the threat posed by Iran is being downplayed by the Germans. "The degree to which the German leadership is being blinded by the Iran nuclear deal is astonishing," says former intelligence chief Dichter. He says that Iran poses an existential threat both in nuclear and conventional terms. "Germany and the EU are closing their eyes to the Iranian threat," Dichter says, critically. He says he has received "no serious answers to our central concerns."

The latest dispute is emblematic of the lack of a common language between Germany and Israel -- and it is certain to overshadow the next visit.

Frank-Walter Steinmeier is expected to make his first visit to Israel as German president next Saturday and Steinmeier's staff have been examining the events surrounding Gabriel's trip very closely. It's no secret in Germany that Steinmeier, who held the foreign minister position prior to Gabriel, doesn't consider his successor to be his country's greatest diplomatic talent. But officials in the president's office still see no reason to criticize Gabriel's conduct in Israel.

But Steinmeier is fully aware that his trip to Jerusalem will be the subject of greater scrutiny. Is it politically palatable to avoid mentioning the event in discussions with Netanyahu? Does the incident make it all the more important for him to visit the organizations that sparked the tiff?

The only thing that is set in stone at the moment is that Steinmeier plans to give a speech at Hebrew University. It will focus on the threats facing both German and Israeli democracy.

Of course, Steinmeier won't mention Netanyahu personally, but if the German president calls for greater tolerance of critical opinions during his speech, it will be clear who his intended audience is. 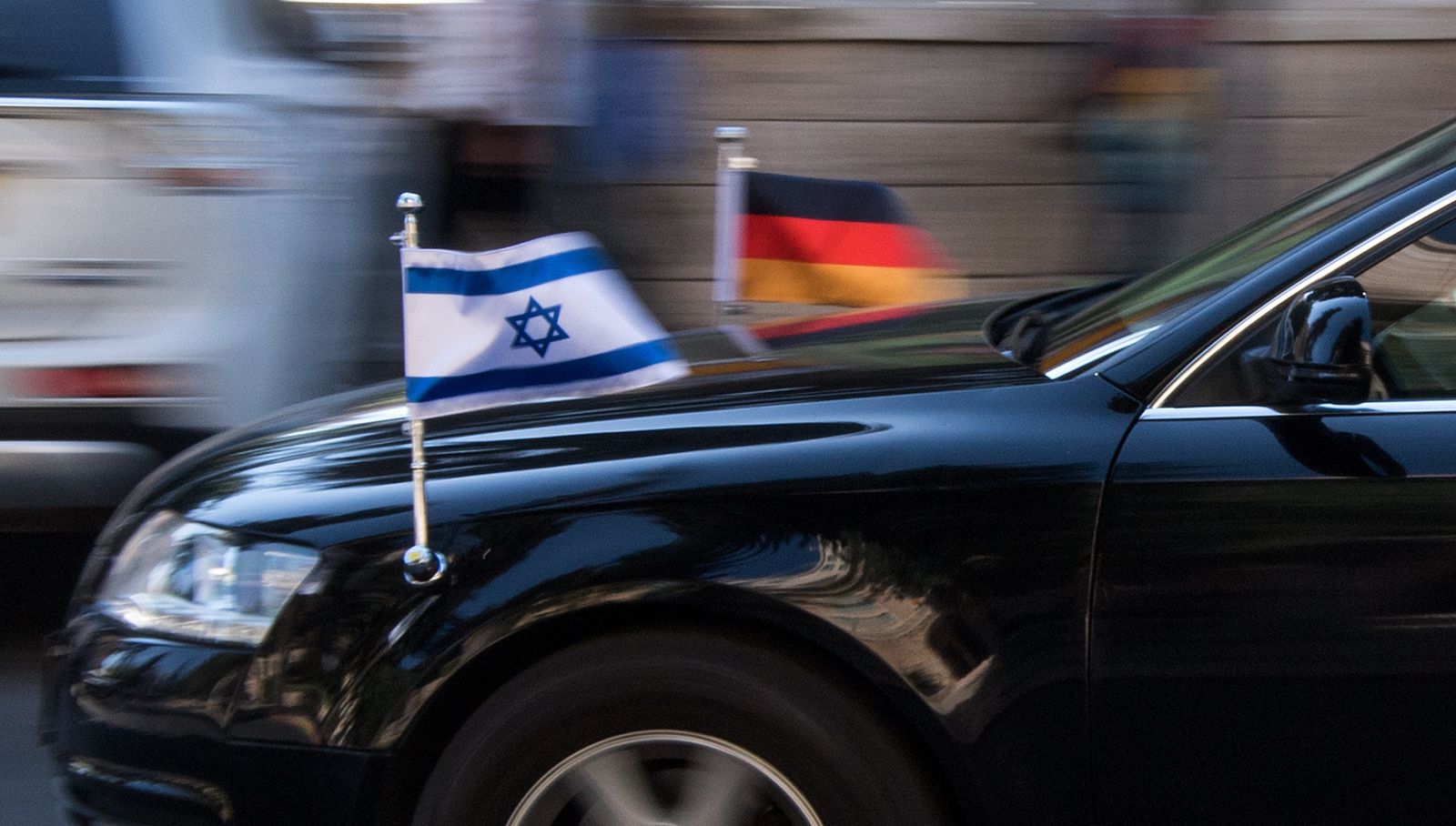 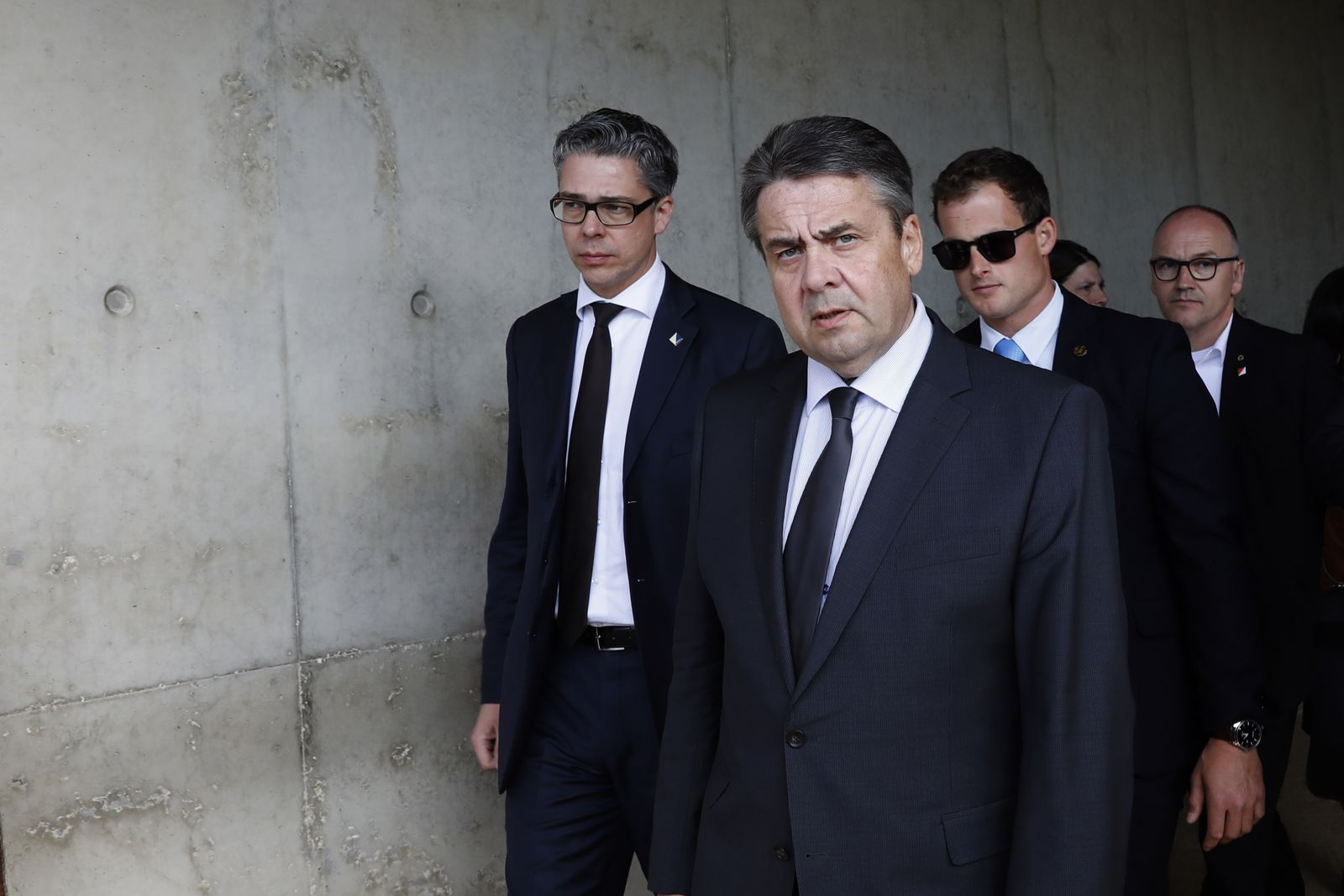 German Foreign Minister Sigmar Gabriel during his visit to Israel earlier this week.