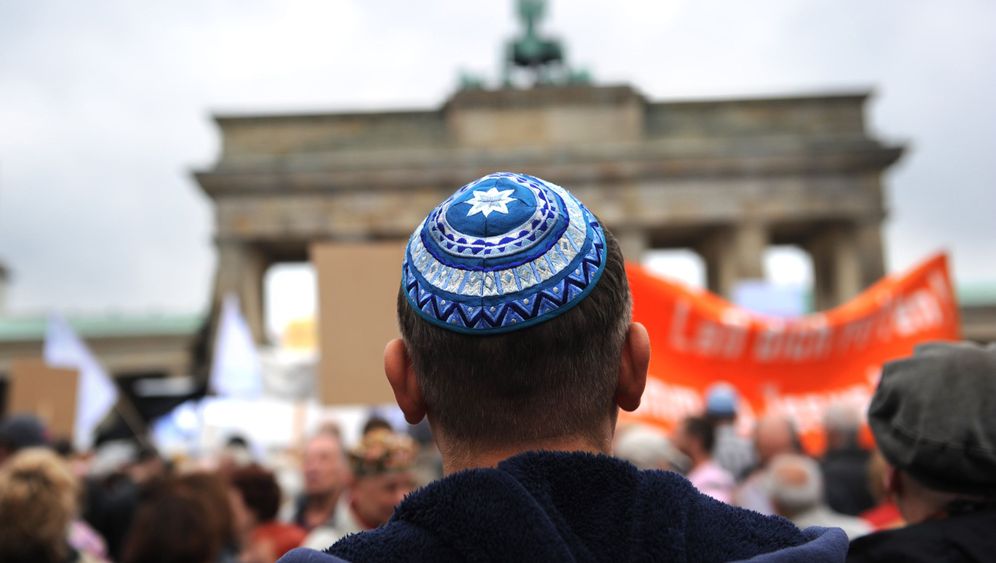 Photo Gallery: After the Boom

Those entering the prayer hall of the Jewish community in Oranienburg, a city a short drive north of Berlin, are supposed to feel as though they are returning to the 19th century. The mosaics and wall paintings look a bit like they did in former times.

But the impression is deceptive. The columns of the Torah shrine are made of plaster and not the marble of the 1838 original. One-hundred years after its construction, Hitler's SA badly damaged the building and it would later be destroyed in the war. "Fortunately there were photos," says community leader Elena Miropolskaya. A Jewish mosaic artist from Belarus and a painter from Uzbekistan were able to use them to resurrect some of the building's old splendor.

When they first moved to Oranienburg from the former Soviet Union around 15 years ago, Miropolskaya and other Jewish immigrants called their new community "Rebirth". The community center is located just a few kilometers away from the memorial site of Sachsenhausen, where visitors today can still view the foundations of the concentration camp's gas chamber. The city was also the site of the administrative headquarters of all the concentration camps in the German Reich.

Even this close to these sites of terror, Jewish life can be found again today. Since the early 1990s, Germany's Jewish community has grown from 30,000 to 100,000 members. Due to the influx of large numbers of Russian Jewish immigrants, many small and medium-sized communities were able to massively grow their membership rosters. The Jewish faith and culture once again became palpable across Germany.

But that growth appears to have come to a halt following a decision a few years back by the government in Berlin to end policies that provided for easier emigration from the former Soviet Union. Today, many Jewish congregations are graying swiftly. Almost half of the official members of the country's Jewish community are over 60, with five members dying for each birth in 2013, according to membership statistics.

Indeed, some are questioning if there has been any renaissance in Jewish life in Germany at all. Julius Schoeps, the head of the Moses Mendelssohn Center for European Jewish Studies at the University of Potsdam near Berlin, says there is much more to suggest an "illusory bloom". In the medium term, he argues, it is only the largest communities in Munich, Frankfurt, Berlin or Cologne that will be able to survive. "What that means is that a hundred communities will disappear," he says.

At the same time, like Germany's Christian churches, the Jewish communities are also having trouble attracting younger members for the long haul. "The younger generation is highly flexible and mobile," says Karen Körber, who has conducted research on young Jews for the Academy of the Jewish Museum in Berlin. "They have a tough time with community structures based on the idea of lifelong membership."

She says it is unlikely that young people will remain in small cities over the long haul. Indeed, newly created communities like the one in Oranienburg are more a product of German bureaucracy than any goal of immigrants to revitalize Jewish life. Immigrants from the former Soviet Union were required to move to specific German states under strict quota rules that ensured fair burden sharing among regions. In the past, they often landed in small towns that eventually became too small for them.

Often in Germany in recent years, Jewish communities have been divided over fundamental issues, like whether Russian, German or English should be spoken at events. Whether only Halakha Jews are able to participate who have inherited their religion through their mothers ("matrilineal"). Or if children from mixed marriages, in which only the father is Jewish, can participate.

Other identity conflicts also play a role. Even though they had been subjects of discrimination for decades in the Soviet Union, some who joined Jewish communities in Germany too often weren't considered religious enough by existing members of the German-Jewish congregations. But Jewish life isn't the product of religion alone, says Sergey Lagodinsky, a leading member of the Jewish Community of Berlin. He argues that secular Jewish identities must also be respected as legitimate.

The future of Germany's Jewish community hinges on the third generation of immigrants. Lagodinsky believes people will have to lower their expectations for a boom in Jewish life. "The revival of the Jews has always been a romantic notion held by politicians and the media," he says.

Even the Central Council of Jews in Germany has recognized the need to strengthen its outreach programs for Jewish youth. It is currently planning its next "Jewrovision" singing and talent contest, that is inspired by the Eurovision Song Contest and, according to the invitation, is intended to convey a sense of "joyous Jewishness."

Oranienburg community leader Miropolskaya also says she's optimistic. Following the cessation of mass immigration, she says her congregation has had few new members. However, there are four children under the age of seven, which she says isn't too shabby in demographic terms. "I think the community will live on," she says. 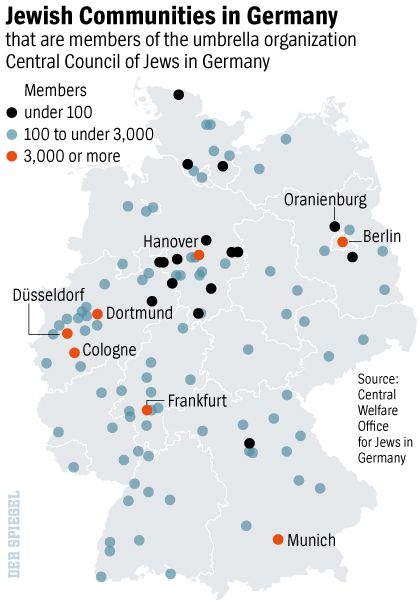