Before Mark Krasnov leaves his Berlin home, he always asks himself: Should I play it safe or should I wear the kippah? "I don't want to provoke anyone or for people to get any silly ideas," says the 26-year-old Jewish man. The result is that he hardly every wears the headgear when he goes out. He feels it's too risky.

The question of Jewish safety in Germany became the subject of public debate on Thursday after Josef Schuster, president of the Central Council of Jews in Germany, wondered in a radio interview whether it "really made sense" in "problem neighborhoods with large Muslim populations to make oneself recognizable as a Jew by wearing a kippah?" He suggested that in "might be better to choose a different head covering" in such instances.

"The risk is always there," agrees Krasnov, who is head of the Wiesbaden Jewish community's youth center. "When you leave the synagogue, the security people often say: It's better to take off the kippah. It's safer." Krasnov says he almost never shows his kippah when he's out in public. "It's a preventative security measure for me -- and, ultimately, self-defense."

Krasnov says the problem isn't new, but there has been a new element to it recently. "I'm now a bit more careful -- of course, it's also a reaction to the attacks in Paris and Copenhagen," he says. "The risk has just gotten bigger." Four Jewish people were killed in the attack on a Jewish supermarket in Paris, which occurred in conjunction with the deadly assault on the satire magazine Charlie Hebdo. Two weeks ago, two people died in attacks on a Jewish cultural center and synagogue in Copenhagen.

But there is more to it than that. Many Jews have perceived a change in the climate in Germany as well. The Amadeu Antonio Foundation, a group that combats racism, counted 864 anti-Semitic crimes last year, an increase of almost 10 percent over 2013. The organization says its figures are derived from information provided by the German federal government that has not been released publicly.

Germany is home to around a quarter-million Jews with about 118,000 being members of the country's 108 official Jewish communities. The country is the only one in the EU that has registered growth in its Jewish population in recent years, with many others, including France, recording an exodus. Indeed, nervousness among French Jews is extremely high following an increase in high-profile anti-Semitic attacks. Israeli Prime Minister Benjamin Netanyahu has even called on French Jews to emigrate to Israel.

Even so, the community in Germany feels threatened from three sides: by right-wing extremists, who are responsible for most violent attacks on Jews, by the anti-Israeli and anti-Zionist left-wing and from Islamists.

Krasnov says that even the large, anti-Islam protests in Dresden and Leipzig in recent months have given him a "queasy" feeling. The marches were organized by Patriots against the Islamization of the West (Pegida), a group that specifically targets Muslim integration. But its right-wing sensibilities have Jews concerned as well.

As such, Krasnov prefers keeping a low profile. He says that even though he's not the kind of guy who would go out shouting "pro-Israeli slogans," he feels like the mere act of wearing the kippah in public is perceived by some as a provocation. "People stare because it's not something they're used to seeing."

When he goes to the synagogue, his youth center or to Jewish cemeteries, Krasnov says he always wears a kippah. And sometimes he'll wear one in public. "If I'm with a group when I go home from the synagogue, then I sometimes dare to wear it," he says. "Because I know there are others with me who can help in an emergency." 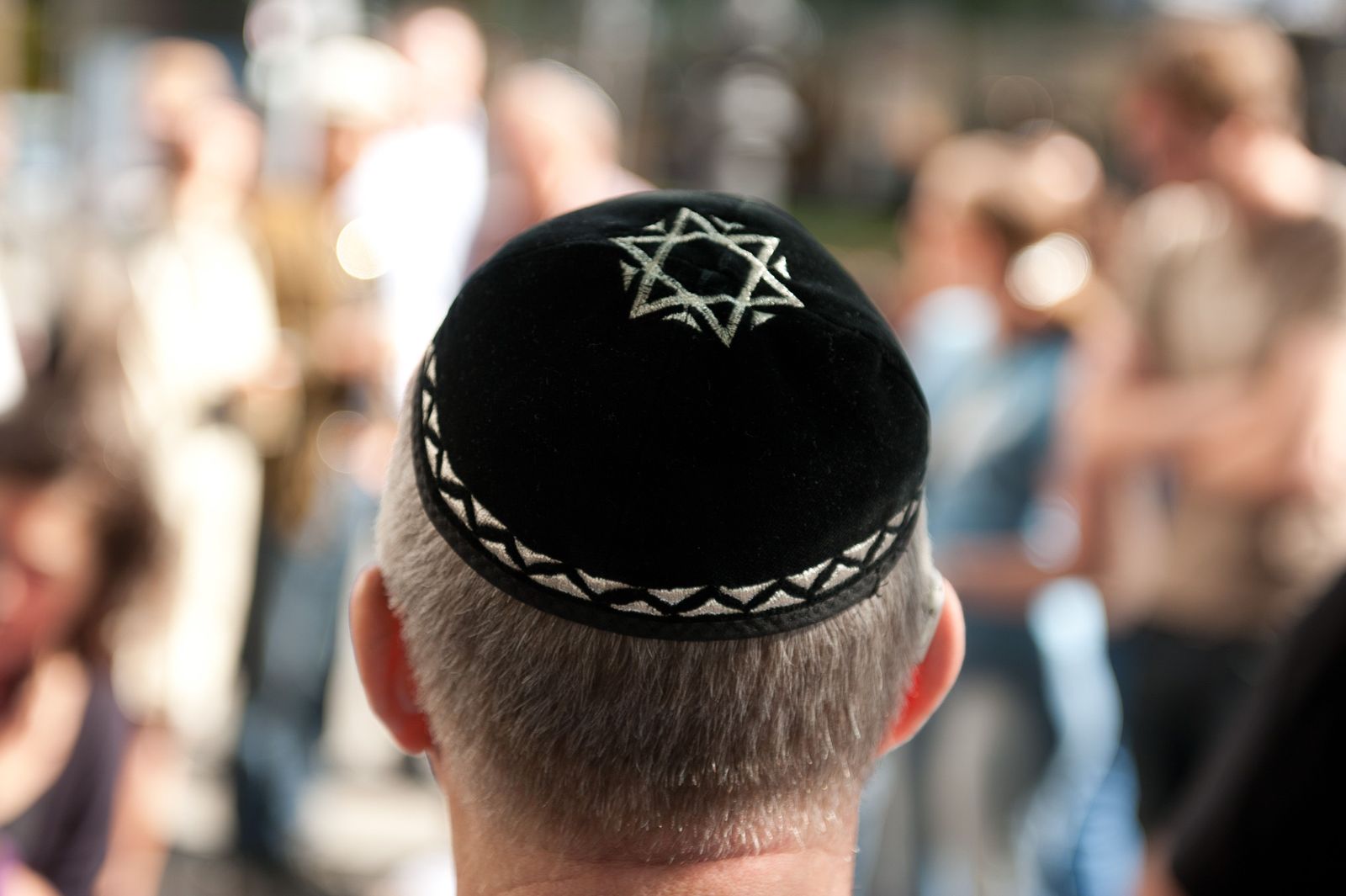 Many Jews in Germany are nervous about wearing the kippah in public or showing any visible signs of their Jewishness.