With its decision not to intervene, the path has been cleared, at least for the time being, for Germany's participation in the €750 billion ($903 billion) program aimed at stabilizing the common currency. However, the court has not made a final ruling on the constitutional complaint filed by Peter Gauweiler, a member of parliament with the conservative Christian Social Union, the Bavarian sister party to Chancellor Angela Merkel's Christian Democrats. In his complaint, Gauweiler claims that the bailout is in violation of German law.

The court said it considered the possible consequences that an injunction could have for the euro. If Germany had to suspend its commitments to the rescue package even temporarily, the government believes it could lead to a loss of trust in the markets, and the scale of the consequences would be unpredictable. In May, the German parliament approved credit guarantees with a maximum value of €148 billion -- the country's part of a European Union- and International Monetary Fund-led effort to restore trust in the euro.

Speaking after the decision on Thursday, the Dow Jones news wire quoted Gauweiler, whose CSU is part of Merkel's government, as telling reporters: "I am confident that we will be successful with our constitutional complaint against the unconstitutional rescue plan, going by the merits of the case, and that the Constitutional Court will stop the transformation of the European Monetary Union into a liability and transfer union, triggered by the rescue packages." 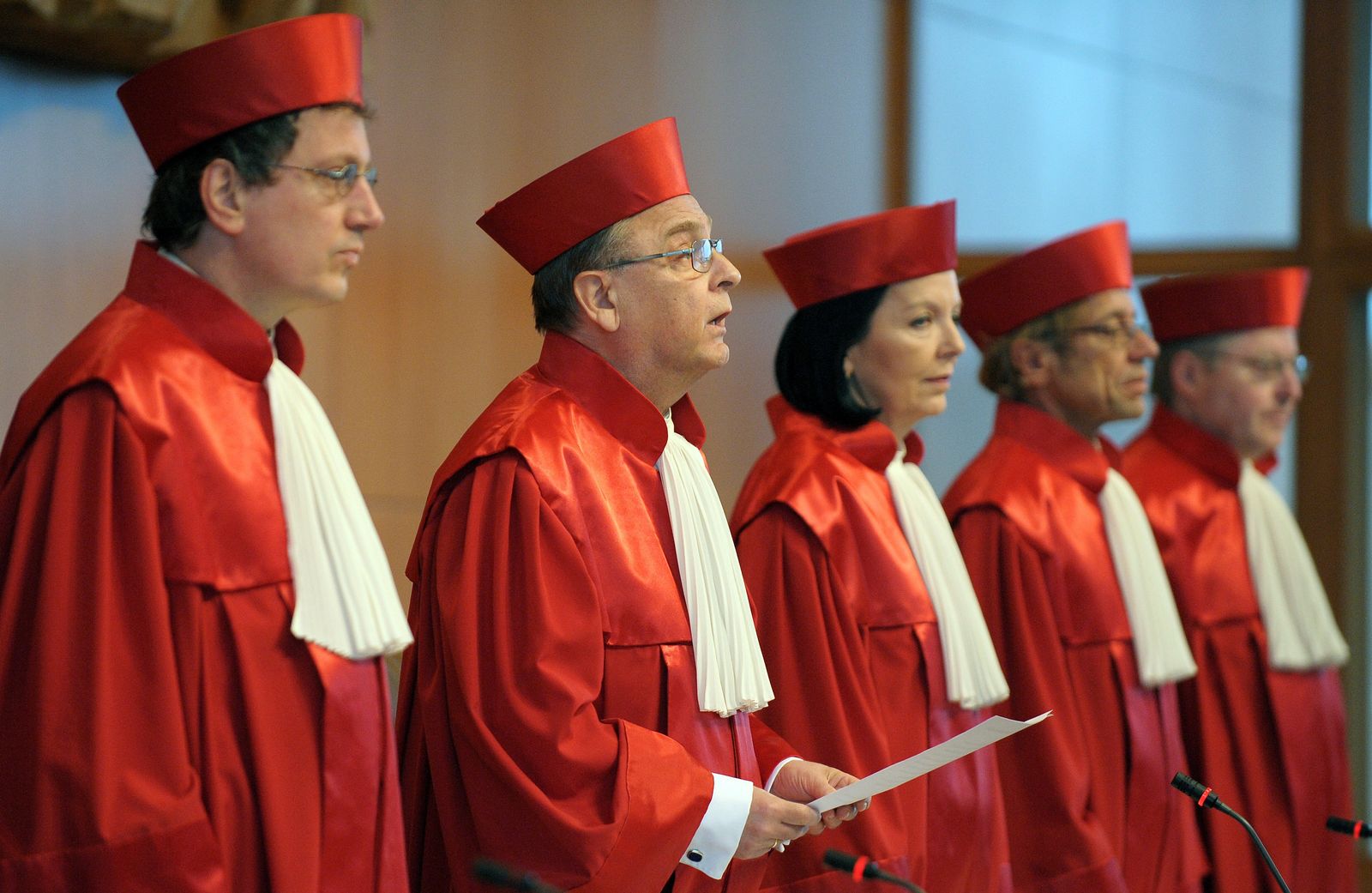 Justices inside Germany's Federal Constitutional Court: The Karlsruhe institution said it would not issue a temporary injunction against the 750 billion rescue package for the euro.