Editor's note: The following excerpts have been translated from German Justice Minister Sabine Leutheusser-Schnarrenberger's interview, which appears in this week's issue of SPIEGEL. Leutheusser-Schnarrenberger, 58, is a member of the business-friendly and civil liberties-oriented Free Democratic Party (FDP), which shares power as the junior coalition parter to Chancellor Angela Merkel's Christian Democratic Union (CDU) and its Bavarian sister party, the Christian Social Union (CSU).

SPIEGEL: Ms. Leutheusser-Schnarrenberger, which search engine do you use when you're on the Internet?

Leutheusser-Schnarrenberger: It depends on what I am searching for. Often, it's individual articles in the press, for which I use Paperball. Otherwise, I use Google a lot, of course. It's already integrated into my browser, so it's hard to avoid using it.

SPIEGEL: If you Google yourself, you'll find about 100,000 results under your name. Using Google Earth, you can see your house and property from above, and when Google Street View arrives on the German market, which also provides street views ...

Leutheusser-Schnarrenberger: ... I'm curious to see what happens. When I read in the paper that those Google vehicles are now taking pictures in my hometown, I wrote to Google to object to the practice, and I asked the mayor to post a notice at town hall to inform residents -- which is something the company itself didn't do at the time. 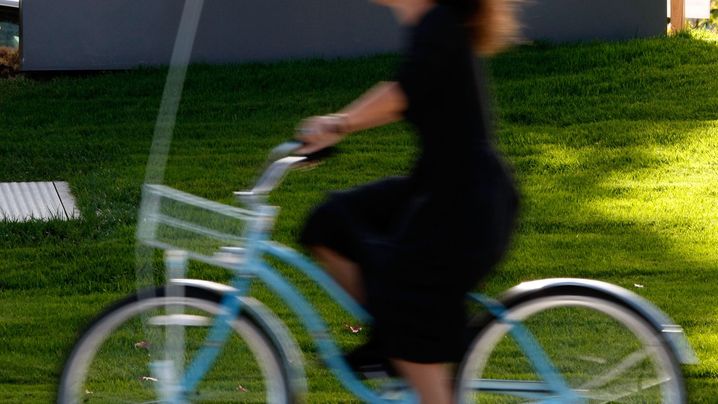 SPIEGEL: Did Google respond to your letter?

Leutheusser-Schnarrenberger: They wrote back, after a little while, to inform me that photographing buildings is permitted under German law. Of course, they added, faces and license plates are rendered unrecognizable and, of course, they are in compliance with privacy laws. I will look into this once the images are available. I have a hedge as a noise and visual barrier. If the images go beyond that, it will not be unproblematic, from a legal standpoint.

SPIEGEL: Google Earth already provides you with a view of your house from above, which anyone can access for free.

Leutheusser-Schnarrenberger: That too is something I believe needs to be examined from a legal perspective.

SPIEGEL: It sounds as if you had little confidence in a company that claims the phrase "Don't be evil" as one of its guiding principles ...

Leutheusser-Schnarrenberger: What troubles me is this notion of pressing ahead, this love of big things, this attitude that's also apparent during Google book searches. First they scan copyrighted works, and then they wait to see who reacts, and how vocal the reaction is. And if someone wants to enforce his copyright, they can go ahead and contact Google. I already criticized this approach and protested against it when I was a member of parliament. On the whole, I see a giant monopoly developing, largely unnoticed, in a case that's reminiscent of Microsoft.

SPIEGEL: You are now a cabinet minister. Do you plan to take any political action?

Leutheusser-Schnarrenberger: My first reaction is not to ban something, but to prevent it from happening in the first place. At the same time, my goal is to create transparency, and to ensure that users are informed about what happens to their data. In my view, this obligation lies with the companies in question, and there is still a lot of room for improvement in this regard. If this doesn't happen soon, we could find ourselves being called upon to take action as lawmakers.

SPIEGEL: Your approach will have the libertarian Internet community accusing you of censorship.

Leutheusser-Schnarrenberger: Not at all. Our goal is not to fully regulate the Internet. We strongly support self-regulation and creative approaches, such as the "Data Privacy Foundation" we have proposed, which can be very helpful in informing users about the data privacy problems associated with various products.

SPIEGEL: Do lawmakers in an individual country even have the power to do anything about global providers like Google? When European Union privacy advocates took that approach, the company's response was that they were out of their jurisdiction.

Leutheusser-Schnarrenberger: Those limits are certainly reached rather quickly on a country-by-country basis. But we also have forums like the G-20. I could easily imagine discussing a few basic standards within such bodies. It would also provide an opportunity to address countries like China, which have taken a very authoritarian approach to the Internet until now.

SPIEGEL: The FDP, as a party that is identified with civil liberties, feels a bit watered down these days, and this also applies in the debate over aviation security. Many were surprised that you did not fundamentally oppose full-body scanners.

Leutheusser-Schnarrenberger: All I said was that if scanners are ultimately introduced, they should no longer make the body visible, but should only image potential threat areas, and then we could talk about it. But only when that happens, and only under clear conditions. Privacy must be protected, and there can be no health risks whatsoever. I cannot tell you today whether and when such a device will become available. I haven't seen one yet.

SPIEGEL: It's a familiar pattern. There is an incident, and suddenly everyone is calling for new technology.

Leutheusser-Schnarrenberger: We should, in fact, start by analyzing what went wrong in this case. Simply saying that we will invest in technology and add it to the budget, and that we will be able to economize on personnel as a result, because it will be much cheaper in the long run -- it won't add up.

Leutheusser-Schnarrenberger: We have to broaden the discussion and start with an analysis of the mistakes that were made, because this case (the attempt Dec. 25 terrorist bombing of a Northwest Airlines flight from Amsterdam to Detroit) is truly curious: a one-way ticket, paid in cash, no luggage and the father's clear warning to the relevant government agencies. And yet none of that did any good. This only makes it clear to me that the great enthusiasm with which the Americans gather data doesn't improve security. I think it's imperative that we embark on a discussion of the training, qualification and compensation of airport security personnel ...

SPIEGEL: ... in other words, the aviation safety inspectors who usually work for private companies and, after completing a brief training program, are permitted to scan and pat down people, at wages starting at €6.50 ($9.40) an hour.

Leutheusser-Schnarrenberger: We have to examine whether this still meets our security standards, even if it is more expensive, as it most likely will be, to provide longer and better training for personnel. But investing in this area will pay off, if only because, in my view, we should focus more heavily on travelers -- that is, deliberately single out people who should be scrutinized more closely. That requires skill, and it's something no full-body scanner can do.

SPIEGEL: It's interesting to hear an advocate of civil liberties like you proposing the Israeli method of profiling. It could mean, for example, that young male immigrants traveling alone would be almost automatically channeled into a special inspection line. What happens if someone perceives this as discrimination and decides to take legal action?

Leutheusser-Schnarrenberger: I do see the risk of stigmatization, of course. That's why I say that better qualification and better equipment at checkpoints is absolutely necessary. Full-body scanners can only serve as an adjunct to such measures, if at all.

SPIEGEL: Before the election and the incident in Detroit, both you and the FDP were opposed to full-body scanners. Now you are outlining the conditions under which you could imagine their use. Why shouldn't civil rights activists, privacy advocates and FDP voters feel somewhat taken for a ride?

Leutheusser-Schnarrenberger: If the devices that could now be put into use were so-called naked scanners, you would be right. That's why there will be no naked scanners if we can help it. 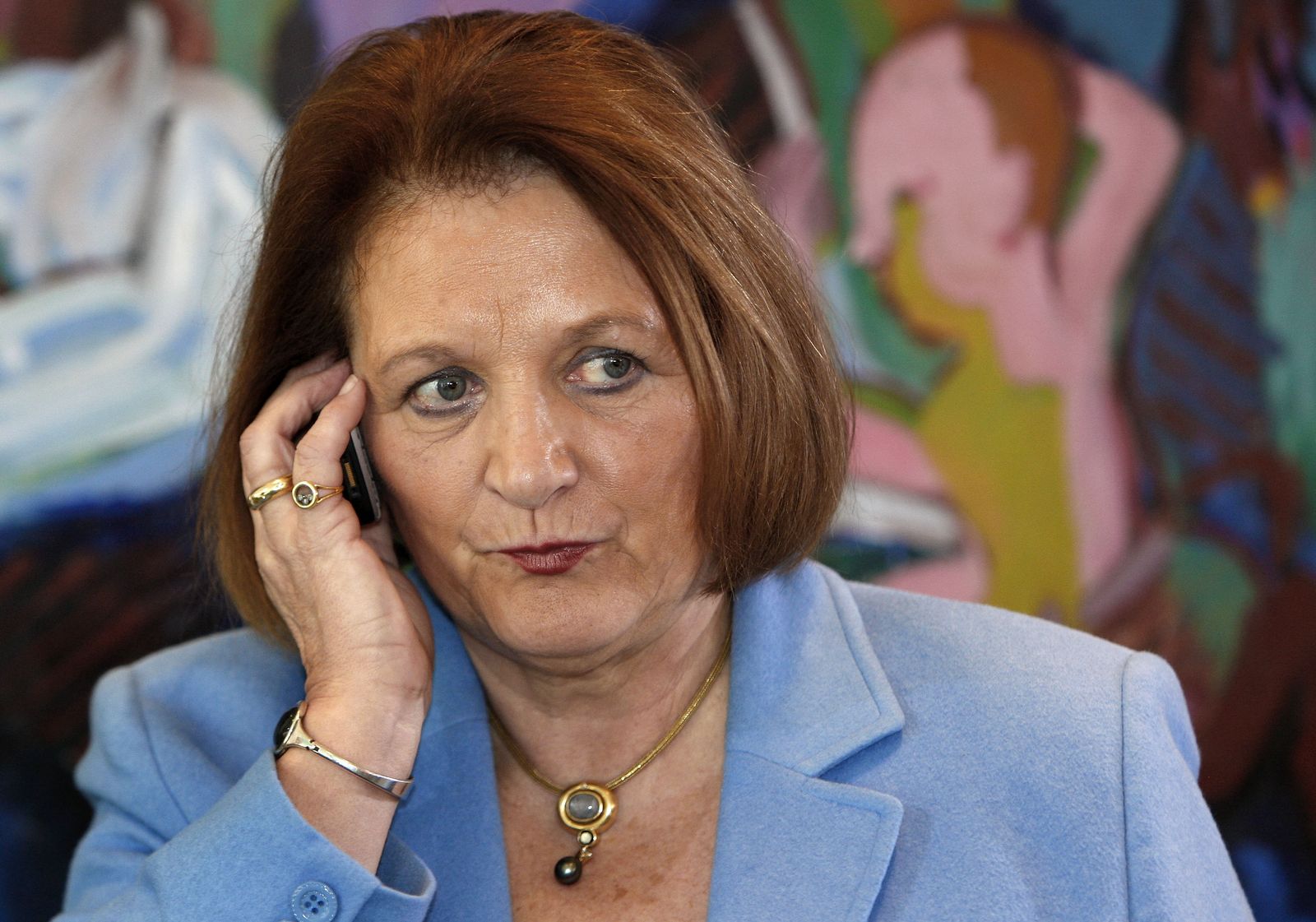 "What troubles me," says Leutheusser-Schnarrenberger (picture here), "is this notion of pressing ahead, this love of big things." On the whole, she adds, "I see a giant monopoly developing, largely unnoticed, in a case that's reminiscent of Microsoft." Leutheusser-Schnarrenberger also criticized Google's approach with Google Books, whereby it is scanning countless books and making them available online and putting the burden on authors and publishers to make copyright claims. 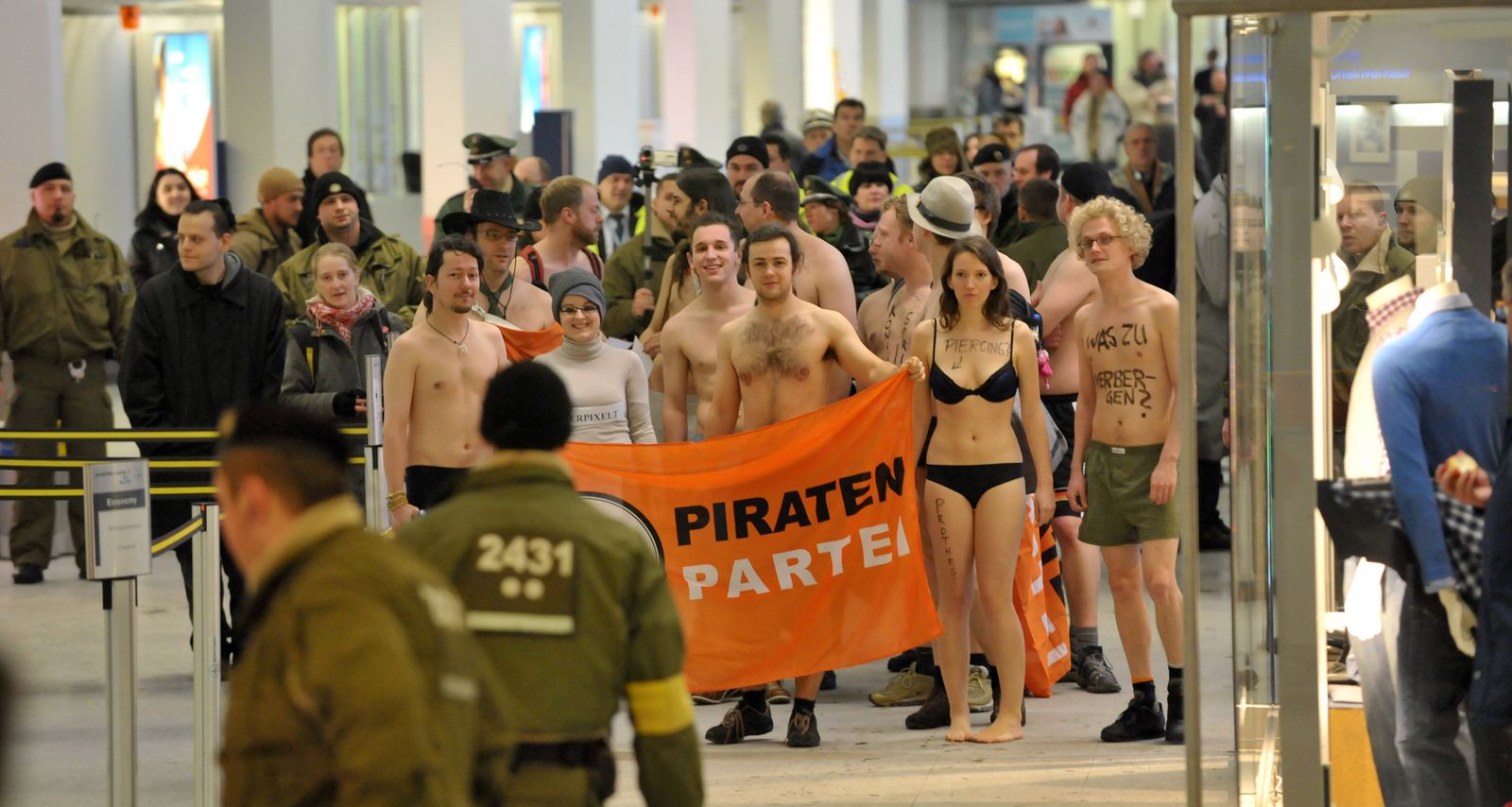 In Germany, the Pirate Party held a protest on Sunday at Berlin's Tegel Airport against calls for the introduction of full-body scanners, which are being referred to in the German media as "naked scanners." Leutheusser-Schnarrenberger said in her interview, "there will be no naked scanners if we can help it."