Lawmakers in Berlin have been given the green light to file a complaint with the country's highest court seeking to ban the far-right National Democratic Party (NPD) following a Friday vote by Germany's upper legislative chamber, the Bundesrat, on the issue.

The approval of the legal bid to ban the right-wing extremist party comes after governors of the 16 states had already agreed on supporting the measure earlier this month. They recommended that the Bundesrat, which represents Germany's 16 states, do the same.

"We are convinced that the NPD is unconstitutional," said Christine Lieberknecht, the governor of the eastern state of Thuringia and a member of Chancellor Angela Merkel's conservative Christian Democratic Union (CDU), who added that the far-right party was aggressively pursuing its goals.

Their existence, she alleged, had created the intellectual breeding ground that produced the National Socialist Underground, the neo-Nazi terrorist cell allegedly responsible for the murder of nine small business owners of Turkish and Greek origin, as well as a police officer. Such a party should no longer be recognized as legitimate or supported with taxpayer money, she added.

But one state, Hesse, abstained from the Bundesrat vote, with Hessian Justice Minister Jörg-Uwe Hahn citing fears about how a failure of a ban attempt could actually strengthen the party, or be rejected by the European Court of Human Rights.

In a statement, Hesse Governor Volker Bouffier and Justice Minister Jörg-Uwe Hahn said state officials had not presented an obstacle in the vote and that "fighting right-wing extremism, especially the NPD, is the permanent task and a high priority for all democrats and must be pursued at all levels of society and politics." The politicians warned, however, that "procedures to ban the NPD cannot replace a comprehensive battle" against right-wing extremism. "A succesful procedure to ban (the party) would neither cause the right-wing extremists to disappear nor would it effectively counter the danger that replacement organizations would be created."

A prior legal bid to ban the party -- supported by the Bundesrat, the Bundestag, and the federal government -- failed in 2003. The Federal Constitutional Court threw out the case because of the extent to which government informants had infiltrated the party at its highest levels. The court argued that the far-right party's policies were being formed, in part, by government informants.

Federal authorities cut their ties to government informants in the party this year in order to help pave the way for another ban attempt at the Federal Constitutional Court. But Merkel and members of her cabinet, including Interior Minister Hans-Peter Friedrich, are skeptical that another attempt would succeed in banning the party and remain concerned that a failed bid would only serve to further embolden members of a party that has been described as "anti-Semitic, racist and xenophobic" by Germany's domestic intelligence agency.

Berlin Mayor Klaus Wowereit of the center-left Social Democratic Party (SPD) admitted on Friday that a renewed ban attempt was not without risk, but added that the case has been carefully assembled and the proof of the party's unconstitutionality is overwhelming.

Fellow SPD member Torsten Albig, the governor of the northern state of Schleswig-Holstein, echoed his support. "We are protecting ourselves with legal means against a brown horde that wants to abolish our democracy," he said, referring to the color of uniforms worn by top-level Nazis.

Whether Germany's parliament, the Bundestag, or the federal government will approve the proposal from the states remains uncertain. The Bundestag is set to address the issue in the first quarter of 2013.

The tiny NPD has never surpassed the hurdle of five percent of the vote to gain representation in the Bundestag, but it does hold seats in two eastern German state parliaments. Party membership has been slowly declining since 2007. 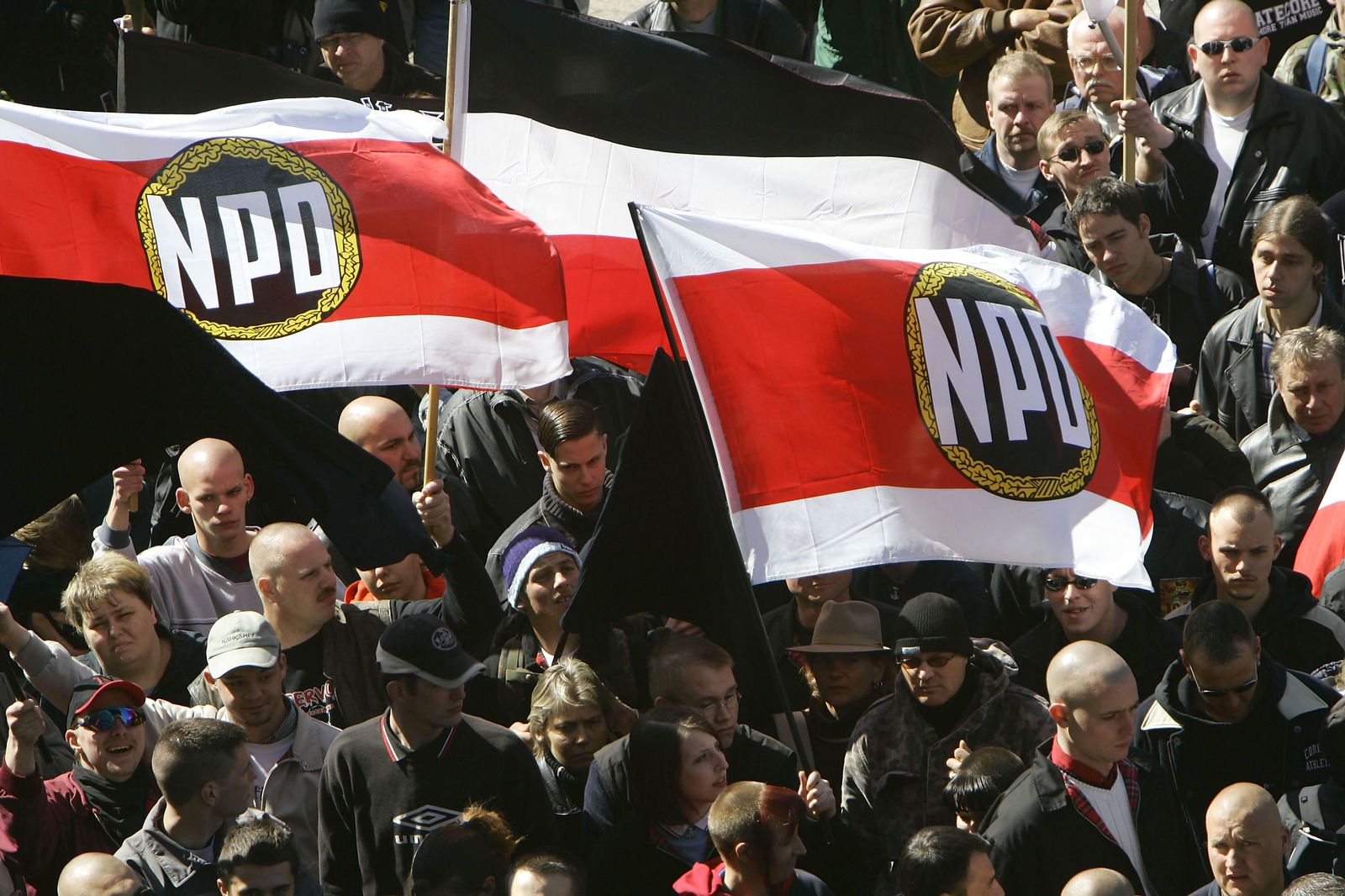 Supporters of the National Democratic Party attend a rally: "We are convinced that the NPD is unconstitutional."