Federal authorities are consulting with national rail provider Deutsche Bahn and German airports about how to carry this out to prevent the possibility of future attacks, he says in an interview with SPIEGEL ONLINE on Thursday.

Friedrich, a member the conservative Christian Social Union (CSU), the sister party to Chancellor Angela Merkel's Christian Democrats (CDU), also explains his fears of a lone wolf attack in the country, and discusses concerns by authorities that Germans now fighting with rebels in Syria might return to Europe to carry out jihad.

SPIEGEL ONLINE: Minister Friedrich, in Boston bombs exploded at the marathon and in Canada authorities say they prevented an attack on a train line. Is the terrorism of 12 years ago, after 9/11, coming back?

Friedrich: Unfortunately, terrorism never disappeared. Again and again there were attempts to carry out attacks, which we luckily were able to thwart. In Boston all indications are pointing to a dangerous phenomenon, which is causing us growing concern. Instead of large organizations, we will now be attacked by lone wolves and small groups who radicalize themselves. That is very unsettling.

SPIEGEL ONLINE: Does this type of attacker worry you more than the threat of a larger al-Qaida plot?

Friedrich: We have a better chance of getting clues and information on plots involving large-scale logistical planning. With single actors, it is more difficult. It is hard to find the person who is watching propaganda videos on their computer at home, becoming increasingly isolated and starting to plan an attack. The case of Arid Uka, the attacker from the Frankfurt Airport in 2011 [who killed two US airmen and injured two others], shows us how this phenomenon has also made it to Germany.

SPIEGEL ONLINE: Is there the threat of attacks like Boston's in Germany?

Friedrich: There is no such thing as 100 percent security. We are trying, with our tactical analysis, to stay one step ahead of possible attackers.

SPIEGEL ONLINE: One of the attackers in Boston was made known to the FBI years ago. In Germany, he would have presumably been classified as a so-called Gefährder [those under observation due to a risk of committing crimes, including terrorism], because of his views. Are you now taking a closer look at these individuals?

Friedrich: After attacks like those in Boston, we will naturally take a close look to see what we can learn from the results of the investigation. We have been actively exchanging information with the US about the attacks, and as of yet, we have found no trails leading back to Germany. The counter-terrorism database, which the Federal Constitutional Court recently said was compatible with the Basic Law, is an essential means by which we keep an eye on the extremist scene. Nevertheless, because of that recent court decision we will soon have to remove people from the database who "only" advocate violence.

SPIEGEL ONLINE: After the marathon attack, you called for more video surveillance. How is it that on such occasions conservative interior ministers always come to this allegedly easy solution?

Friedrich: The attackers in Boston were relatively quickly identified because of video footage. Images and video sequences are therefore decisive in this situation. It could be images from security cameras or cell phone videos and recordings from citizens at the scene of the crime. Only when we link these elements quickly together, will we identify the attackers, and, as was the case in Boston, prevent them from committing further attacks. Video surveillance is also a suitable tool for gathering information about and preventing future attacks. Therefore, we should also use it more in Germany. That is based on the long-term experience of the police, and should no longer be an issue of political parties.

SPIEGEL ONLINE: The widespread use of video surveillance in the US could not prevent these attacks. On the contrary, the attackers seemed to be fully aware of the surveillance.

Friedrich: Suicide bombers, who have calculated their own deaths in the planning of the attack, won't be scared off by video cameras.

SPIEGEL ONLINE: So, are cameras ineffective in fighting terrorism?

Friedrich: That would be a false conclusion. If we can, for example, arrest the attackers after the first incident, then they cannot attack a second or third time. That alone is an achievement. In addition, cameras can be used to illuminate plans in the run-up to attacks. I remain firm in my position that video surveillance, albeit as a part of a complex security strategy, is an important tool for us.

SPIEGEL ONLINE: How do you want to strengthen the surveillance?

Friedrich: We are currently in intense discussions with Deutsche Bahn about improving surveillance at train stations. Similar discussions are underway with airports.

SPIEGEL ONLINE: It is presumably primarily about the money.

Friedrich: The initial purchase of cameras with recording capabilities, a good analysis of the images, and keeping them permanently in operation is expensive, and the national railways, airports, and fast-food restaurants should all be interested in having more security. I hope, therefore, to reach a consensus.

SPIEGEL ONLINE: What is the federal government contributing?

Friedrich: In the 2013 budget we have already allocated money for the expansion of video surveillance. I hope that it works out to have additional funds available in the 2014 budget.

Some Germans Have Joined Rebels in Syria

SPIEGEL ONLINE: Federal Constitutional Court President Andreas Vosskuhle has urged more prudence when it comes to video surveillance. You have attacked him for this. Is it time for an apology?

Friedrich: I have not personally attacked anyone, but have made an appeal that anyone who wants to be involved in making federal policies should run for the Bundestag.

SPIEGEL ONLINE: Changing the subject, last year you posed for photos with the rapper Bushido, who has since made headlines for his connections to organized crime.

Friedrich: The singer was introduced to me at a party last summer as the winner of an integration prize, and we were photographed together. Later, I was made aware of his website, which denied Israel's right to exist, and already then I called on him to take responsibility for it. Especially a singer with a large following among young people should not do something like that.

SPIEGEL ONLINE: Have you since been embarrassed by the photo?

Friedrich: There won't be any further photos of me with Bushido.

SPIEGEL ONLINE: Currently, the tax scandal surrounding Uli Hoeness is dominating public discussion. What cue can be taken from a case like that?

Friedrich: Uli Hoeness has done a lot for German soccer, for many small clubs, for young people and people in need, and still deserves credit for that. But he must answer for the mistakes made in relation to the tax evasion.

SPIEGEL ONLINE: Chancellor Merkel has communicated that she is disappointed with Hoeness.

Friedrich: Uli Hoeness is someone who, because he is straightforward, open and sometimes has made provocative statements, has been very popular with the public. It is too bad that we now have to see another side to him.

SPIEGEL ONLINE: Do such cases, which generate a lot of publicity, help further the discussion of tax evasion?

Friedrich: I welcome everything that helps encourage people to pay their taxes.

SPIEGEL ONLINE: A last question on the topic of Syria. Intelligence agencies around the world have been warning that the conflict will become a magnet for foreign jihadists. Are there German fighters in Syria?

Friedrich: We know that jihadists from Germany, whom we were already watching here, are spending time in Syria and fighting on the side of the rebels. We also know of calls for those Europeans who have been trained in battle to return home and pursue jihad. We are following this development with great concern. 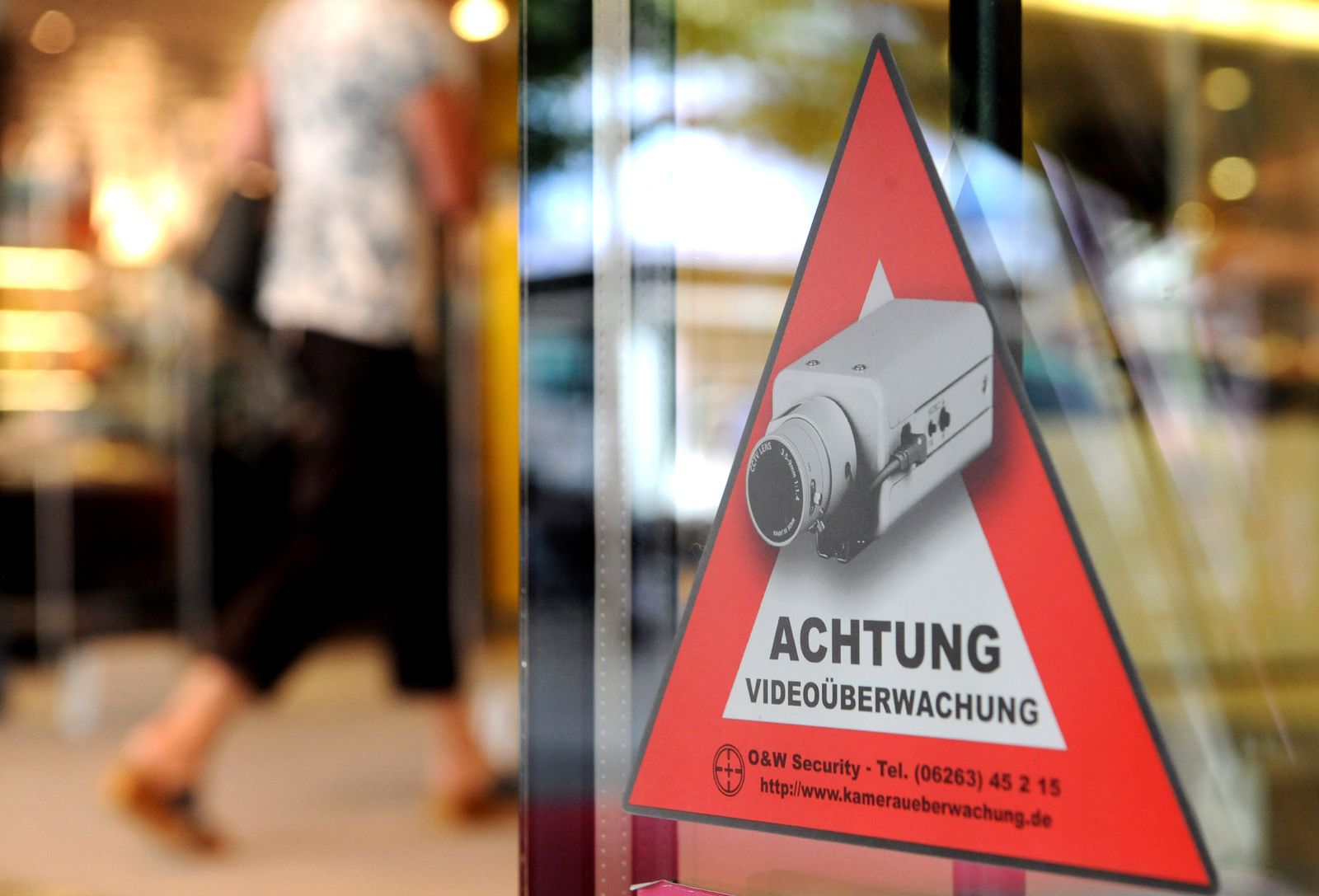