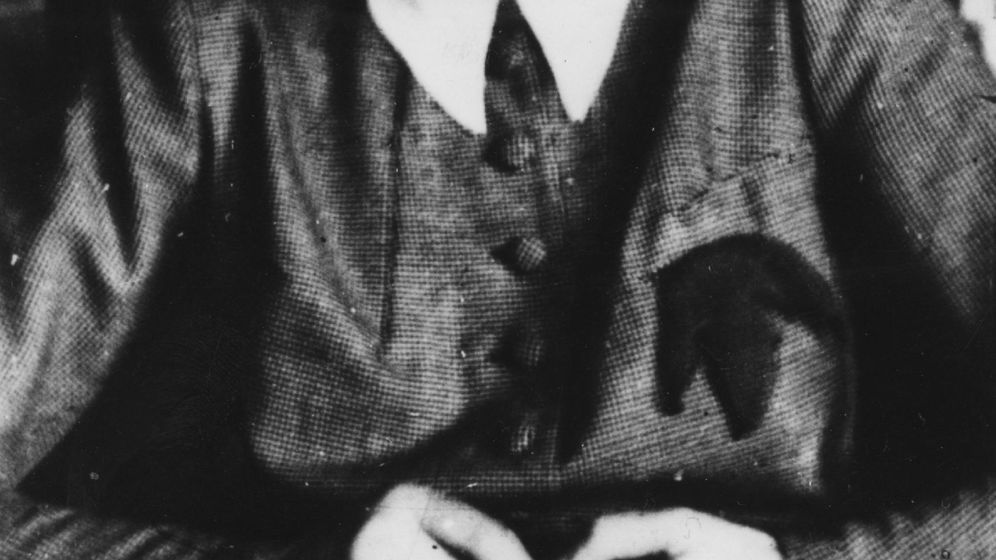 Photo Gallery: Germany May Honor Agent Who Spied for Stalin

When US Secretary of State John Kerry, British Foreign Secretary William Hague or the top diplomats of other nations visit their German counterpart in Berlin, they have to take an elevator to the first floor. As they get out, if they look to the left, they will see a white wall on which 12 names are listed: German Foreign Ministry staff murdered by the Nazis and honored as "active resistance fighters." Soon a thirteenth name may be added to that list: Ilse Stöbe.

She is probably the most controversial of the German opponents to Hitler's regime. But the Munich Institute for Contemporary History (IFZ) has submitted a report to outgoing Foreign Minister Guido Westerwelle urging the ministry to honor Stöbe. For more than half a century, opinions on her have been divided.

Stöbe worked in the ministry's information department for several months in 1940. In 1942, she was beheaded in Berlin's notorious Plötzensee jail. The educated, attractive and courageous journalist was one of the most important German spies working for Soviet dictator Joseph Stalin. She repeatedly warned Stalin's military intelligence service, the MRU, about the looming German assault on the Soviet Union. So the core of her resistance activities consisted of the betrayal of secrets. Should the German government honor such a person?

Germany political parties have been debating the issue in recent years. The opposition Left Party in particular has been calling for Stöbe's inclusion and now has the IFZ institute's assessment to back its argument. IFZ historian Elke Scherstjanoi wrote that the "conditions for a public honoring of Ilse Stöbe in Germany are given." She goes as far as to place the agent alongside the siblings Hans and Sophie Scholl, students who were executed in 1943 for distributing flyers against the war and Hitler.

The shortcoming of the the IFZ report is that Scherstjanoi didn't have access to the archive of the Russian Defense Ministry where important GRU documents are stored.

That means central questions remain unanswered. For example, how should one judge the fact that Stöbe had already been recruited for the GRU by her friend, the journalist and communist Rudolf Herrnstadt, in 1931, when Germany was still a democratic republic that Hitler's Nazis and German communists steered by Moscow were keen to undermine.

Stöbe, 19 at the time, worked as a secretary for the Jewish author and journalist Theodor Wolff, then the editor of the liberal, democratic Berliner Tageblatt newspaper. She passed on inside information, mainly newsroom gossip, to a GRU agent she met on a weekly basis. There's nothing honorable about that. When Wolff fled after Hitler came to power in 1933, Stöbe quit the newspaper and traveled around Europe, presumably as a courier for the GRU, and wrote articles published in Switzerland's Neue Zürcher Zeitung and other newspapers.

Then she moved to Warsaw where her friend, Herrnstadt, was busy obtaining information from the German diplomat Rudolf von Scheliha, who mistakenly thought Herrnstadt was spying for the British. After Germany's invasion of Poland in 1939, Scheliha returned to Berlin. This was the high point of Stöbe's espionage activities. She followed Scheliha back to Berlin and, assuming the cover name "Alta," took over the running of the diplomat. Moscow would ask detailed questions, for example on Germany's policy towards Italy and on troop concentration areas. Scheliha's information was so valuable that the Berlin GRU resident said Stöbe was "utterly indispensable."

But can this espionage be rated as resistance? After all, Hitler and Stalin were allies between 1939 and 1941 when they carved up Eastern Europe among each other. Should a Polish foreign minister visiting Berlin be confronted with a memorial plaque citing Stöbe's name even though she formally worked for Hitler, and de facto for Stalin, during Poland's darkest hour?

Posthumous Order of the Red Banner

On the other hand, you don't find many squeaky-clean democrats among Germany's resistance fighters. Many of the celebrated plotters behind the failed attempt to assassinate Hitler on July 20, 1944 had previously been glowing fans of Hitler -- even Claus Schenck Graf von Stauffenberg, an officer at the center of the plot, had admired him. And the Foreign Ministry has honored other spies such as Fritz Kolbe, who worked for the Americans. Former Foreign Minister Joschka Fischer of the Greens even named a room after him. Cooperating with Hitler's enemies was one of the ways to topple the dictator.

The problem in Stöbe's case is that Stalin only became an enemy of Hitler after the German assault on the Soviet Union in June 1941 -- and according to the IFZ report, Stöbe's intelligence activities then ceased. The closure of the Soviet Embassy in Berlin in the wake of the assault meant that agent "Alta" could no longer contact her handlers. When the GRU tried to get in touch with Stöbe, it did so in such an amateurish way that Stöbe was discovered and arrested.

The Soviet Union posthumously awarded its agent the "Order of the Red Banner" in 1969. The German Foreign Ministry must now decide whether it too will honor her. It would be easier if the ministry had access to documents showing all the information the spy passed on to the GRU.

Some historians in the Foreign Ministry have suggested that the text of the memorial wall should be amended. "We should commemorate all staff of the Foreign Ministry who fell victim to the Nazis, not just the supposed or actual resistance members," said Martin Kröger, Nazi history expert in the ministry's political archive.

In that case, Ilse Stöbe's name would have to be included.