The third day of the trial of neo-Nazi Beate Zschäpe, accused of complicity in racially motivated murders, brought another flurry of motions from the defense and heated exchanges across the courtroom floor.

• politicians had interfered in the controversy surrounding media accreditations for the trial.

• the case had already been prejudged because the government had paid out €900,000 ($1.1 million) to the families of the victims -- from a state fund dedicated to the victims of far-right extremism.

• because a square in the city of Kassel had been renamed after one of the victims, a Turkish man shot dead in his father's Internet cafe.

• and because the court and the Federal Prosecutor's Office had failed so far to shed light on the shredding of intelligence files on far-right investigations.

Zschäpe is alleged to have formed the National Socialist Underground (NSU) terrorist group with Uwe Mundlos and Uwe Böhnhardt and to have been complicit in killing eight men of Turkish descent, one Greek man and a German policewoman between 2000 and 2007.

Four alleged accomplices are on trial with her. Mundlos and Böhnhardt committed suicide in November 2011.

"The public is already convinced that Uwe Böhnhardt and Uwe Mundlos are guilty," argued Nicole Schneiders, the defense attorney of Ralf Wohlleben, one of the defendants. That posed an insurmountable obstacle to the trial, she argued in a lengthy speech that involved reading out long quotes from media reports.

Her statement triggered a heated exchange with lawyers for the co-plaintiffs and judge Manfred Götzl. The court echoed with bitter laughter and angry exclamations that poisoned the atmosphere.

At one point, one of Zschäpe's three defense attorneys, Wolfgang Heer, called on the court to establish order and said it was unacceptable that people were laughing at him. At which Harald Diemer, the chief federal prosecutor, retorted: "Laughter is a reflex!" Then another Zschäpe attorney, Wolfgang Stahl, stormed out of the courtroom in apparent disgust.

The trial had resumed on Tuesday after an eight-day adjournment during which the court considered -- and rejected -- a defense motion to replace the judge on the ground that he was biased because he had ordered defense lawyers to be frisked before entering the courtroom.

On Tuesday, Dimer read out the charges against Zschäpe in chilling detail. She remained motionless and expressionless.

The police never seriously considered that the motive may be racismand instead suspected that the victims themselves had links with criminal gangs.

A little goodwill and a bit less hotheadedness would go a long way to calming down the proceedings. Yet the judge, Götzl, appears to find it difficult not to rise to every provocation. It's the third day of the trial, and all sides should be settling in by now. But there's a growing sense of tension. Admittedly, it's an unviable task for any court -- dealing with four prosecutors, 11 defense attorneys and more than 60 attorneys representing the victims' families.

On this third day of the trial, the morning is focused on a purely legal problem -- who sits on the judge's bench. Motions against the judges are difficult. They have to be made straight after the charges have been read. A defense that botches this aspect of the trial is doing a bad job.

As if the trial weren't complex enough, one lawyer has filed a motion to bring in even more co-plaintiffs -- people injured in a 2004 nail bomb attack targeting immigrants in Cologne, also believed to have been the work of the NSU.

Some 70 people were not informed of their right to take part in the trial, the lawyer complained.

The daunting prospect of even more plaintiffs and lawyers prompted Götzl to suggest separating the complex nail bombing case from the rest of the trial -- should more victims actually come forward. 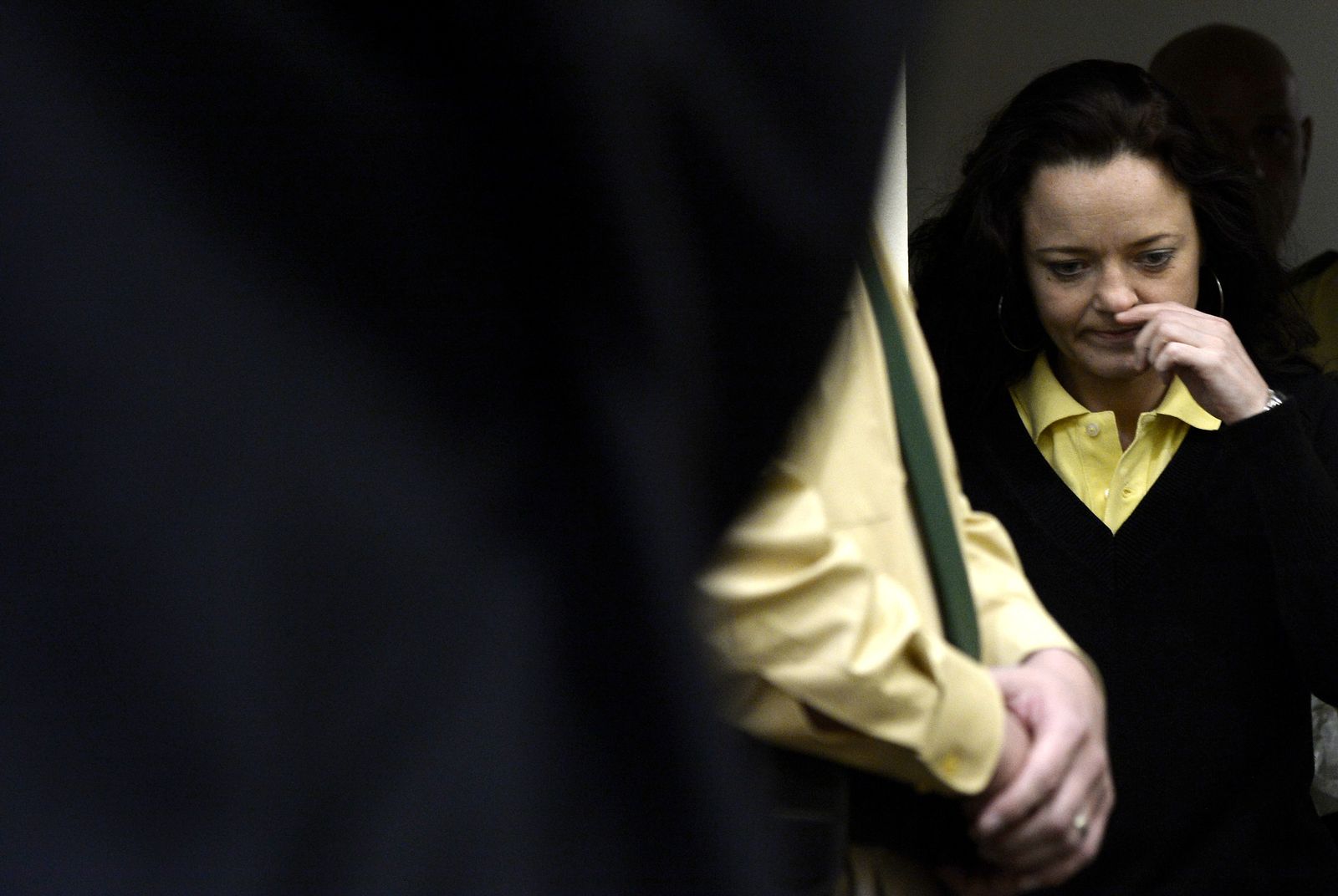 Beate Zschäpe is on trial for involvement in the murders of 10 people.