The radio message that reached a police patrol in the eastern German state of Brandenburg on the evening of March 22 sounded at first like a routine incident. A man had been found unconscious in his bed in a hotel in Herzberg, a village around 60 kilometers (40 miles) northwest of Berlin.

By the time the officers entered room number 15 at the "Weisses Haus" ("White House") pension, a doctor had already confirmed that the guest was dead. There were no signs of violence on the man's body. He had apparently died of a heart attack.

With no evidence of foul play, it looked like an open-and-shut case -- except for one small detail. The police also found a military backpack in the room containing an arsenal of weapons. It contained three guns, including a 7.65 mm pistol and a converted American submachine gun with a telescopic sight, as well as about 300 cartridges for various calibers of weapons. The identity of the dead man also proved to be highly interesting. He was Jörg Lange, an activist in the far-right scene with a police record, who was born in 1966 in the northeastern state of Mecklenburg-Western Pomerania.

Three months later, the authorities are trying to answer several questions. What was the man planning to do with the weapons? How did the arsenal come to be in his room at the guesthouse? And, most explosively of all, had a new militant neo-Nazi group formed close to the German capital, just months after the discovery of the Zwickau cell, which is believed to have murdered at least 10 people?

On Saturday, police took action, carrying out raids in the states of Brandenburg, Berlin and North Rhine-Westphalia, where they searched private homes and the premises of a far-right mail order company. A total of 56 officers were involved in the operation, which was led by the Brandenburg State Office of Criminal Investigation and the Neuruppin public prosecutor. The raids were targeted at five suspects who are accused of illegally possessing weapons and forming a militant group. During the raids, the police seized computers, documents, an air gun and starting pistols. They did not find any more dangerous weapons, however.

The discovery of the corpse in the Weisses Haus has long been common knowledge in Herzberg, population 660. According to locals, right-wing extremists wanted to set up a far-right training center in the guesthouse.

In the spring of this year, a woman had leased the 4,500-square-meter (48,500 square feet) property, which includes offices, meeting rooms and guest rooms. She reportedly told the unsuspecting owners that she wanted to offer computer courses and seminars on alternative lifestyles.

Investigators believe, however, that it was actually the new tenant's boyfriend who was interested in the property -- and that he had very different plans for the guesthouse. The man, Meinolf Schönborn, has been regarded as a key figure in the German neo-Nazi scene for over three decades. Schönborn was also one of the five suspects targeted in Saturday's raids.

In the early 1980s, Schönborn held high-level positions in the far-right National Democratic Party of Germany (NPD) and its youth organization, the Young National Democrats (JN). He later led the Nationalistic Front (NF), which was banned in 1992 because of its plans to establish paramilitary units.

Schönborn currently runs a far-right mail order business. Its website proudly lists his brushes with the law ("68 house searches, multiple prosecutions and a 27-month prison sentence"). In addition to far-right clothing and ornamental weapons, his online store also sells extremist propaganda leaflets from the far-right group Neue Ordnung ("New Order"). Several of these pamphlets name Jörg Lange -- the dead man from the guesthouse -- as the person responsible for the publication under German press law.

According to witnesses, Lange apparently checked into the guesthouse, which is in a quiet location, about three weeks before his death. He reportedly needed to make himself scarce from his Berlin apartment. Public prosecutors repeatedly had him in their sights on suspicion of inciting racial hatred.

In an office in the guesthouse that Lange used, investigators discovered "New Order" leaflets, files which mentioned the former far-right terrorist Manfred Roeder, a bulletproof vest, batons and a dagger decorated with Nazi symbols.

Investigators have discovered that Lange met with other right-wing extremists just a few days before his death. They include Jan G. from Berlin, who Lange knew from the old days in the Nationalistic Front. G. is listed as a "right-wing criminal" in official records. G. claims that he had arranged another meeting with Lange five days after his first visit. When Lange did not open the door, G. broke it open, discovered the lifeless body and called the emergency services.

One of Meinolf Schönborn's right-wing publications has since published an obituary to the late Lange, who apparently spent time in a prison run by the East German secret police, the Stasi, as a young man and later became a "committed Nazi." According to the obituary, Lange went on to fight as a volunteer in the Yugoslav war on the Croatian side. The right-wing extremist is praised as "an excellent graphic designer, computer expert and leader." His death, the text continues, is not only a "personal loss" but also represented a severe "organizational and political" setback for the project to develop the training center.

Indeed, the discovery of the weapons and the subsequent investigation is unlikely to have gone down well in the far-right scene. The planned training center in Herzberg will not happen. After learning of the background to the lease, the owners have cancelled the contract. The property is now up for sale.

In the garden, someone has hoisted a tattered flag of the state of Brandenburg. It is flying at half-mast. 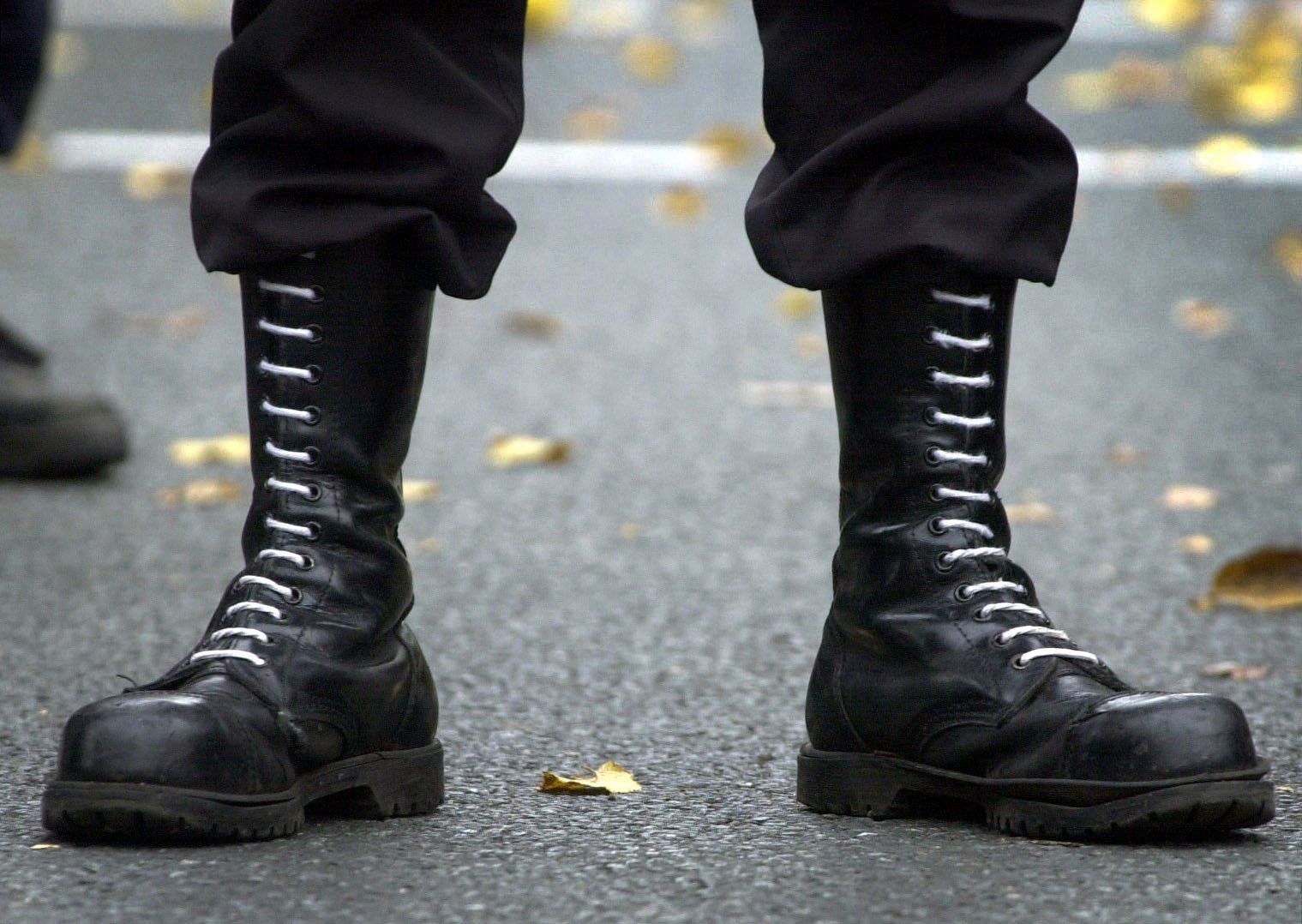 Over the weekend, police in Germany carried out raids into a possible right-wing extremist group in the states of Brandenburg, Berlin and North Rhine-Westphalia.