As Germans become increasingly uneasy about the potential price tag for bailing out a struggling Greece, the country's parliament in Berlin on Friday approved by a wide margin the latest measures aimed at ensuring that the euro zone's weakest member doesn't drop out of the currency union.

By a vote of 473 to 100, German lawmakers approved the package of measures hammered out by euro-zone finance ministers in late-night negotiations earlier in the week. While 23 lawmakers belonging to Chancellor Angela Merkel's governing coalition rebelled, the opposition Social Democrats (SPD) and the Greens voted in favor of the package as expected. The vote also clears the way for the next tranche of emergency aid, worth €44 billion ($57 billion), to be paid out to Athens.

The aid package includes a cut in interest rates Athens must pay on loans already received as well as an extension on the periods of those loans. It also includes a debt buyback program, which will see Greece repurchase sovereign bonds for a fraction of their face value.

It is hoped that the measures will shrink Greece's overall debt burden to a level of 124 percent of gross domestic product by 2020 and even further in subsequent years. It is projected that Greek debt will spike to 190 percent of GDP next year before beginning to fall. But the measures stopped short of outright debt forgiveness of the kind that many think will become necessary to shrink Greek debt to a level that will be sustainable in the long term. Indeed, the International Monetary Fund (IMF), heavily involved in efforts to bail out Greece, had been insisting on just such a debt cut before ultimately giving in to political realities in Europe on Monday night negotiations in Brussels.

Still, the new measures will, for the first time, have a direct impact on Germany's budget. Reduced interest income combined with the decision to reserve profits earned by the European Central Bank -- which are then distributed to national central banks -- for the Greeks mean that Berlin's 2013 revenues will take a €730 million hit. Germany will be forced to do without billions more over the course of subsequent years.

Belying the overwhelming majority in favor of renewed aid to Greece in parliament on Friday, the vote had been accompanied throughout the week by strong criticism of Merkel's handling of the debt crisis. The SPD in particular has energetically accused Merkel of merely trying to buy time and push the issue of Greek finances off the agenda until after general elections scheduled for next autumn.

Such criticism played a significant role in parliamentary debate on Friday morning. SPD floor leader Frank-Walter Steinmeier said that a debt haircut for Greece was "economically unavoidable" and thundered in Merkel's direction: "You can postpone it until after Christmas, until after the Lower Saxony election, the Bavarian election or the federal elections. But it will come." In comments addressed at Finance Minister Wolfgang Schäuble, Steinmeier said that the package of measures was "not an enduring solution for the Greeks."

Peer Steinbrück, the SPD's candidate to take on Merkel in the 2013 race for the Chancellery, likewise sought to walk the fine line between voting for the aid packaged negotiated by the government, while still criticizing the government at the same time. "We will vote for it because we don't want our reliability as European partners left in any doubt. It has nothing to do with the government," Steinbrück said.

The new package of measures to assist Greece became necessary when European leaders agreed to give Athens two more years to achieve its budgetary targets earlier this month. In addition, Greece fell behind in its reform efforts early this year, partially the result of holding two general elections within just a few months. But the success of the new measures is also dependent on a significant improvement in results from the biting austerity measures Athens has pushed through, steps that have significantly worsened the economic situation of most Greeks and left the economy in tatters. Should the economy fail to show signs of life soon, the debt reduction targets set this month will prove illusory.

Still, Finance Minister Wolfgang Schäuble made it clear exactly what was at stake in Friday's parliamentary vote. Comparing Greece's situation to that of Eastern European countries following the collapse of communism and the Soviet Union, Schäuble said, "essentially, we are making a decision here on whether to continue or to interrupt aid to Greece -- with all of the consequences that such a step would have for the Greeks and for Europe."

What he meant was clear. If Europe withholds aid, Athens will go bankrupt and tumble out of the euro zone. Still, that is an eventuality that Germans would now accept. According to a survey released on Friday, some 46 percent of those surveyed are opposed to new aid to Greece, even if it means the country would become insolvent. Forty-three percent of those surveyed said they were in favor of additional assistance for Greece. 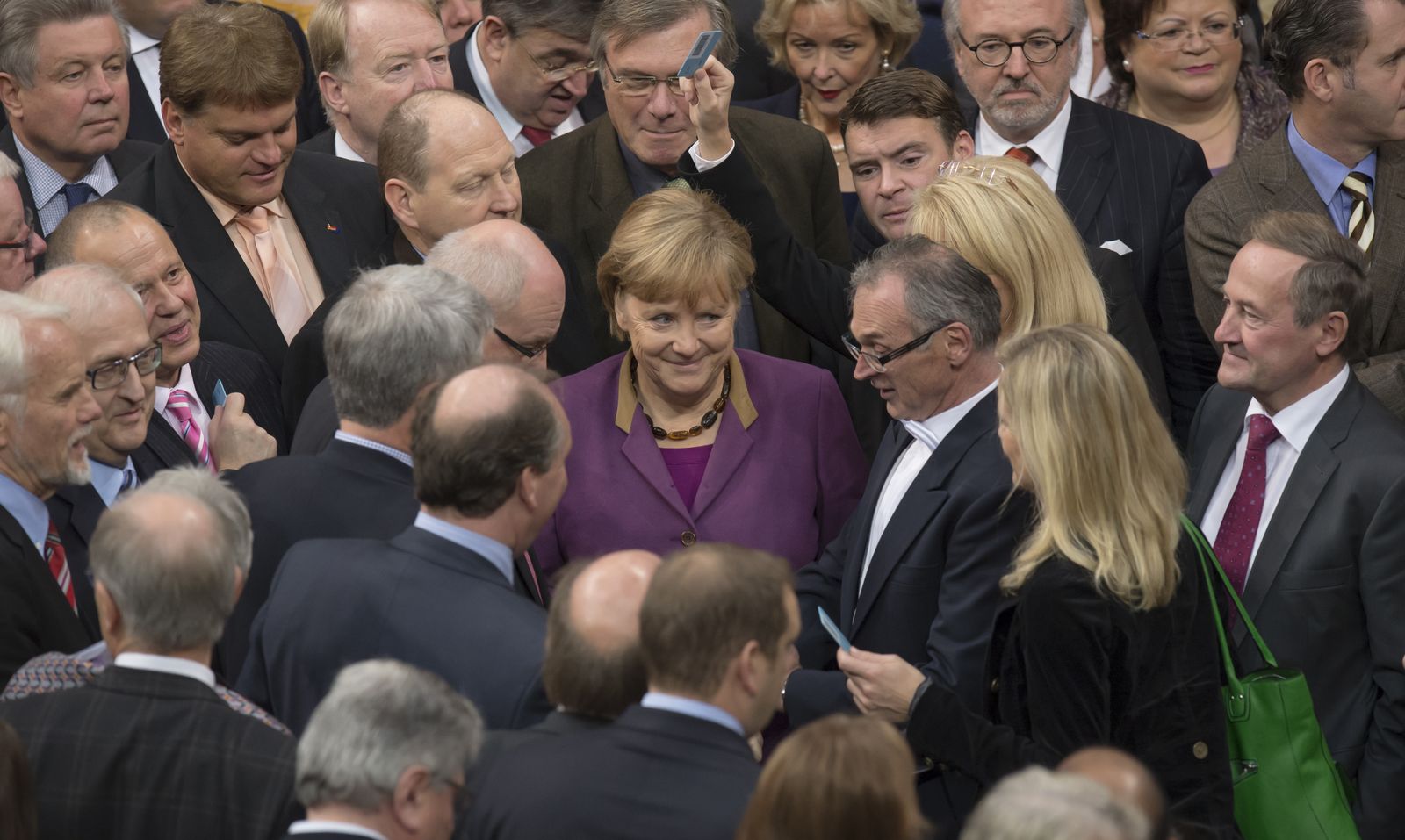