A storm of criticism is thundering down on Bishop Franz-Peter Tebartz-van Elst for his extravagance and lack of openness about the cost of his lavish residence. But it's not untypical of the Catholic Church. In 2010, when SPIEGEL asked all 27 German dioceses for information on their budgets and financial assets, 25 of them refused.

The bishoprics operate a sort of double accounting. On the one hand is their public budget which is largely fed from church tax. On the other side are their real assets, the diocesan wealth recorded in a kind of shadow budget that only the bishop and his closest aides are privy to. This wealth, accumulated over centuries, is invested in a range of assets such as real estate, church banks, academies or clinics. Add to that income from share ownership, foundations and inheritances. The diocese doesn't have to disclose these assets to the government.

"I know many Catholics who favor a reform of the financial structures, and for good reason," Kerstin Griese, a lawmaker for the opposition Social Democratic Party (SPD), told SPEGEL ONLINE. Griese, a member of the Protestant church, is an expert on religious affairs in the SPD's parliamentary group and demands far greater financial transparency "because the church relies on the faith of people more than any other institution."

She adds: "It makes me sad if Catholic aid and charitable organizations like Caritas are now suffering from the Limburg financial scandal because donations are going down."

Josef Winkler of the opposition Greens said the church in Limburg has suffered a huge loss of public confidence because of the controversy. "In order to restore confidence it's necessary to resort to action, not just words, to change things," he said. The church must disclose its accounts to show it's got nothing to hide, he added.

Only Vatican Has Power to Enforce Reforms

Tebartz-van Elst flew to Rome on Sunday -- with Ryanair -- for talks with Vatican officials and possibly Pope Francis that could decide his future. He faces calls to resign in Germany for a perceived extravagant lifestyle and a massive cost overrun on his luxurious new residence and diocesan headquarters which is likely to end up costing €31 million or more -- almost six times the original estimate of €5.5 million.

Barbara Hendricks, an SPD politician and a member of the Central Committe of German Catholics, said Catholics have every right to expect greater transparency on the income and expenditure of their dioceses. But she added that the problem lies less with existing rules than with the fact that "here and there, predominant practices leave something to be desired."

Joachim Poss, deputy leader of the SPD's parliamentary group, said: "The current events show that we will have to fundamentally rethink many state rules pertaining to the church.

However, lawmakers are unlikely to be able to enforce greater transparency. The German constitution states that the church has the right to administrate itself -- without state interference, Carsten Frerk, an expert on church finances, told SPIEGEL ONLINE. "Politicians can't do anything," he added.

If the church is made to disclose its shadow budget, church law would need to be amended, says Frerk, "and that's up to the Vatican." 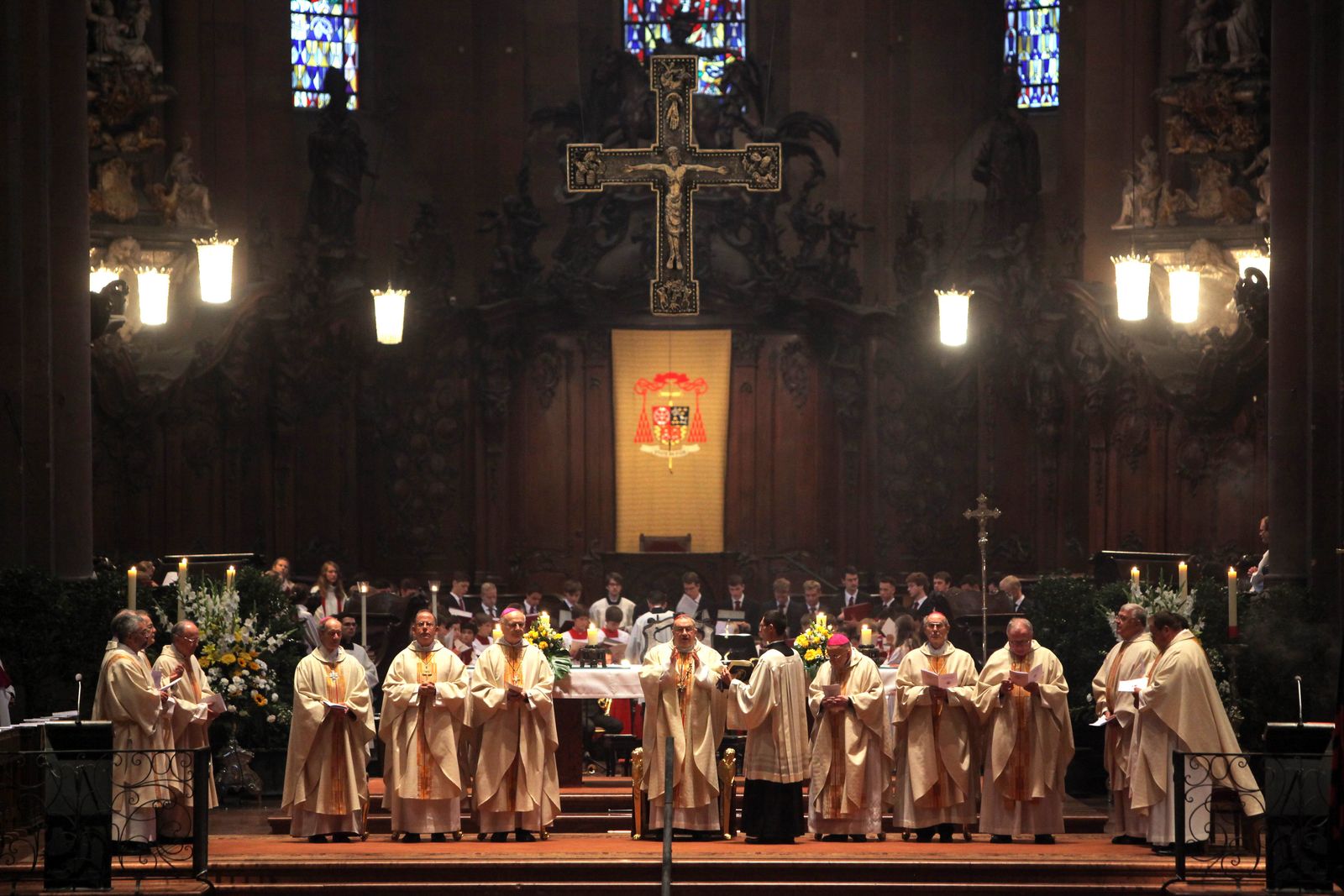 A Catholic service. Little is known about the financial assets of the church.