It was almost a disaster for Angela Merkel. In 2005, her conservatives enjoyed a robust lead of 21 percentage points in the public opinion polls that spring. Just days before the autumn election, it was still at a seemingly safe five percentage points. But on election night, her numerical advantage vanished almost entirely, with Chancellor Gerhard Schröder's Social Democrats climbing to within a single point.

It was a close call -- and it wasn't the only time that public opinion polls have overestimated Merkel's strength. In 2009, her survey lead once again failed to translate into election results, with her conservatives managing to hold onto the Chancellery despite their worst showing since 1949.

Elections are supposed to be the pollster's bread and butter, but survey groups in Germany have come under fire in recent years for providing what critics say is an inaccurate picture of voter intentions. And, with this year's vote just two weeks away, it is a lesson that is foremost in Merkel's mind.

"The experience of the past serves as a warning to say that good opinion poll numbers … aren't a guarantee of a good election result," said Hermann Gröhe, general secretary for Merkel's Christian Democrats (CDU), at a recent press conference.

Why, though, have German political surveys become so unreliable? Polling companies themselves are quick to place the blame elsewhere. "It's not about having faith in the polls. It's about understanding that they are nothing more than a snapshot of the increasingly fickle political mood," says Andrea Wolf of Forschungsgruppe Wahlen, the group which conducts election polls for German public broadcaster ZDF. "We cannot account for the increasing number of voters who make decisions at the very last minute, and the fluctuating results reflect that."

She might have a point. Pollsters say that the share of German voters who make up their minds shortly before casting their ballots -- some even on their way to the polling station -- has risen. At the end of August, one study found that fully 38 percent remained undecided, a number which provides plenty of room for pollsters to get it wrong.

But that's not all. Political apathy has been on the rise for some years now in Germany, reflected in falling turnout numbers. At just below 71 percent, turnout in 2009 was the lowest ever. Political pundits in the country say that one side effect of such apathy is eroding political party loyalty -- and the increasing liklihood that voters will change their minds at the last minute.

Finally, Germany's political landscape has become much more complicated in recent years. It used to be that the CDU and the center-left Social Democrats would dominate elections at both the regional and national level -- with the business-friendly Free Democrats (FDP) often serving as kingmaker. Later, the Greens and then the Left Party joined the fray.

Now, suddenly, two new mini-parties have emerged and threatened to inject an unprecedented degree of unpredictability into this year's election. Neither of the two newcomers -- the Pirate Party and the anti-euro Alternative for Germany (AfD) -- are currently projected to receive enough votes to leap the five-percent hurdle required for Bundestag representation.

But do we know that for sure? The standard margin of error on political polls, according to Forsa's chief political analyst Peter Matuschek, is two to three percentage points. That means that the strength of small parties in particular -- those hovering around the 5 percent level -- may be grossly misrepresented.

Furthermore, Matuschek adds, there is a large number of people whose real voting intentions are impossible to assess. "Interviewees may be embarrassed about voting for fringe parties -- they might even refuse to speak to us," he says. "There are dozens of factors that can skew the data gathering process, most of which are related to the country's unpredictable political mood."

In recent speeches, Merkel has warned supporters that they may experience a "rude awakening" if they place too much faith in election polls. It is a warning that belies her currently comfortable lead in the polls, with a survey released on Sunday showing that 40 percent support her conservatives against 25 percent for the Social Democrats. But she has learned just how tenuous such a lead might be.

So too has the German media. In a surprise move, ZDF last month announced its intention to publish a poll on September 19, just three days before the election. Though the German government does not place an official ban on polls on the eve of election day, the country's public broadcasters and some of its newspapers have until now adhered to an unwritten agreement that polls conducted within a 10-day period before the election should remain confidential.

"The ZDF's move is the ultimate sign that voter behavior in Germany has shifted irrevocably," says Wolf. "Others will no doubt follow suit. If the media really want to capture voter intention, they have no choice but to report data gathered just before the election." 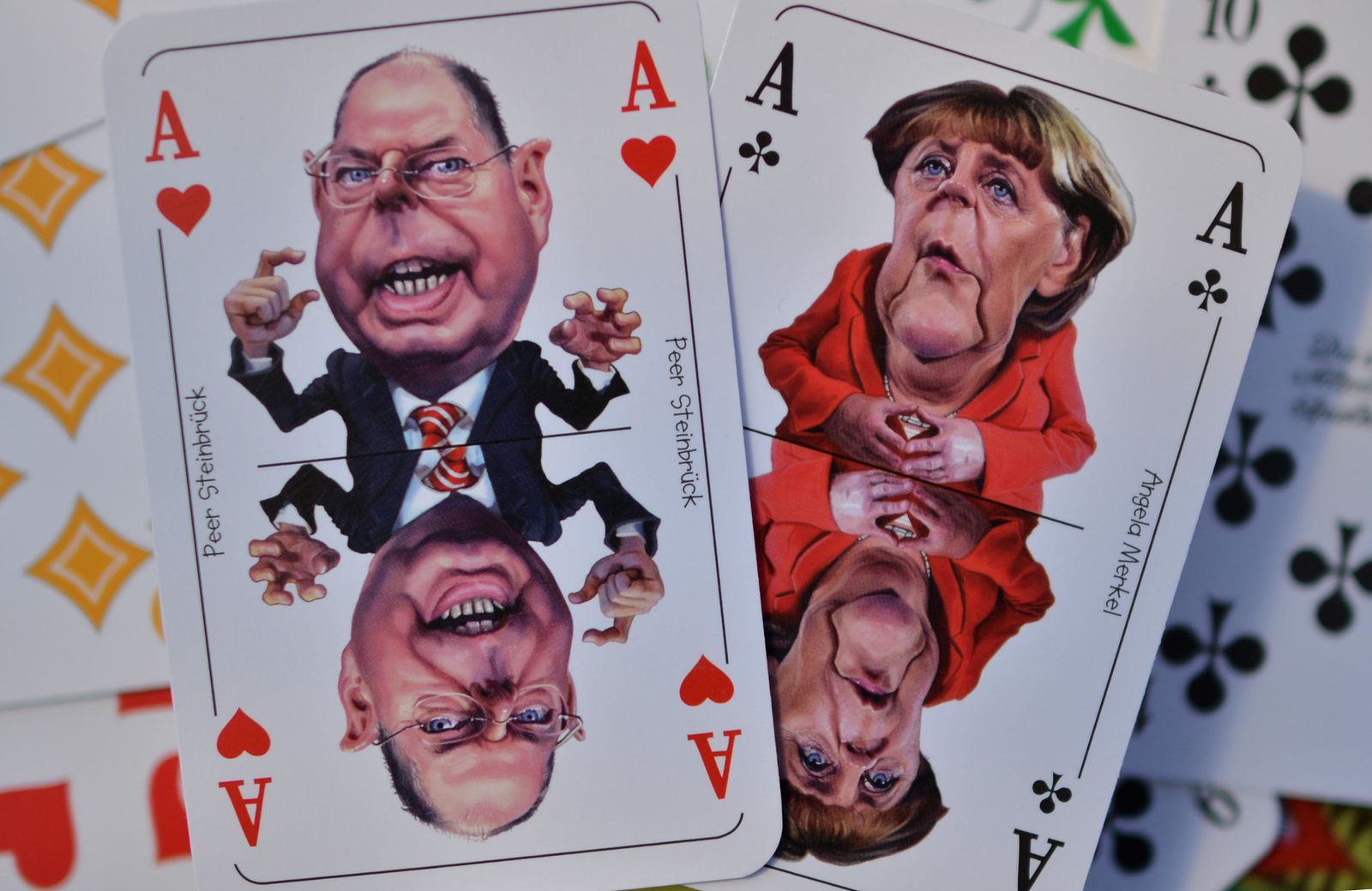 The increasing number of undecided voters in Germany is making it hard for pollsters to capture voter intention ahead of the election.