When he finally finished writing, he slipped his pen into his pocket and began to read his entry aloud. "If you have been here before, you should come back," he intoned. "Initially there is a flood of emotion, horror at the extent of evil, sympathy, empathy, mourning -- because of the fate of a single child or because of the millions of innocent victims."

The reading came at the end of Gauck's hour-long tour through the memorial on Tuesday, part of his four-day state visit to Israel. It is a trip that requires a significant amount of diplomatic expertise. Prior to his departure, many predicted it would be a litmus test for the new German president, who was inaugurated in late March after the scandal-laden departure of his predecessor Christian Wulff.

After all, German-Israeli relations are not without difficulties these days. A recent survey conduct by the Forsa research institute found that 58 percent of Germans consider Israel to be foreign. The German-Jewish publicist Michael Wolffsohn recently summed up the situation in comments to the daily Die Welt, saying that "the German-Israeli friendship is limited to a tiny portion of the political and media classes." The recent scandal over the Israel poem by German Nobel laureate Günter Grass, which was highly critical of Israeli threats to attack Iran, highlighted the difficulties that many Germans have with embracing Israel.

Not Happy with Progress on Peace

The challenge has always been that of balancing Germany's historical guilt for perpetrating the Holocaust with the more recently developed sympathy for the plight of the Palestinians. Chancellor Angela Merkel has walked this fine line with mixed results. In 2010, she declared that Israel's security was "a part of Germany's raison d'etre," a comment for which she was heavily criticized domestically.

She has also, however, made it clear to Israeli Prime Minister Benjamin Netanyahu that she is not happy with his progress on peace. When Netanyahu called Merkel in February 2011 to communicate his displeasure with Germany's vote in favor of a Palestinian proposal to condemn Israeli settlement construction on the West Bank, Merkel lost her patience. "How dare you!" she responded according to the Israeli daily Haaretz. "You are the one who disappointed us. You haven't made a single step to advance peace."

Gauck, by all accounts, has thus far had more success in his attempt to walk the same tightrope. Prior to the state visit, Dieter Graumann, head of the Central Council of Jews in Germany, had voiced his hope that "hopefully the president will contribute to a fairer and more understanding approach to Israel." Following his Yad Vashem appearance, Graumann said that Gauck was very much on the right track.

Even members of his entourage have been surprised with the apparent ease that Gauck, who has little experience on the global political stage, has navigated the difficult terrain of German-Israeli relations. His message has been clear: Germany stands firmly at the side of Israel, Germany supports a two-state solution to the Middle East conflict, and Germany hopes to avoid a military confrontation with Iran.

Nowhere was that message better visible than at his welcoming banquet on Monday evening. When Israeli President Shimon Peres assured Gauck that Israel was at the "zenith" of the process towards realizing the two-state solution with the Palestinians, Gauck gently countered that "only courageous steps will make it possible to overcome the stasis in the peace process."

In consultations with Israeli Foreign Minister Avigdor Lieberman on Tuesday, Gauck criticized Israel's settlement policies. Yet he also told journalists that "Germany should be the absolute last country to turn away from friendship and solidarity with Israel."

Gauck still has several touchy meetings to go, though. On Wednesday afternoon, he is scheduled to sit down with Netanyahu. On Thursday, a visit to Ramallah for talks with the Palestinian Authority is planned.

But even before he left, the German president said that the success of his visit would depend on striking the right tone. So far, he has been a maestro.

With reporting by Florian Gathmann in Jerusalem 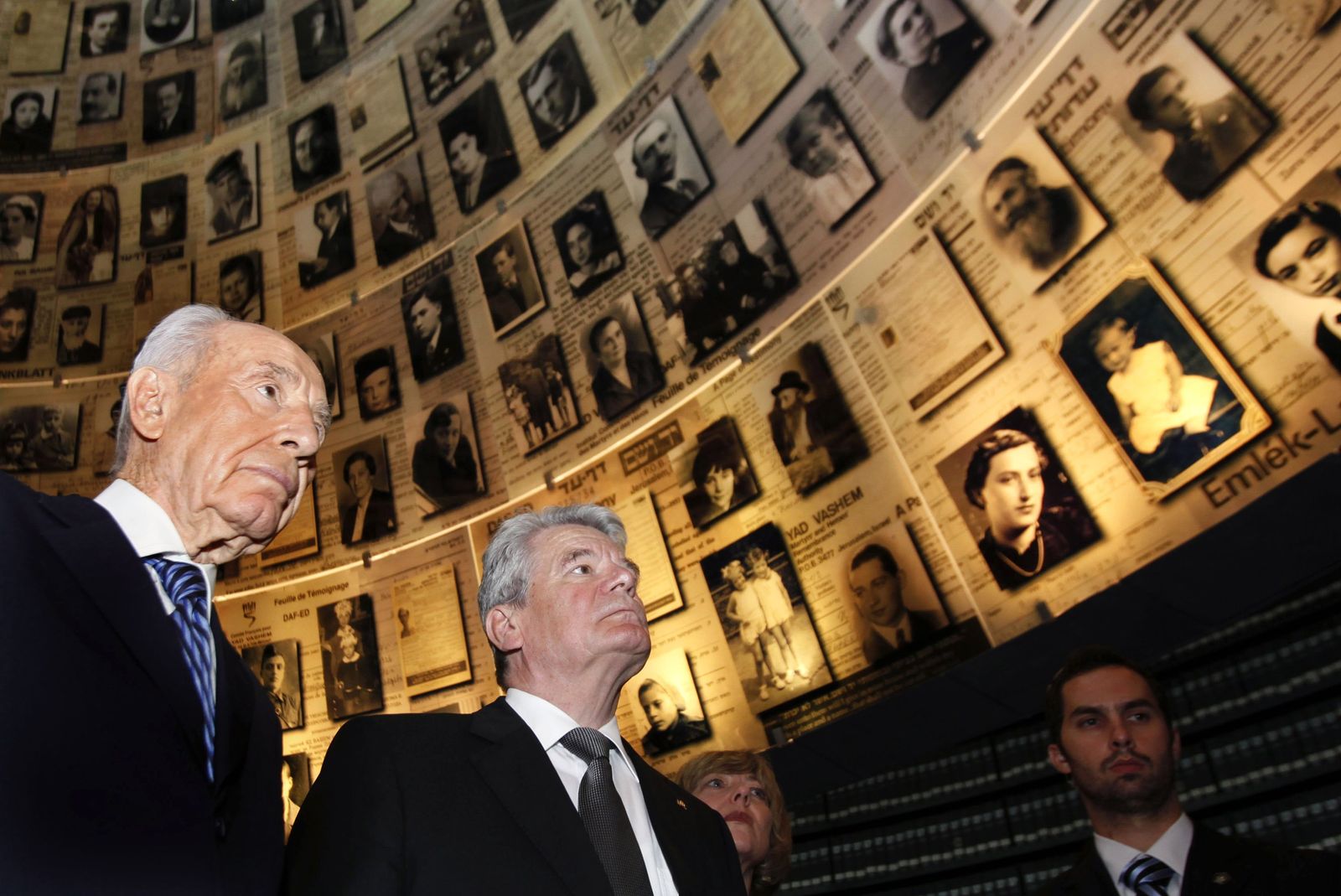