German President Joachim Gauck urged Chancellor Angela Merkel on Sunday to explain her euro policies in a remark interpreted as criticism from the outspoken former civil rights activist whose nomination she tried to block.

Speaking about the euro crisis, Gauck, in an interview with the public television station ZDF broadcast, said: "She now has the duty to explain in great detail what it means, also in fiscal terms."

Politicians in general sometimes didn't communicate their polices enough, he said. "Sometimes it's hard to explain what it's about. And sometimes there's a lack of energy to tell the population very openly what is really happening."

Although the chancellor's office had no immediate comment on the advice, it is unlikely to be well received by Merkel, who tried unsuccessfully to prevent Gauck from becoming president in March.

Gauck is not the only politician in the country who feels the chancellor has a lot more explaining to do. Opposition politicians have said they believe her center-right coalition is trying to push too many serious euro-related issues through parliament without explaining them fully or giving lawmakers enough time to discuss them.

Her latest policies will come before the Federal Constitutional Court on Tuesday. The court will rule on a fast-track petition for a temporary injunction against the permanent euro rescue fund, the European Stability Mechanism (ESM), and the fiscal pact.

Gauck became president in March. His role is largely ceremonial but he can wield influence through public statements and speeches and by refusing to sign legislation.

His criticism comes at a particularly difficult moment for the chancellor. Merkel has been widely attacked abroad - and even depicted as "Europe's most dangerous leader" by left-wing UK magazine "New Statesman" - for insisting on strict austerity programs for high-debt and recession-hit nations in the euro crisis.

She has come under increasing pressure from the governments of France, Italy and Spain to soften her stance, and she was pushed into making concessions at an EU summit at the end of June.

"Joachim Gauck is right," said Thomas Oppermann, a senior member of the German opposition Social Democratic Party. He has "exposed the chancellor's weakness."

Despite the criticism, Germans appear happy with Merkel's performance. An opinion poll released on Friday showed a big improvement in her approval ratings. A total of 66 percent of Germans were pleased with her work, according to the Deutschlandtrend survey conducted for the ARD public television network. That was eight points higher than in the last poll undertaken four weeks ago. 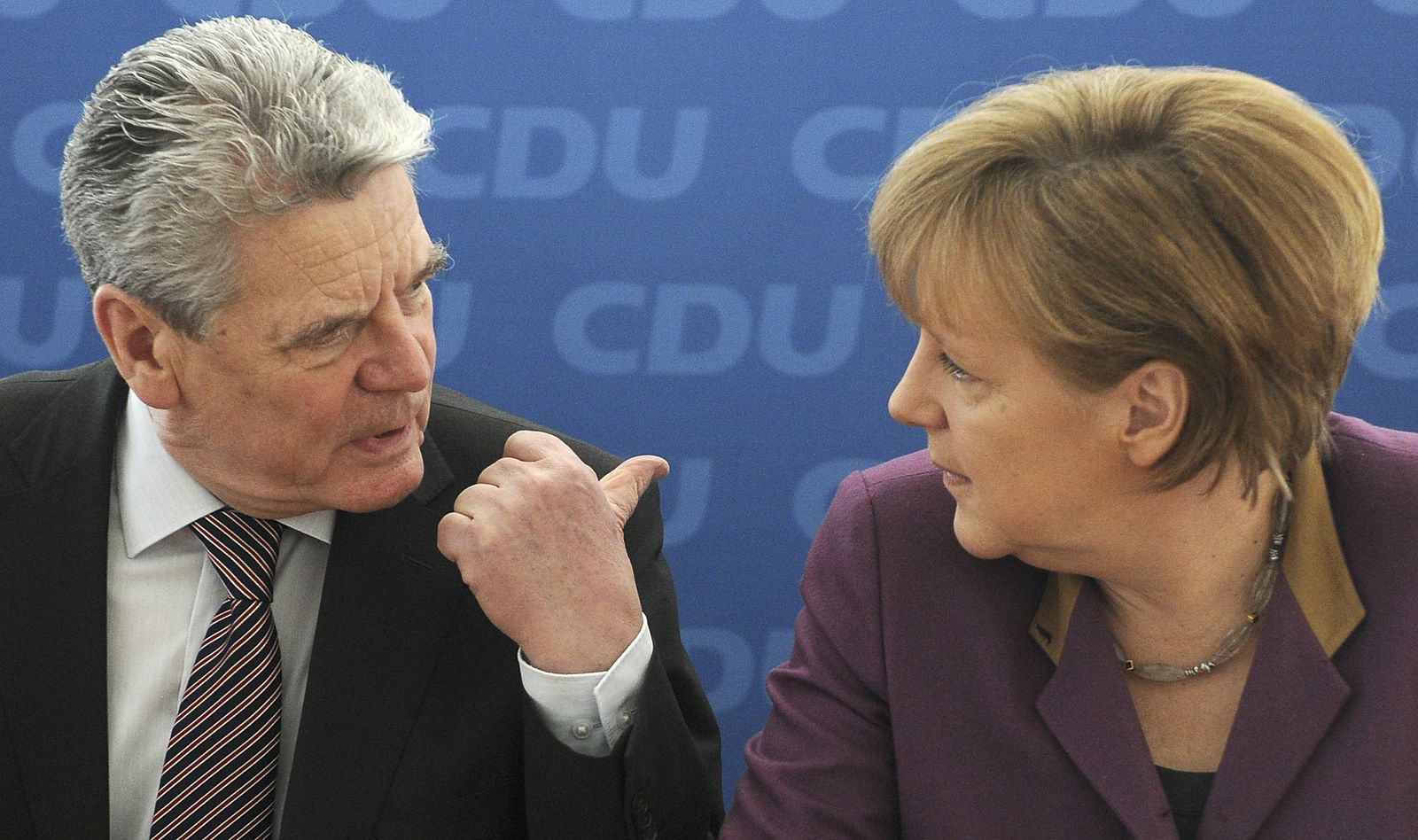